James McClean has his say on Declan Rice situation

McClean has had his say.

Declan Rice has not been included in the Republic of Ireland squad for the Uefa Nations League game against Wales next month. Ireland will play Wales in Cardiff on September 6, in their first match in the new Nations League tournament, before travelling to Wroclaw to play Poland in a friendly on September 11.

But Rice won't be part of the travelling panel after Martin O'Neill revealed that the youngster wants more time to decide on where his international future lies.

O'Neill has said that Declan Rice just wants a "little bit more time" to decide on his international future https://t.co/tFnK56q4L6

END_OF_DOCUMENT_TOKEN_TO_BE_REPLACED

The 19-year-old has three caps for the country and was comfortably Ireland's best player in each fixture.

However, O'Neill has said that the West Ham defender wants more time to decide on his international future. Rice is from London, but qualifies for Ireland through an Irish grandparent and has played for the country at underage level.

END_OF_DOCUMENT_TOKEN_TO_BE_REPLACED

After impressing for Ireland, and for the Hammers last season, the youngster has been sounded out by England about switching international allegiance.

If Rice were to play in the Nations League game against Wales, he wouldn't be able to switch to England as the tie counts as a competitive international. It appears he is taking more time to decide where his future lies.

Martin O'Neill: He (Declan Rice) is still deliberating. He is a young man. England have spoken to him. He is taking time to make his mind up. He has done brilliantly for us. I'm giving him a little bit of time. #COYBIG pic.twitter.com/jFvCzHmgY0

"He is still deliberating," O'Neill told reporters at the Aviva Stadium on Monday afternoon.

"He is a young man. Obviously, England, the place of his birth, have talked to him. We respect that. I think he just wants a little bit more time. It's probably to do with the fact that he started the season with a new manager at club level, and he's trying to cement a place there. I'm still hopeful. He is taking time to make his mind up. He has done brilliantly for us. I'm giving him a little bit of time." 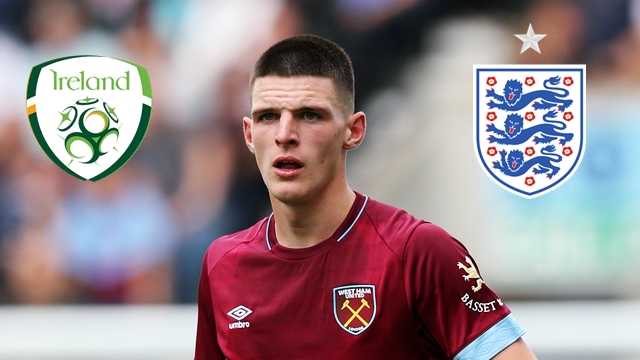 "I’d hope that he knows that this Wales game is you committed." Martin O'Neill has said that h...

The news has had a mixed response. Some Ireland fans accept that the 19-year-old may need more time to decide, and such a decision isn't an easy one.

However, others, such as former Ireland international Kevin Kilbane, can't understand why Rice is reluctant to commit his future to the Ireland team.

The former winger said he would rather Ireland "were ranked 150th in the world and never qualify again" than have a player is unsure about their international allegiance.

I’d rather be ranked 150th in the world and never qualify again than have someone who has played, but needs time to THINK whether they should play for us again. Well done to MON for transparency. https://t.co/6oXlwXEpaP

Current Ireland international James McClean agrees with Kilbane, and tweeted his response to the Rice situation on Monday night.


popular
Rangers legend says he and Roy Keane didn't speak during Man United spell
Chris Sutton praises and throws subtle dig at Rangers after Europa League final loss
The coolest customer in hand-ball hoping to carry on the family tradition for Kilkenny
Rhodri Giggs accuses Gary Neville of hypocrisy over Salford sacking
FootballJOE's Career Path Quiz: #6
PSG offer Kylian Mbappe 'complete control' with insane contract offer
"I think there are only five Kilkenny players who are guaranteed to start on any given day" - Cody's motivational methods
You may also like
5 days ago
Five Ireland players who could be on the move this summer and the clubs they could sign for
1 week ago
Wayne Rooney takes aim at Paddy Kenny's goalkeeping in Man City title win
1 week ago
Joey Barton comments on Glenn Whelan's future following Bristol Rovers promotion
1 week ago
Tottenham and West Ham chasing Ireland Under-21 star Ollie O'Neill
1 week ago
Two Premier League clubs interested in signing Gavin Bazunu on loan from Man City
1 week ago
Scott Parker claims Mark Travers 'epitomises everything' Bournemouth are
Next Page