Just appalling defence from Norwich as the 20-year-old Ireland international was left stranded.

James McClean is only 33, but he is now into his 17th season as a pro footballer. His Wigan side are back in the Championship and showing they are up for the fight.

The Latics were promoted from League One, last season, and McClean scored 10 goals in 37 appearances to help them on their way. Against Norwich City, at Carrow Road, this afternoon, the Derry native opened his 2022/23 goalscoring account. 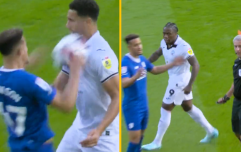 END_OF_DOCUMENT_TOKEN_TO_BE_REPLACED

As the early Saturday kick-off neared the half-hour mark, Norwich had a throw-in over on the left-hand side, midway into their half. Dimitris Giannoulis had the throw-in, and the Canaries tried to play their way out of defence, but a stray pass to Kenny McLean was intercepted by Will Keane.

All of a sudden, from their own throw, Norwich were exposed and centre defender Andrew Omobamidele was left home alone. 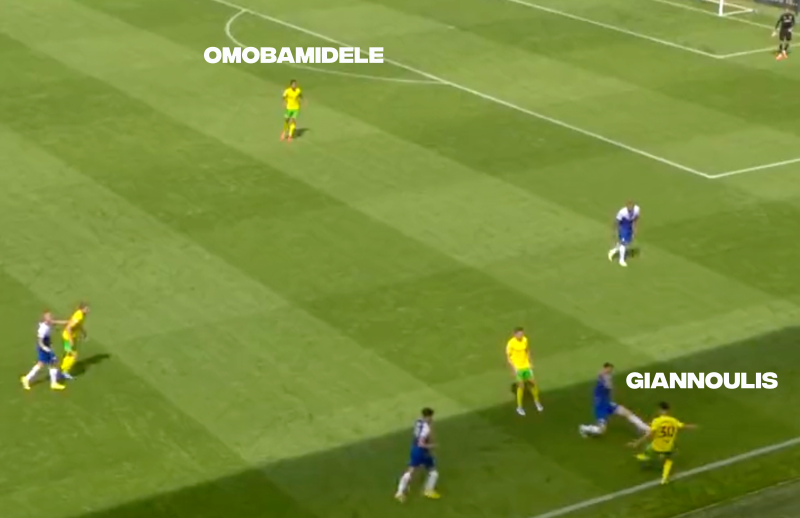 Keane then strode forward and played in a lovely thru-ball for a charging James McClean.

There was still a lot for Keane's Wigan and Ireland teammate to do, but he cooly slotted home and soaked up the catcalls from the irate home support.

END_OF_DOCUMENT_TOKEN_TO_BE_REPLACED

The Wigan lead lasted until the 61st minute, when Teemu Pukki and Milot Rashica combined to set up Max Aarons for the equalising goal. Pukki was almost the home hero, later in the piece, but his curling effort cannoned off the Wigan crossbar.

The game ended 1-1, leaving both sides winless after two games of the Championship season. McClean was named the Sky Sports man of the match, after a productive game that saw him win the ball back from Norwich on 10 occasions.

McClean is currently on 94 caps for Republic of Ireland and has already played 22 times for Stephen Kenny since he took over as manager.


popular
Roy Keane cracked up Ian Wright and Gary Neville with England team spirit remark
'I was so stressed the week before the All-Ireland and I ended up having a panic-attack' - O'Shea and O'Sullivan open up
Roy Keane shoots down ITV presenter's 'excuse' for England's draw with USA
Wales supporter who travelled to World Cup with his son dies in Qatar
World Cup 2022 Day Seven: All the major action and talking points
The nine England World Cup footballers who could have played for Ireland
Amancio Ortega interested in buying Man United from Glazers
You may also like
1 month ago
Errigal Ciaran's journey to Tyrone championship final is a story of fathers and sons
1 month ago
The most bizarre goal ever was scored in the Armagh senior championship
4 months ago
Safe standing areas can be introduced in Premier League from 2022/23 season
4 months ago
All-Ireland hurling semi-finals: What date, what time and where to watch
5 months ago
“There is clearly a requirement for three tiers" - Kevin McStay on championship restructure
2 days ago
World Cup 2022 Day Five: All the major action and talking points
Next Page