The World Cup in Brazil was a forgettable one for English football. Consecutive defeats against Italy and Uruguay made it impossible for Roy Hodgson's side to qualify for the knockout stages before they'd even kicked a ball in their final game - a goalless draw with Costa Rica.

In contrast, the USA team were one of the success stories, making it out of a group containing eventual winners Germany, Portugal and Ghana. They failed to get past Belgium at the last 16 stage, though did manage to take them to extra-time.

America's progress was celebrated back home, with thousands turning out to watch the team in open air screenings in several major US cities. This, it was said, was another sign of the sport's growth in the country. 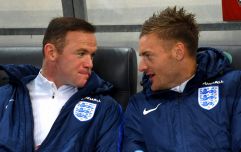 END_OF_DOCUMENT_TOKEN_TO_BE_REPLACED

Unfortunately, from an American perspective, the US team couldn't build on this, failing to qualify for this year's tournament in Russia.

England, however, are there. And with a little help from James Corden, their players are attempting to convince America to pledge their support to them for the tournament. 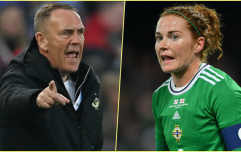 END_OF_DOCUMENT_TOKEN_TO_BE_REPLACED

In a sketch for The Late Late Show, the American talk show Corden hosts, he's seen persuading Kyle Walker, Dele Alli, Harry Kane, Jesse Lingard, Eric Dier and Jamie Vardy that it's in their best interests to have the backing of the US's soccer/football obsessed public.

Alli dresses as the Statue of Liberty, Walker struggles to say the word 'soccer', Lingard shows off his limited knowledge of US geography...and Vardy attempts to impersonate a cowboy.

Here, have a watch: 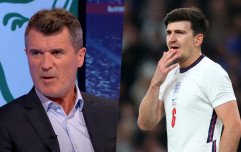 END_OF_DOCUMENT_TOKEN_TO_BE_REPLACED

England's win over Tunisia on Monday night means they are in a strong position to qualify for the tournament's knock-out stages. Should Belgium beat Tunisia on Saturday, a place in the last 16 is guaranteed for England if they beat Panama the next day.


popular
Rangers legend says he and Roy Keane didn't speak during Man United spell
The coolest customer in hand-ball hoping to carry on the family tradition for Kilkenny
Oli McBurnie: Police investigating video of alleged 'stamp' on Nottingham Forest fan
Josh van der Flier and Sam Monaghan win big at Irish rugby awards
Rhodri Giggs accuses Gary Neville of hypocrisy over Salford sacking
"I think there are only five Kilkenny players who are guaranteed to start on any given day" - Cody's motivational methods
FootballJOE's Career Path Quiz: #6
You may also like
1 day ago
Owen Farrell, Manu Tuilagi and 10 uncapped players in latest England squad
1 week ago
"I've probably watched every single Paul O'Connell speech" - Kyle Sinckler
1 month ago
Italy head into Ireland clash off the back of 74-0 drubbing by England
1 month ago
"You’d love to have a go off that" - Ronan O'Gara on England job possibilities
1 month ago
Jordan Henderson baffled by what Harry Maguire did in England training
1 month ago
Marlie Packer grabs super hat-trick as England demolish Scotland
Next Page