Pray for his ankles in that league

Jack Wilshere could be offered the chance to join Brazilian team Fortaleza, according to local newspaper O Povo.

It is claimed that the club who finished fourth in Brazil's Serie A last season are looking to sign the free agent before their inaugural campaign in the Copa Libertadores. Wilshere would be the first of several big names the club want to recruit to boost the club's profile ahead of a huge season.

END_OF_DOCUMENT_TOKEN_TO_BE_REPLACED

Wilshere has been without a club for seven months after leaving Bournemouth at the end of the 2020/21 campaign. Persistent injuries over the course of his career have seen the player once hailed as England's next Paul Gascoigne end up struggling to find work as a player at the tender age of 29.

It was reported that Wilshere turned down the chance to link up with his former England teammate Wayne Rooney at Derby County in the summer window, instead choosing to maintain his fitness levels by training with Arsenal, where he made 197 appearances between 2008 and 2018.

"He is this type of character who adds special feeling to the club," Mikel Arteta told reporters, earlier this month. "He comes in every day with a smile on his face, trying to do his best.

"His talent is unquestionable. When you see him in training, I think you have had some players say he is the best in training. So he has that." 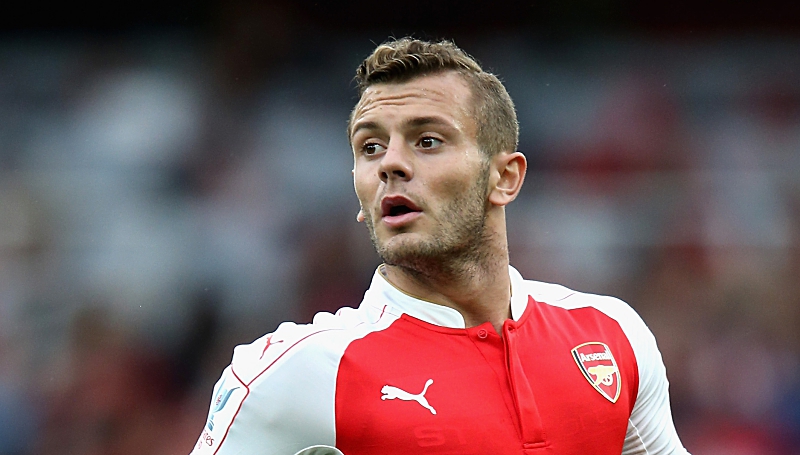 END_OF_DOCUMENT_TOKEN_TO_BE_REPLACED

The midfielder has also trained with Italian Serie B side Como during his period of unemployment, and time is running out for him to find a club before he is consigned to the dustbin of history, making annual appearances at Soccer Aid.

A move to South America would require getting his family to up sticks and start a new life over 4,000 miles away, but a fresh environment could be exactly what he needs to salvage the end of his career.

One does worry about his ankles in the famously rough Brazilian Serie A, though, where pitches are not exactly like the 'carpet' at the Emirates.


popular
"Every team did it!" - Paul O'Connell on Roy Keane comment to Ronan O'Gara that he couldn't deny
Everton release brutal 59-word statement to confirm Anthony Gordon departure
Owen Farrell praises Johnny Sexton in revealing interview ahead of Six Nations
"It's crazy to think Bundee Aki might come straight in and start against Wales"
CCCC order replay of All-Ireland club football final
Shane Lowry confirms amicable split from caddie after four and a half year partnership
Five confirmed changes and guidelines to have big impact on 2023 Six Nations
You may also like
2 days ago
"Not cool" - Jurgen Klopp far from happy with question about late Liverpool fouls
2 days ago
John Egan breaks Wrexham hearts and denies Ryan Reynolds a Hollywood ending
2 days ago
Ryan Reynolds makes bullish prediction ahead of Wrexham's big FA Cup moment
2 days ago
Former England captain says Fabinho should have sent off for Evan Ferguson challenge
2 days ago
British publication urges Gareth Southgate to claim Evan Ferguson for England
5 days ago
Roy Keane on Man United's two most improved players since Ronaldo left
Next Page