Southgate has made some big calls.

After some stellar performances for Aston Villa in the Championship this season, a host of England fans had been baying for Jack Grealish's inclusion in Gareth Southgate's World Cup squad.

It would have been a big turn up for the books for the 22-year-old, who was forced to endure some barbs from Republic of Ireland fans after his decision to declare for England two years ago, but the attacking midfielder has been lording it for the promotion seeking Villans all season.

His creativity and confidence in possession is exactly what England have been missing in recent times and in recent tournaments, and there had been calls for Grealish to be included as a result.

The change has come because of Jack Grealish though https://t.co/RP00NpUi6L #AVFC

Tim Sherwood, who coached the Soulhill native in the past was one of many who called for him to be included, on the back of his three goals and six assists in the Championship this season. 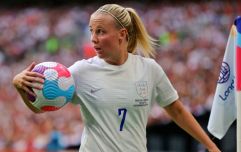 END_OF_DOCUMENT_TOKEN_TO_BE_REPLACED

The official 23 man England squad for this summer's World Cup in Russia was announced on Wednesday afternoon, and the big news is that Grealish has been left out.

Gareth Southgate said before the announcement that there would be no surprises, and he has stuck to his word, opting not to hand out any wildcards to youngsters like Grealish, Jadon Sancho or Ryan Sessegnon. The England boss has only selected players who have played for him during his time in charge.

Joe Hart and Jack Wilshere are the most notable omissions, while Nick Pope and Danny Welbeck have all been included. 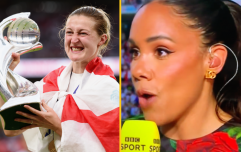 END_OF_DOCUMENT_TOKEN_TO_BE_REPLACED

Ruben Loftus-Cheek's recent form on loan at Crystal Palace has earned him a call-up. The Chelsea man also won Man of the Match in his senior debut for the Three Lions against Germany, back in November.

Here is the full squad.

Ryan Sessengon and Jack Grealish would be in my world cup squad.

If villa were already in the premier league , Jack Grealish would be a shoe in for the world cup .
Why not take him ??@StanCollymore @GarethSouthgate

Jack Grealish should be in the England World Cup squad. If you disagree, that's because you haven't watched him play enough this season.


popular
Mario Balotelli, Luis Suarez, Fernando Torres and why Rio Ferdinand "hated them"
"I don’t trust you" - Joey Barton delivers brutal dismissal of Irish defender
"I remember just hugging this Irish guy" - How one Kiwi rugby star reacted to Ireland's historic series win
"I'll ask for everyone that comes to the game to wear purple and roots for us" - Pat Fitzgerald
Javier Hernandez offers to play for Manchester United for free
The FootballJOE Pub Quiz: Week 49
Gatecrashed interviews and chip-shop previews - Wexford GAA's online coverage sets the standard
You may also like
1 week ago
Chloe Kelly runs off with BBC microphone in brilliant, hectic post-match interview
2 weeks ago
England reach Euros final after audacious goal from Alessia Russo
1 month ago
"Clowns" - Jamie Carragher hits out at England fans calling for Gareth Southgate to be sacked
1 month ago
Gareth Southgate fires back at England critics over style of play
2 months ago
England fans arrested in Munich for Nazi salutes before Germany clash
3 months ago
Northern Ireland coach apologises after blaming defeat to England on 'emotional' women
Next Page