Manchester United's squad is due for some considerable change this summer.

This time last year, Jack Grealish was being strongly linked with a move to Tottenham.

12 months on and the former Ireland underage star is again being linked with a move to a Premier League team. On this occasion, as part of a reported summer squad revamp, it is Manchester United.

In the summer of 2018, Aston Villa remained firm when Tottenham bid what they considered to be a paltry £25m for the then 22-year-old. Grealish committed to staying at Villa Park another season to help the side get back to the Premier League.

That appeared to be a stretch as recently as February when Villa were down in mid-table. However, a recent upturn in fortunes have seen Dean Smith's side climb to fifth in the Championship table and in form at the right time. 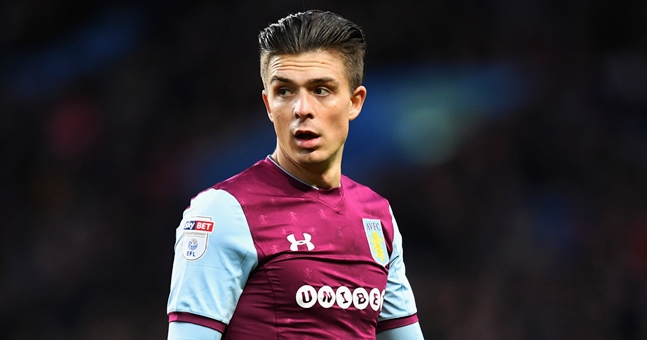 Since returning from a three-month injury layoff in early March, Grealish has inspired an impressive playoff push. In his nine appearances, since his return, he has scored four goals, chipped in with two assists and won man-of-the-match on three occasions.

Asked about Grealish, earlier in the week, Smith told reporters:

"It would be crazy if we didn’t get bids for him. But he has committed his future to the club. He has a long-term contract (four years left) and he’s a Villa fan. He is captain of the club now as well. There are an awful lot of things to keep him at this club for."

END_OF_DOCUMENT_TOKEN_TO_BE_REPLACED

An article in Manchester Evening News suggests United would be foolish not to strongly consider a move for Grealish. The 23-year-old would be able to step into that playmaking role Juan Mata is set to vacate this summer.

The same article does note that United have only signed two English players (out of 26) since Alex Ferguson stepped down in 2013 - Luke Shaw and Lee Grant.

Any move for Grealish would most likely be dependent on how Villa fare in their promotional push. Should they miss out on the Premier League, the chances of Grealish sticking about will surely recede.

United have also been linked with another player that could fill that playmaker role aptly. The Standard, claim Ole Gunnar Solskjaer wants Spurs' Christian Eriksen to come to Old Trafford in a deal that could cost United £60m despite the Dane just having a year left on his current contract.