Hours after his first Premier League start, Jack Grealish addressed the elephant in the room.

The 19-year-old attacking midfielder played 69 minutes of his side's 3-3 draw with QPR, on Tuesday, and impressed his Aston Villa coach, Tim Sherwood.

Grealish was interviewed by BBC Radio after the match and answered the question all Irish football fans wanted to know - 'Why do you wear your socks so low?' 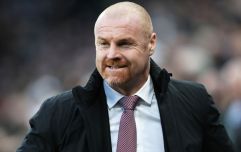 END_OF_DOCUMENT_TOKEN_TO_BE_REPLACED

'It's a superstition,' he opined, 'that I've done all my life and I'm going to keep it that way.'

In order to keep up with this childhood fashion trait, Grealish opts to wear junior-sized shinpads.

'A few referees have tried telling me [not to] but I've got to keep it like that. I haven't had a kick on my shin yet and hopefully not any time soon.' 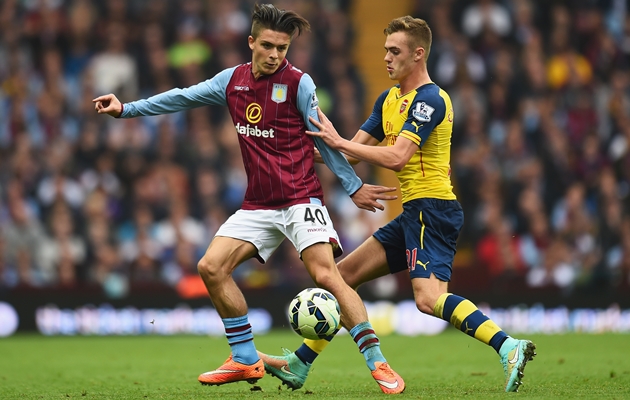 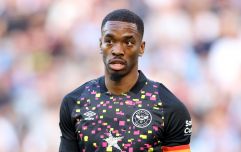 END_OF_DOCUMENT_TOKEN_TO_BE_REPLACED

Sock issues finally put to bed, the Ireland underage international, who has yet to declare his senior intentions, spoke about his first season as a Premier League semi-regular.

'It was a bit of a tough game to get my first start, in a big relegation scrap, but I'm pleased even if I'm not happy about how the game ended up.

'I try and see it as any other football match but it's nice that the gaffer has got that faith in me and hopefully I can try to get a few more starts before the end of the season. He said I deserve my start which is nice to hear and it really gives me a bit of a boost.'


popular
Roy Keane reacts to Brazil's jubilant celebrations in first half demolition job
World Cup 2022 Day 16: All the major action and talking points
Roy Keane handled Gary Neville’s goal celebration as most Irish fans would
Portugal boss could strip Cristiano Ronaldo of captaincy
Rory McIlroy explains 'falling out' with Shane Lowry that lasted a few years
Roy Keane cracks up ITV pundits with description of Senegal supporters
Ronaldo finally reveals why he got that hideous haircut
You may also like
1 month ago
Aston Villa captain reveals how Steven Gerrard reacted at half-time of his final game
1 month ago
Many Aston Villa fans won't agree with Tim Sherwood's surprising Steven Gerrard claim
1 month ago
Roy Keane declares Steven Gerrard's Aston Villa 'have got no bottle'
2 months ago
Jamie Carragher believes that Gavin Bazunu was at fault for Southampton's defeat to Aston Villa
3 months ago
Rio Ferdinand concerned that Antony could follow a similar path to Jack Grealish
3 months ago
Micah Richards backs Steven Gerrard to "turn it around" at Aston Villa
Next Page