The first Ireland game I ever attended was a draw. How many of us can say that...

Managed by Jack Charlton, Ireland had a March friendly against Russia in 1994. Qualification for the World Cup had been secured by Alan McLoughlin's equaliser against Northern Ireland the previous November.

I was supposed to meet my sister at Lansdowne House pub but there was an office up the road with a similar name and that is where she was waiting. There were no mobile phones to sort it out so I had to call my dad from the pub's pay-phone and tearfully tell him my sad tale.

The pub was emptying out as the game kicked off. My dad told me to hang on. I was fortunate that his garage was in town. He was there within 20 minutes and we got in to catch the end of the first half. I can't remember too much of the game, save that David Kelly was up front and Jason McAteer was playing. Packie Bonner, my hero, played the first half before being replaced by Alan Kelly but I got to see him make one save before the switch was made.

The game was so uneventful that the other things that stood out were the crush of fans pushed up to the front, my dad's reassuring arm on my shoulder and the Mexican waves that kicked off in an uneventful second half. The boos when the West Stand didn't play their part.

Moreover, though, I was glad to finally be involved. To get a taste of a live Ireland game after so many years dreaming about what it would be like. 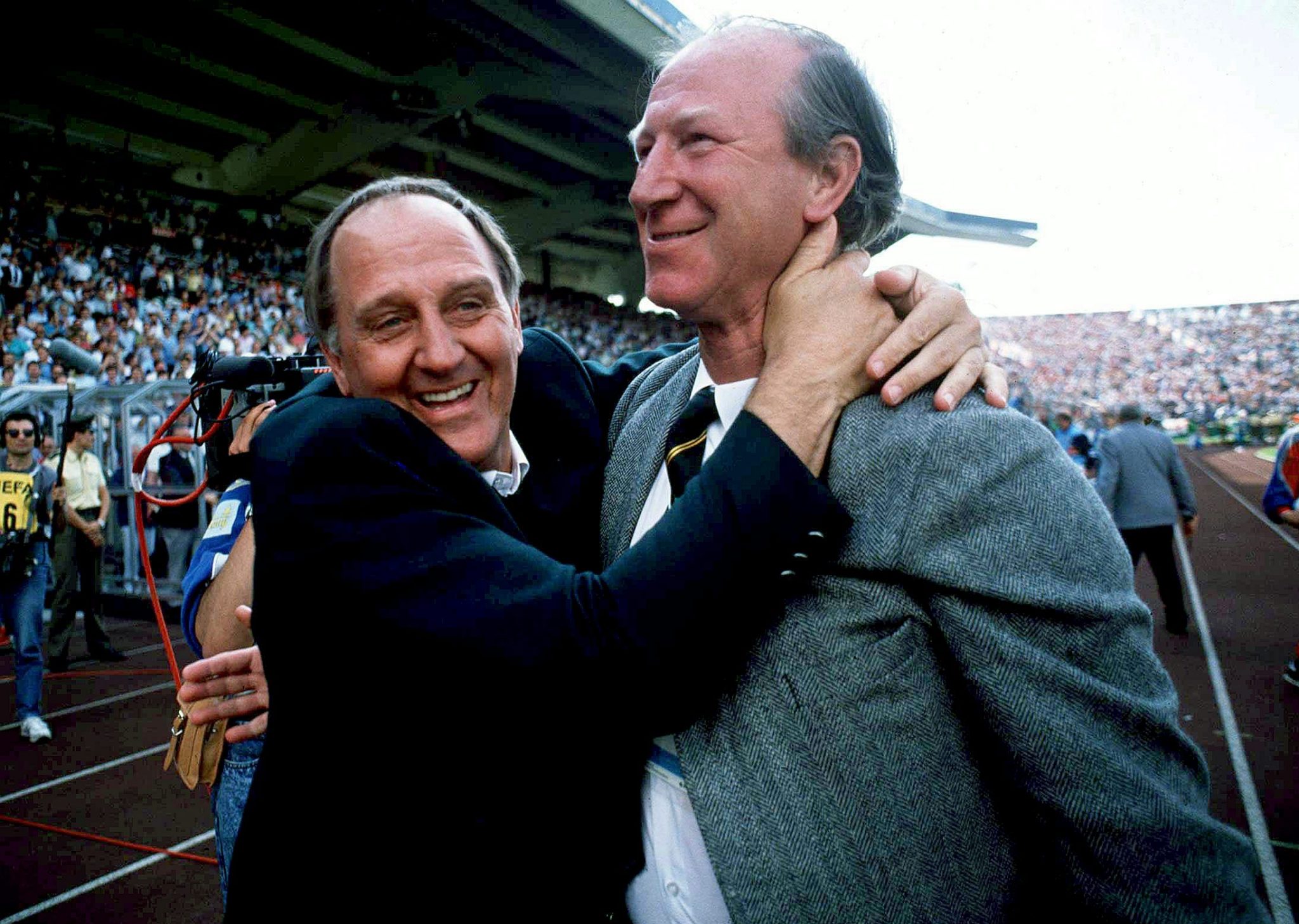 It is fair to say that if it was not for Jack Charlton's Ireland, I may never have been infused with this lifelong love of football.

Growing up with three older sisters and a father who was more into GAA, there was never a huge push for me to play football. I was more into the A-Team and Star Wars. That all changed when Ireland qualified for Euro 88. I can't recall the qualifying campaign - and Gary Mackay's goal for Scotland against Bulgaria that got us there - but I remember every moment of the tournament itself.

END_OF_DOCUMENT_TOKEN_TO_BE_REPLACED

Most of us now look back on that win over England as a halcyon wonder, but all I remember is the knots in my stomach. Ray Houghton scored early and it was a tense watch from there-on out. At half-time, I went out into the back garden and practised kicking the ball against the wall with left and right feet. My next door neighbour spoke with me, over the back wall, and told me we'd get the result.

He was right. Nothing was getting past that big lump of a lad from Donegal. I was already in the Bonner fan-club by then but that game made my mind up - I was going to be a goalkeeper.

The whole house was invested in that game, and that tournament. Ireland outplayed the USSR and were damn unlucky against The Netherlands. Ireland were good.

People talk of bandwagons these days as if they are something to be ashamed of. Back in the late 1980s and early 90s, the nation poured onto the Irish football bandwagon and held out our arms to help others aboard. Charlton's Ireland gave us - young and old - something to be proud of.

Italia 90 saw interest in the team explode. There was the Kevin Moran 'Bureau de Change' advert, the World Cup 90 sticker book, the inflatable Jacobs shamrocks, the new adidas jerseys, Gary Waddock missing out on the squad and big Liam Brady debates raging in the media.

Every game was seismic. Kevin Sheedy cancelled out Gary Lineker in Palermo, Eamon Dunphy summed up our frustration against Egypt and Niall Quinn saved the day against The Netherlands. Bonner and David O'Leary were the penalty shoot-out heroes against Romania. 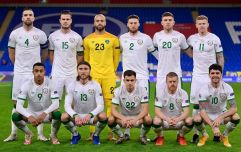 END_OF_DOCUMENT_TOKEN_TO_BE_REPLACED

We watched that game, again, at home. My dad had given everyone a half day from work at his garage and as we headed home to Tallaght, we passed house after house with tricolours flying and fans in all manner of green jerseys and t-shirts converging on pubs. There was a party brewing around the Cherrytree at the Walkinstown Roundabout.

Quinn nearly, nearly saved us again in the World Cup quarter final but Toto Schillachi's goal did for us. That would be the peak for Jack Charlton and Ireland. The Irish boss declared:

"We prepared properly. We had a little bit of sun. We ate well. And we drank very little. We’re gonna change that tonight."

As Giles, Dunphy and O'Herlihy reflected on our exit, back in the RTE studios, the cameras would cut back to Charlton and his players as they saluted the Irish fans still singing at the Stadio Olimpico. Charlton was moved to tears by it all. 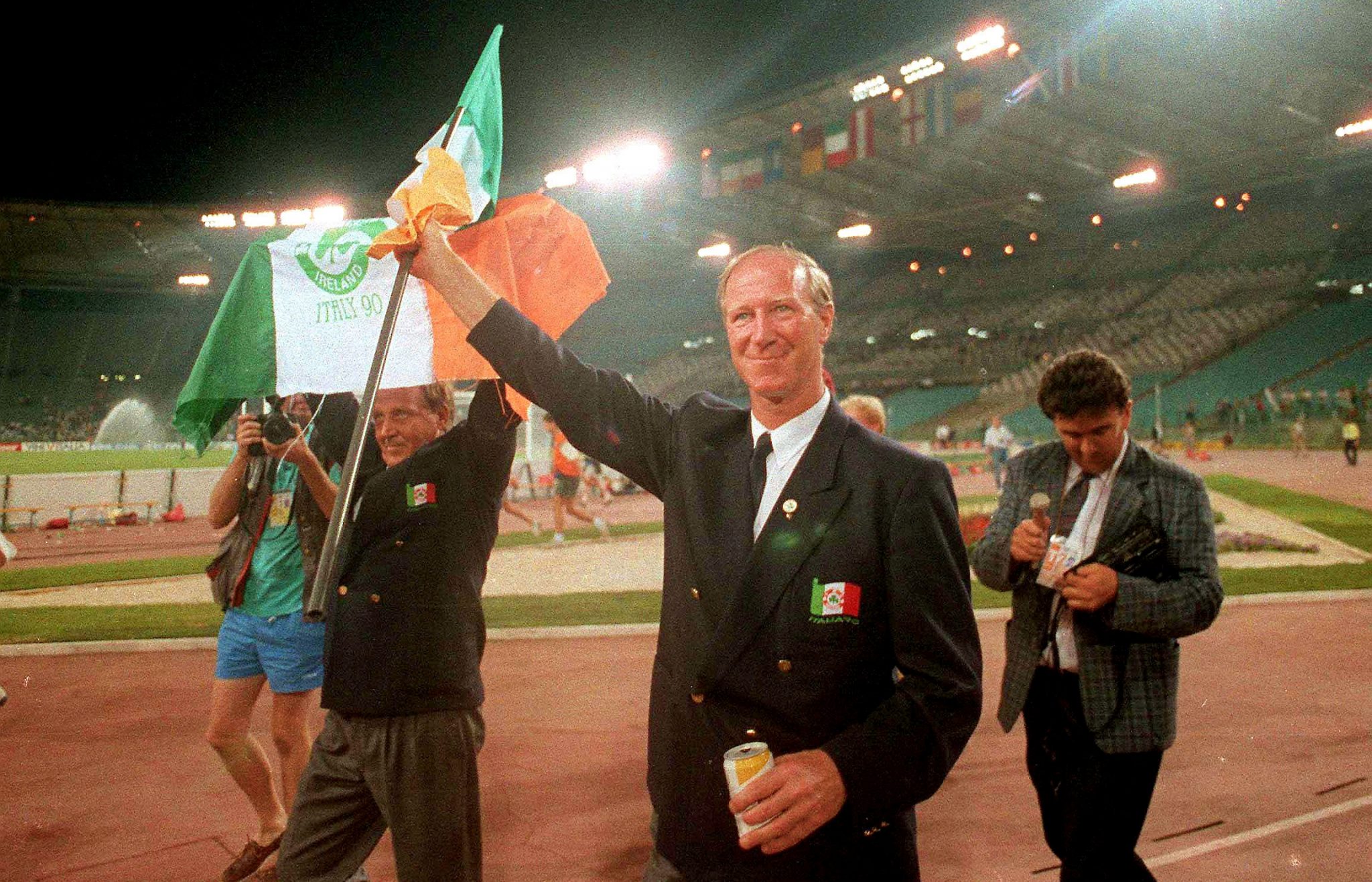 A late Lineker goal, in qualifying, saw us miss out on Euro 92 and we told ourselves, 'That could've been us' when the Danes won it. McLoughlin's strike against Northern Ireland got us over the line, to USA 94, when Julio Sallinas spoiled the premature party plans in Dublin.

Charlton injected some new life into his team for that World Cup, with Gary Kelly, Phil Babb and Jason McAteer joining Manchester United's Roy Keane in the squad. We beat The Netherlands, Bolivia AND Germany in our warm-up matches and not even a 3-1 friendly loss to the Czech Republic could dampen our enthusiasm heading to that tournament. 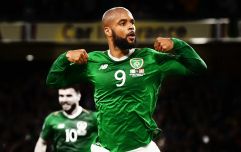 END_OF_DOCUMENT_TOKEN_TO_BE_REPLACED

Ultimately, though, Ireland were missing an attacking spark at USA 94. Mexico, The Netherlands and the sapping heat did for us and we headed home earlier than we expected. There was a big home-coming at Phoenix Park and the sheepish smiles of the players who had expected more themselves.

Qualifying for Euro 96 was fraught and it was a minor miracle that we got as far as that playoff at Anfield before the Dutch put us to the sword. The fans in attendance must have sensed the end was coming into focus. The Netherlands had qualified but their fans were drowned out as Charlton, holding an Irish tricolour aloft, was acclaimed. Even after he left the pitch, they sang his name.

There would be no farewell game for Charlton - the FAI let him know he was being let go in a car park soon after - but he would forever hold a place in Irish hearts.

From a mining town in the North of England, Charlton was wilfully uncultured. He liked to fish and he liked a good pint, and a nice cigar. That wor it.

When the ball fell to Bobby Moore, in the final minute of the 1966 World Cup final, Charlton bellowed at him to 'ROW Z!'

Moore looked up and played a wonderful ball to Geoff Hurst and England won it 4-2. They would have won with ROW Z too. Charlton cherished the ugly wins, but he did appreciate beauty when he saw it.

In 2015, some 20 years after himself and Maurice Setters waved goodbye in Liverpool, 'Big Jack' was invited back to Lansdowne Road (now the Aviva Stadium) as guest of honour for an Ireland friendly with England.

He tipped his cap to us and we sang back Olé, Olé, Olé.

That game ended in a draw too. The circle was complete.