"Ah stop, it's mad, it is!" - Jack Byrne famished for more after impressive debut

Jack Byrne got 30 minutes off the bench. It was enough to leave the nation wanting more.

The former Manchester City and Blackburn midfielder took what many would have considered to be a sizeable step back when, earlier this year, he left the UK, from Kilmarnock, to sign up with Stephen Bradley's Shamrock Rovers.

Plenty of promising footballers have done likewise and made successful careers for themselves in the League of Ireland but those that have seen Byrne play - on TV but most particularly live - are convinced he is destined for a bigger stage.

For Byrne, and a plethora of Irish football supporters, there is no bigger plinth that representing your country in international football. On Tuesday night, at a sparsely crowded Aviva Stadium, Byrne got a decent cameo on that stage and grasped the opportunity. 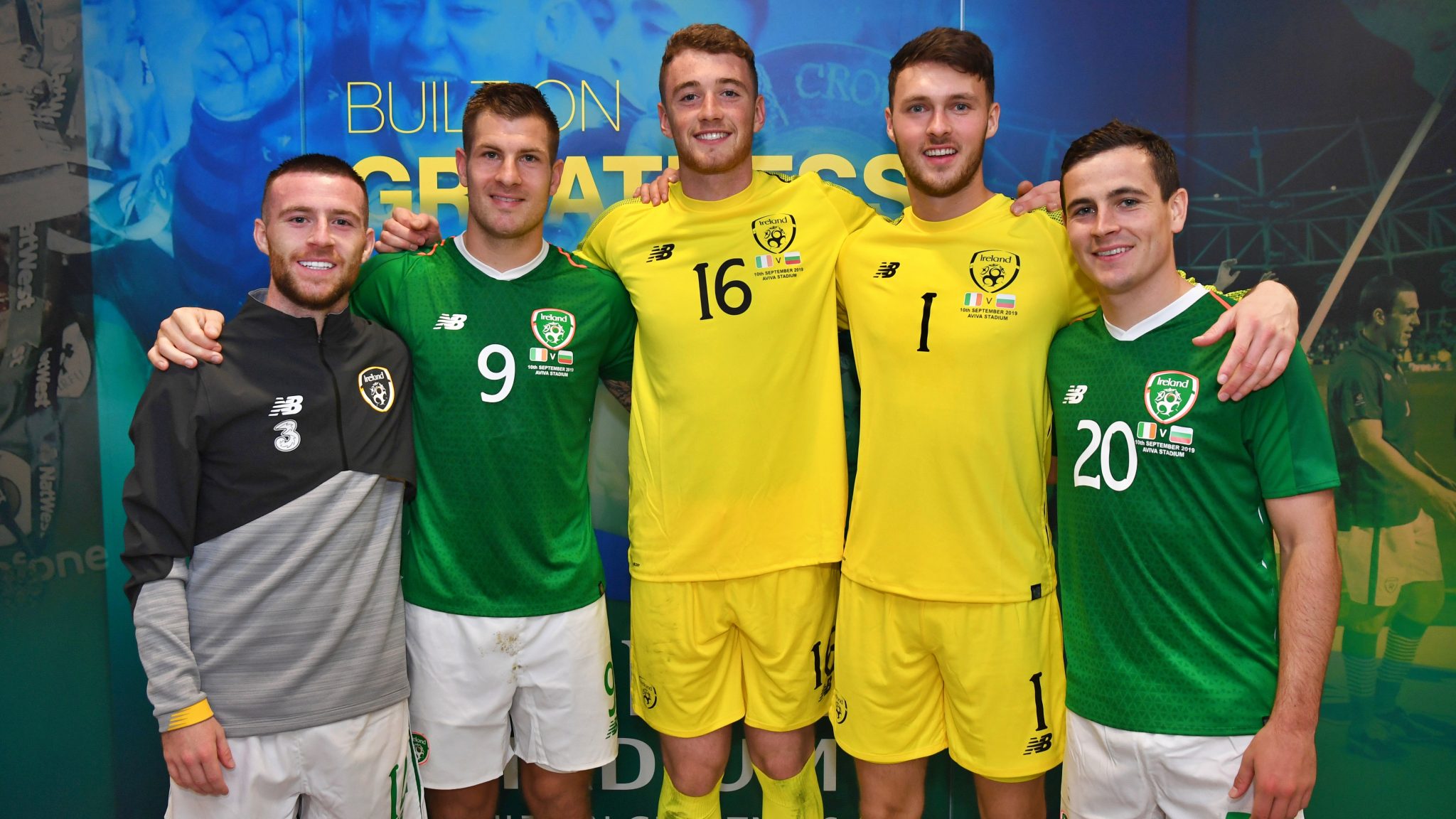 Byrne replaced Alan Judge on 59 minutes with Ireland leading 1-0. An Ivelin Popov penalty, eight minutes later, put us on course for our squilionth 1-1 draw in football history but Byrne and his teammates had other ideas.

Mick McCarthy sprung James McClean and Enda Stevens from the bench soon after that Bulgarian equaliser and the home side set about ending a positive night for Irish football - the U21s had earlier beaten Sweden away - on a real high.

Byrne's passing was on-point and he was imbued by that unhurried demeanour that so often courses through the veins of the naturally talented. With a jog on the spot run-up for an 83rd minute corner, he curled in an inviting cross that Kevin Long headed home. He was not done yet.

END_OF_DOCUMENT_TOKEN_TO_BE_REPLACED

Two minutes later, he featured heavily in the build-up to Ireland's third goal and his lofted ball into the path of Stevens took out the Bulgarian defender and gave the left-back a clear view of the targets in the box. He picked out James Collins and the Luton forward, another on debut, fired home.

Byrne and the four other Irish debutants lapped up the acclaim from the crowd after the final whistle. This was far from a full house but the supporters will start filling plenty of seats if this upward curve continues.

Following the game, Byrne spoke with the FAI's own social media crew about a debut night to remember:

"Ah stop, it's mad it is. It's indescribable and I can barely get my words out at the moment. I'm buzzing, buzzing."

"It's a really proud moment for me and my family," he added, "especially to do it in Dublin, with all my family and friends there. Just to get on the pitch is unbelievable. Something you dream of since you're a kid."

Byrne said his mindset, running onto the pitch, was to 'do what I normally do and get on the ball'. He certainly did that and always showed for the ball, eager to play his part. It is something former Ireland assistant manager Roy Keane and current captain Seamus Coleman have long since yearned for.

Grinning broadly as teammates and backroom staff members walked by the interview area, Byrne spoke about how he wanted to get on the ball high up the pitch as he felt that was where he could make the most significant impact.

"Irish fans love when they see young lads make their debuts," he noted and he was bang on.

As for his debut jersey? "I'm going to get it signed," he responded, "and it will go up somewhere in my ma's gaff!"

One hopes that Ireland jersey is the first of many Jack Byrne gets to don in the international arena.


popular
Jake Paul set upon by Floyd Mayweather and security staff after confrontation
The Garry Ringrose narrative around the Lions Tour is complete bull
South African media shocked by Lions omissions of Sexton and Ryan
"Sadly at this point in time, it's Johnny" - Why Sexton missed Lions spot
'Jesus Christ! How am I going to put up with this lad for nine weeks?!'
You'd swear the world was ending as Spanish tv host goes after Eden Hazard
The biggest Lions head-scratchers as Warren Gatland surprises us all
You may also like
1 month ago
30 seconds of Stephen Kenny firing bullets
1 month ago
Brighter days ahead for impressive young Bazunu
1 month ago
Brian Kerr had seen this coming from miles away, we just weren't ready to hear it
1 month ago
"It's a shocking result... That's on us. We should be embarrassed" - Seamus Coleman
1 month ago
Full Ireland ratings after pitiful home defeat to Luxembourg
1 month ago
Gavin Bazunu starts in goal as Ireland team to face Luxembourg named
Next Page