Who doesn't love a redemption story?

"Me going to a big club when I was like 19 or 20, I didn’t know what to expect, how to behave, whatever," Zaha recently told Sky Sports. "I was just a youngster who wanted to do tricks, I didn’t even care about end product really."

However, since his ill-fated spell with the Red Devils, Zaha has matured into one of the most influential wingers in the Premier League. 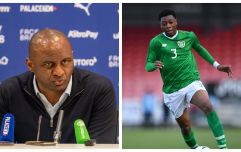 END_OF_DOCUMENT_TOKEN_TO_BE_REPLACED

Palace supporters will testify to the fact that the club would be in a far worse position if not for the efforts of Zaha throughout this campaign.

Seven goals, two assists and more dribbles than any other player in the Premier League this term have gone some way to aid the club in its bid to avoid relegation. 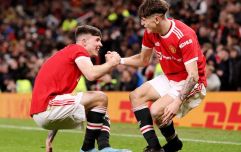 END_OF_DOCUMENT_TOKEN_TO_BE_REPLACED

Palace are all but safe and while a bottom-half finish seldom results in many plaudits, Robbie Savage has made a point of showering Zaha with praise.

Savage, writing in his Mirror column, believes that the 25-year-old should be discussed in the same breath as some of the country's top players just based on what he's contributed to the Palace cause.

"Wilfried Zaha has barely got a mention in any Player Of The Season polls but nobody has been more important to their club this year," Savage wrote.

"Crystal Palace were a sinking ship when they lost their first seven Premier League games without scoring a goal, but they have had two saviours [Zaha and Hodgson].

"When we talk about players being the biggest single ­influence on their teams, it’s easy to think of Mo Salah at Liverpool, Kevin De Bruyne at Manchester City, and Harry Kane at Tottenham.

"But, along with Salah, none has been more influential than Zaha. Without him, Palace would have sunk long ago."


popular
Rangers legend says he and Roy Keane didn't speak during Man United spell
The coolest customer in hand-ball hoping to carry on the family tradition for Kilkenny
Oli McBurnie: Police investigating video of alleged 'stamp' on Nottingham Forest fan
Josh van der Flier and Sam Monaghan win big at Irish rugby awards
Rhodri Giggs accuses Gary Neville of hypocrisy over Salford sacking
"County football isn't for everyone" - Down captain Barry O'Hagan hits back at criticism
"I think there are only five Kilkenny players who are guaranteed to start on any given day" - Cody's motivational methods
You may also like
1 month ago
Chelsea fans can buy tickets for Real Madrid home leg and FA Cup semi-final
1 month ago
Michael Olise shot produces 'real-life FIFA glitch' in build-up to Palace goal
2 months ago
Lineker and Shearer defend Lukaku after seven-touch disasterclass against Crystal Palace
3 months ago
"That is not a penalty. Never in a million years" - Liverpool steeped with controversial VAR call
4 months ago
Tottenham Hotspur Crystal Palace game to go ahead despite Eagles' covid concerns
5 months ago
Four talking points as Man United beat Crystal Palace in Ralf Rangnick's first match as manager
Next Page