No Irish man has played in the Fifa Club World Cup since 2008.

Back then, John O'Shea and Darran Gibson were Champions League winners with Manchester United and they were a part of the squad that made the trip to Japan for the end of year competition.

Roy Keane and Denis Irwin have also participated in the tournament in the past.

Fast forward ten years and an Ireland player is back in the mix again.

The Fifa Club World Cup takes place across the United Arab Emirates this month with the opening kicking off this Wednesday at 3.30 Irish time.

To get the competition going, UAE champions Al Ain are taking on New Zealand representatives Team Wellington with a place in the quarter finals at stake.

And low and behold, there's an Irish man in the New Zealand side's ranks. Carlow's Eric Molloy hasn't blazed a straight forward path to the world stage but after beginning his career with Slaney Rovers in Rathvilly - a small club in Carlow, he moved from FC Carlow to Arklow Town and onto Wexford Youths.

The midfielder fared well in the sunny south east, scoring three goals in 21 appearances in the clubs' First Division title winning season in 2015.

But he wasn't staying put.

He moved from Ireland to live in New Zealand the following year and having spent one season with Southern United he was quickly picked up by Premiership side Team Wellington which brings him to where he is now. 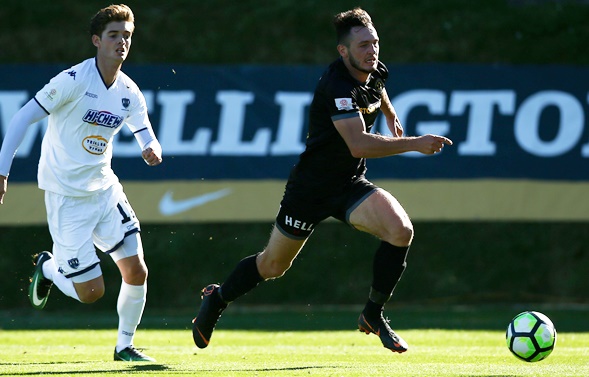 From studying Sport Science in IT Carlow to working in a factory to keep himslef going, he's come a long way to get to where he is now, lining out in the same tournament as Gareth Bale and some of the world's best players.

It's Bale's Madrid who, despite all their early season woes, are still clear favourites to win the tournament which they, along with Copa Libertadores winners River Plate, will enter at the semi-final stage.