The Ireland call-ups have fueled its overseas players to perform.

Heading into this week's friendlies against Belgium and Lithuania, Republic of Ireland manager Stephen Kenny will be impressed with the goalkeeping masterclasses that took place over the weekend. Both Gavin Bazunu and Mark Travers kept clean sheets.

Meanwhile, Will Keane was amongst the goals for Wigan Athletic and Festy Ebosele is on the verge of a move to the Serie A. Meanwhile, Warren O'Hora stole the show for the MK Dons as the race for promotion intensifies. 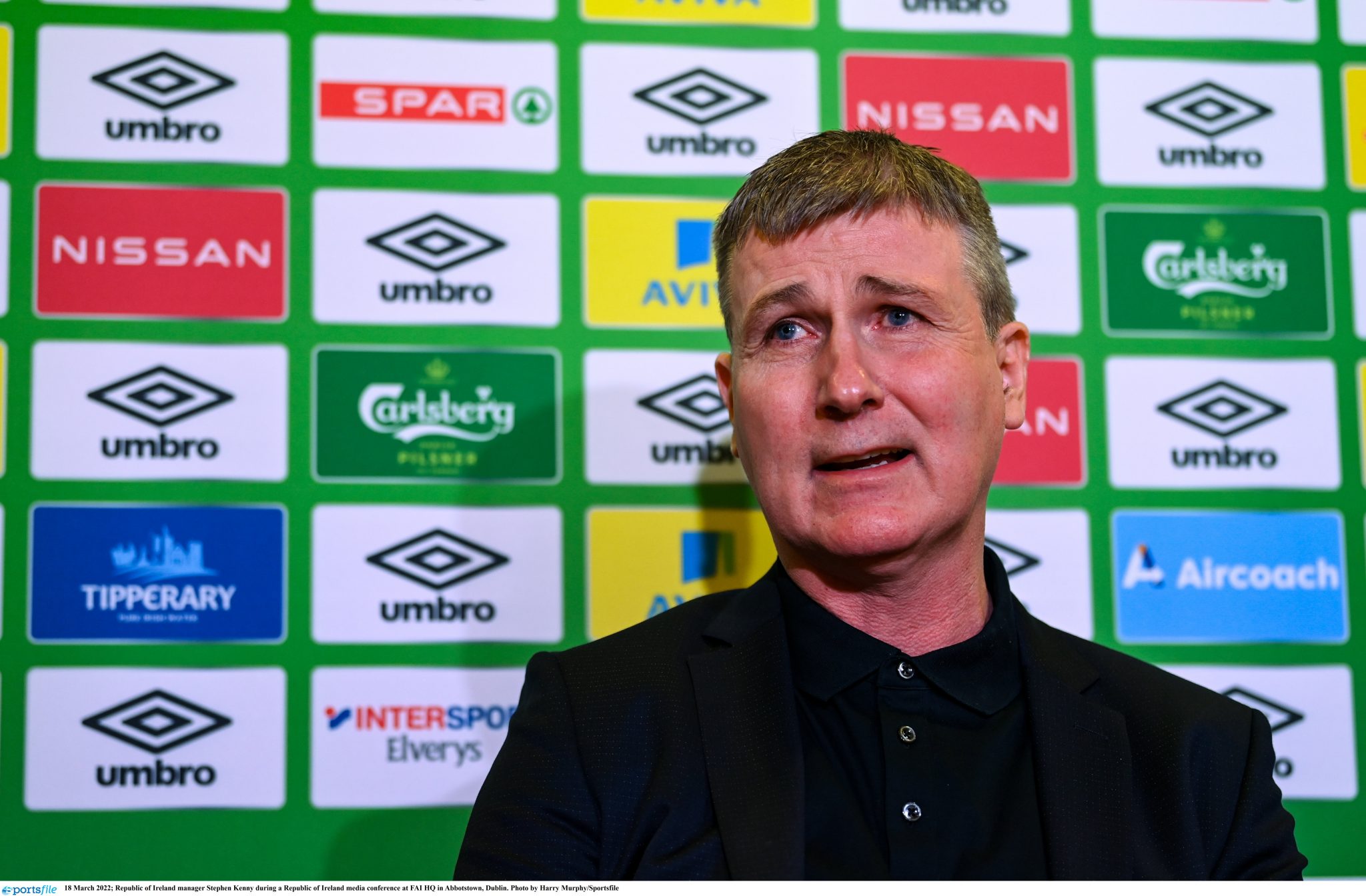 END_OF_DOCUMENT_TOKEN_TO_BE_REPLACED

Bazunu put on a man-of-the-match display as Portsmouth held Wycombe Wanderers to a 0-0 stalemate at Fratton Park on Saturday.

The 20-year-old had the Pompey fans on their feet following four impressive saves to keep the Blues at bay.

END_OF_DOCUMENT_TOKEN_TO_BE_REPLACED

The Ireland number one goalkeeper has kept 14 clean sheets for the season which is the joint-best in League 1. Manchester City's loanee will look to take his club form into international duty, where competition for the starting goalkeeper spot is strong.

Bazunu has potentially the highest ceiling of Ireland's current crop of goalkeepers. The Dubliner has immense potential, as shown by his man-of-the-match display versus Serbia last year and his penalty save from Cristiano Ronaldo's penalty against Portugal.

The ex-Shamrock Rovers goalkeeper will look to add to his 10 caps for Ireland in 2022, starting on Saturday against Belgium.

END_OF_DOCUMENT_TOKEN_TO_BE_REPLACED

Travers kept his 14th clean sheet of the season as Bournemouth beat Huddersfield 3-0 at The John Smith Stadium on Saturday.

The Cherries goalkeeper, 22, is second on the Championship clean sheet table, only behind Huddersfield's Lee Nicholls who has played two games more.

Few Irish players in England have had a better campaign this season than the Kildare native. Travers is also playing regularly at a higher level than his Irish goalkeeping counterparts.

Bournemouth are six points clear of third-placed Luton Town with two games in hand. The Cherries look on course to earn promotion to the Premier League.

Kenny would find it very difficult not to play Travers should the goalkeeper become a top-flight regular next season. And he has the opportunity to impress this week as Ireland play Belgium and Lithuania. 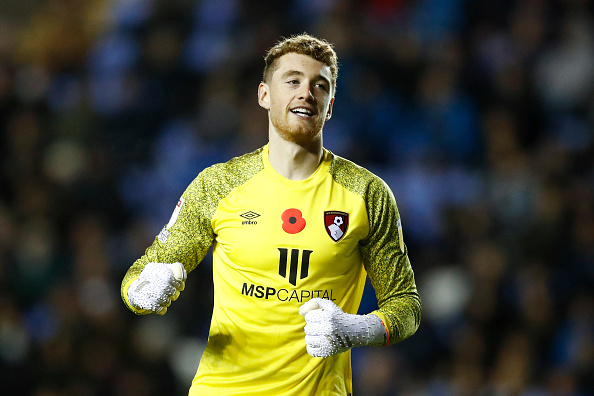 Festy Ebosele is on the move.

Ebosele came off the bench for Derby County as they drew 1-1 with Coventry City at Pride Park early on Saturday.

And after the match, Rams manager Wayne Rooney confirmed that the Ireland Under-21 international is on the verge of a move to Serie A. The move to Udinese is expected to be completed this week.

"Festy Ebosele within the next week will sign for a team in Italy. I think there will be some announcement next week, it is purely out of my control, I would have liked him to stay,” Rooney told The Derby Telegraph.

Ebosele has been a shining light for Derby since making his first-team debut. He has made 30 appearances in the Championship so far this season and the future is bright for the winger if he plays regular first-team football at Udinese. 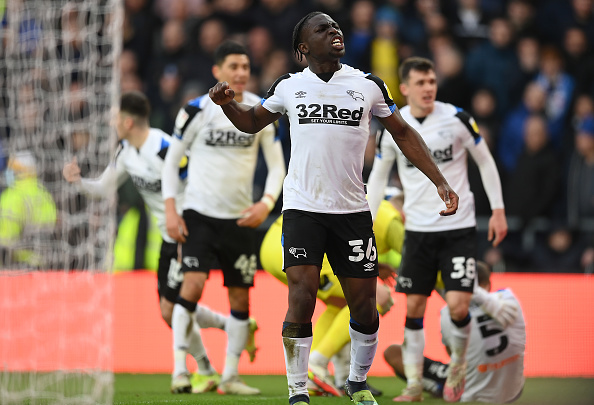 Will Keane nets his 20th league goal of the season.

Keane scored his 20th goal of the season in League One as Wigan Athletic beat Morecambe 4-1 at the DW Stadium.

The Ireland international headed home from close range to guarantee the points for the Latics, as Wigan moved within one point of table-toppers Rotherham United with two games in hand.

Keane has been called up to Kenny's squad for this week's friendlies, and the 29-year-old is Ireland's most prolific goalscorer at the moment.

The Wigan attacker will be optimistic about earning an opportunity at international level due to his club form in League One. Fellow Ireland players Bazunu and James McClean have been regulars for the national team despite plying their trade in England's third tier.

If Keane can carry his goal-scoring form onto the international scene, he could become a mainstay in Kenny's starting XI.

Warren O'Hora was the only goalscorer as MK Dons beat Cambridge United 1-0 away at the Abbey Stadium on Saturday.

The goal came from a long throw that bobbled in the penalty area before O'Hora finished tidily into the back of the net.

The former Bohemians defender will be targeting an international call-up in 2022 and was arguably unlucky to miss out on being called up for this week's friendlies. 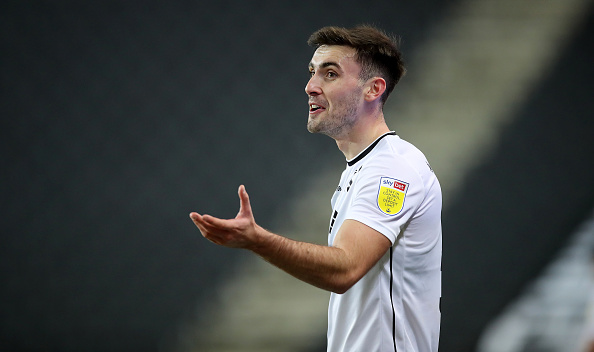 
popular
Roy Keane cracked up Ian Wright and Gary Neville with England team spirit remark
Roy Keane shoots down ITV presenter's 'excuse' for England's draw with USA
'I was so stressed the week before the All-Ireland and I ended up having a panic-attack' - O'Shea and O'Sullivan open up
Former England international admits he wishes he had played for Ireland
'Just a bit of PR' - Roy Keane and Ian Wright have their final say on OneLove armband U-turn
Graeme Souness goes out of his way to remind British viewers of Irish treatment live on ITV
The nine England World Cup footballers who could have played for Ireland
You may also like
2 weeks ago
"I was called ‘the Northerner'" - Martin O'Neill opens up on his time as Ireland manager
2 weeks ago
James McClean gets straight on to Graeme Souness after being told 'to get on with it'
3 weeks ago
Stephen Ireland explains why his Ireland career ended after only six caps
1 month ago
Stephen Kenny responds to Brian Kerr's criticism of his performance as Ireland manager
1 month ago
"Nobody could touch him that day" - When Roy Keane reigned in Spain
1 month ago
Man City and Juventus among major European clubs scouting young Ireland star, Rocco Vata
Next Page