Ireland's player ratings as they hold Hungary to a draw

In typical Irish fashion, the men in green were very hard to break down, but didn't pose enough of a threat up front as neither side could find a way to break the deadlock.

In the opening few minutes of the game Ireland looked like they scored with a fantastic header from John Egan, but his effort crashed off the crossbar. Hungary registered the only shot on target in the first half when their captain, Adam Szalai glanced a header across goal to force an excellent save from Gavin Bazunu.

END_OF_DOCUMENT_TOKEN_TO_BE_REPLACED

The second half saw Liverpool keeper, Caoimhin Kelleher make his international debut and what a debut it was as the game burst into life, with attacking threats coming from both ends.

The young keeper was in the thick of it, making two excellent back-to-back saves to deny both Attilla and Adam Szalai. He looked very calm on the ball and didn't seem at all phased by the idea that he was playing his first ever game for his country. 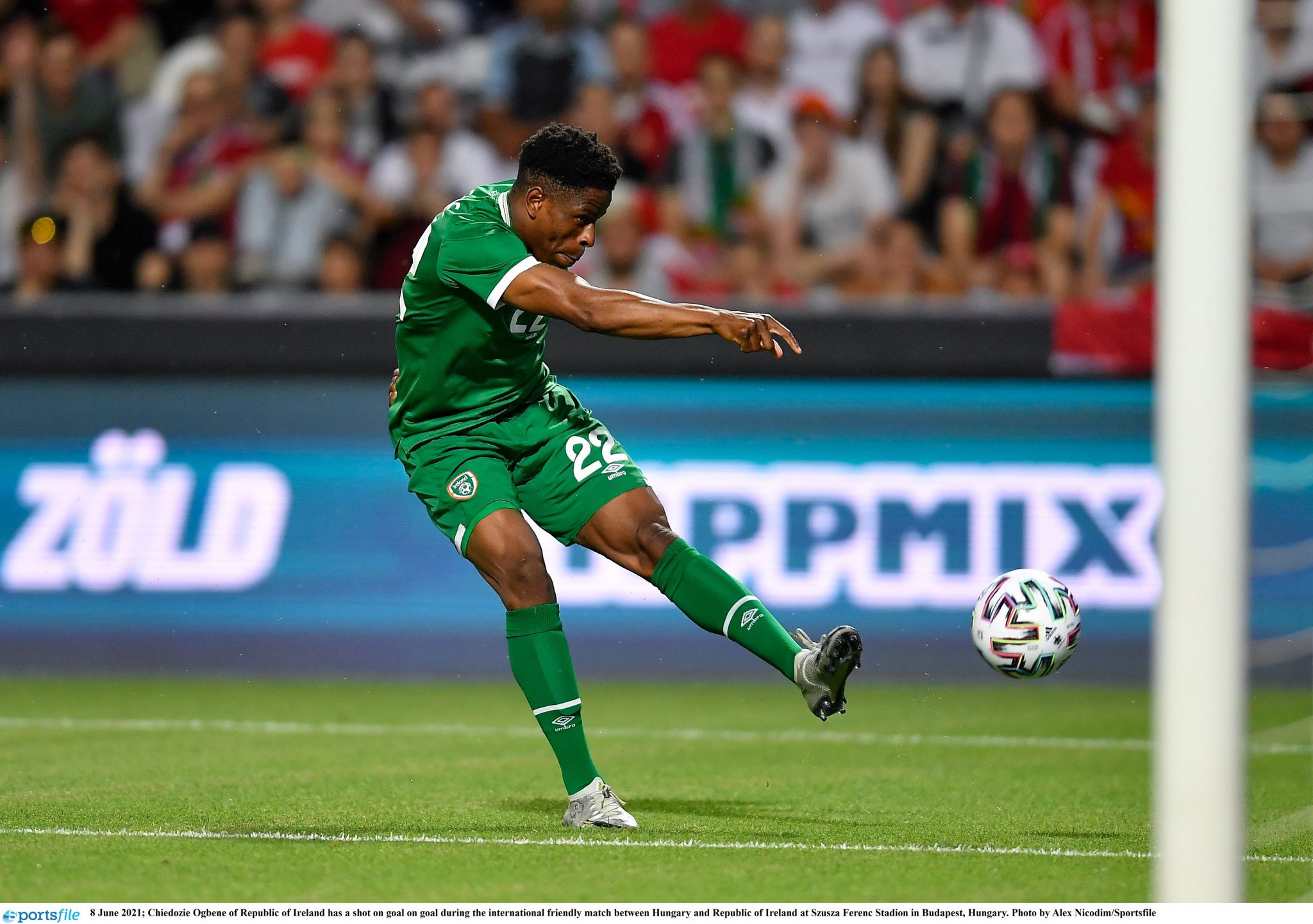 Adam Idah had a decent chance from range when he picked up a loose ball in the Hungary defence, but his shot was well saved, and a pass to Jason Knight who was free on Idah's right side may have been the better option to take.

END_OF_DOCUMENT_TOKEN_TO_BE_REPLACED

History was made when Rotherham winger Chiedozie Ogbene became the first African-born player to earn a senior Republic of Ireland cap. His entrance was almost dramatic entrance, as he fired into the side-netting with two minutes remaining.

Overall, it was a good defensive performance from Ireland, but Stephen Kenny will be looking to sharpen up his forwards for the new season.

Bazunu - 7 - Didn't have much to do in the first half, but when he was called upon to save a dangerous header from Szalai, he made an excellent reaction save and kept a clean sheet before being subbed off at half-time.

END_OF_DOCUMENT_TOKEN_TO_BE_REPLACED

Duffy - 6 - A very disciplined performance that included a couple of last ditch tackles timed to a tee. However, fatigue started to show late in the game and he made a couple of mistakes.

Egan - 8 - Controlled the back-line, helped keep Ireland's defensive shape and was unlucky not to have gotten a goal with a brilliantly taken header that shook the crossbar.

O'Shea - 5 - Wasteful in possession during the first half, giving the ball away on several occasions. However, he settled into the game and was much better in the second half.

Doherty - 7 - Very involved and tracked back well to prevent Hungary's wingers from having any space.

Cullen - 6 - A decent game; kept possession well and won a few balls in the middle of the park.

Hourihane - 5 - Fatigue seemed very evident as he struggled to inject the energy you would normally expect from him. To be expected given his involvement with the championship play-offs recently.

McClean - 7 - Provided a good attacking threat from that left wing and was always a burst of energy getting up and down the pitch.

Knight - 7 - Probably Ireland's most creative player but was nullified much of the first half. He started to get involved more in the second and was a constant threat with his crosses.

Parrott - 5 - Dropped too deep at times, clearly just very keen to get on the ball and try and make an impact. Was fouled a lot too, but more positional discipline from the young striker is needed.

Idah - 6 - Provides a different sort of threat than Parrott and held up the ball well, but was too trigger-happy when Ireland finally got on the break and he took his shot instead of laying it off for the better option.

Kelleher - 8 - An excellent debut from the Liverpool goalkeeper. He came on in the second half and nothing phased him as he made four excellent saves in the game, including two which came back-to-back and seemed destined for the Ireland goal. A very wise head on young shoulders.


popular
QUIZ: How many of the 10 most successful football counties can you name without making a mistake?
Éamonn Fitzmaurice explains Aidan O'Shea's best position and how it can be used against Kerry
Conor McGregor and Floyd Mayweather 'in talks' about a rematch
Matt Le Tissier says he asked Sky Sports why they never sacked Jamie Carragher
Patrick Vieira claims he was 'much better' than Roy Keane in new interview
Steve McClaren issues warning to Man United players
Two All-Ireland quarter-finals to be streamed exclusively live on NOW
You may also like
2 days ago
An exciting, new-look Ireland team that can take it to the Maori All Blacks
3 days ago
"The world came crashing down around me, at that time" - Cian Prendergast
3 days ago
"Brave" Harry Byrne backed to lay down World Cup marker in New Zealand
1 week ago
"Hopefully we'll come away with a gem" - Joe McCarthy potential sealed Ireland selection
1 week ago
Andy Farrell had an interesting take on Irish provinces being outmuscled in big games
1 week ago
"I got sent the clip!" - Mack Hansen wasn't letting Greg O'Shea forget his Ireland comments
Next Page