Win or lose, tonight is about feeling something different for a change

"If we can winter this one out, we can summer anywhere."

It’s been a common refrain in 2020, for many. It hasn’t just been our erstwhile Taoiseach that turned to Leaving Cert poetry to look for a faint glimmer of hope in what has been, to put it lightly, a bastard of a year.

Now, with cases resurgent on this island and across the continent, the spectre of further restrictions ever-looming and the evenings well and truly drawn in, it feels more and more like we’re back where we were in the depths of March and April. We wintered it out, and our reward is we get to winter anywhere. Once it’s within our own county.

END_OF_DOCUMENT_TOKEN_TO_BE_REPLACED

Enter Stephen Kenny’s Ireland. The brave new hope, revolutionising Irish football from the ground up. Positive, determined, prepared. One point from his first two games, courtesy of a late Shane Duffy header, and many are already grinding the axe.

At any other time, this would be the dominant sporting (and otherwise) story of the week. It would be all we are talking about, pages of analysis dedicated to it, headlines screaming that Kenny MUST WIN to save his job, photos of the John Delaney-inspired Slovak train from almost a decade ago splashed all over social media. 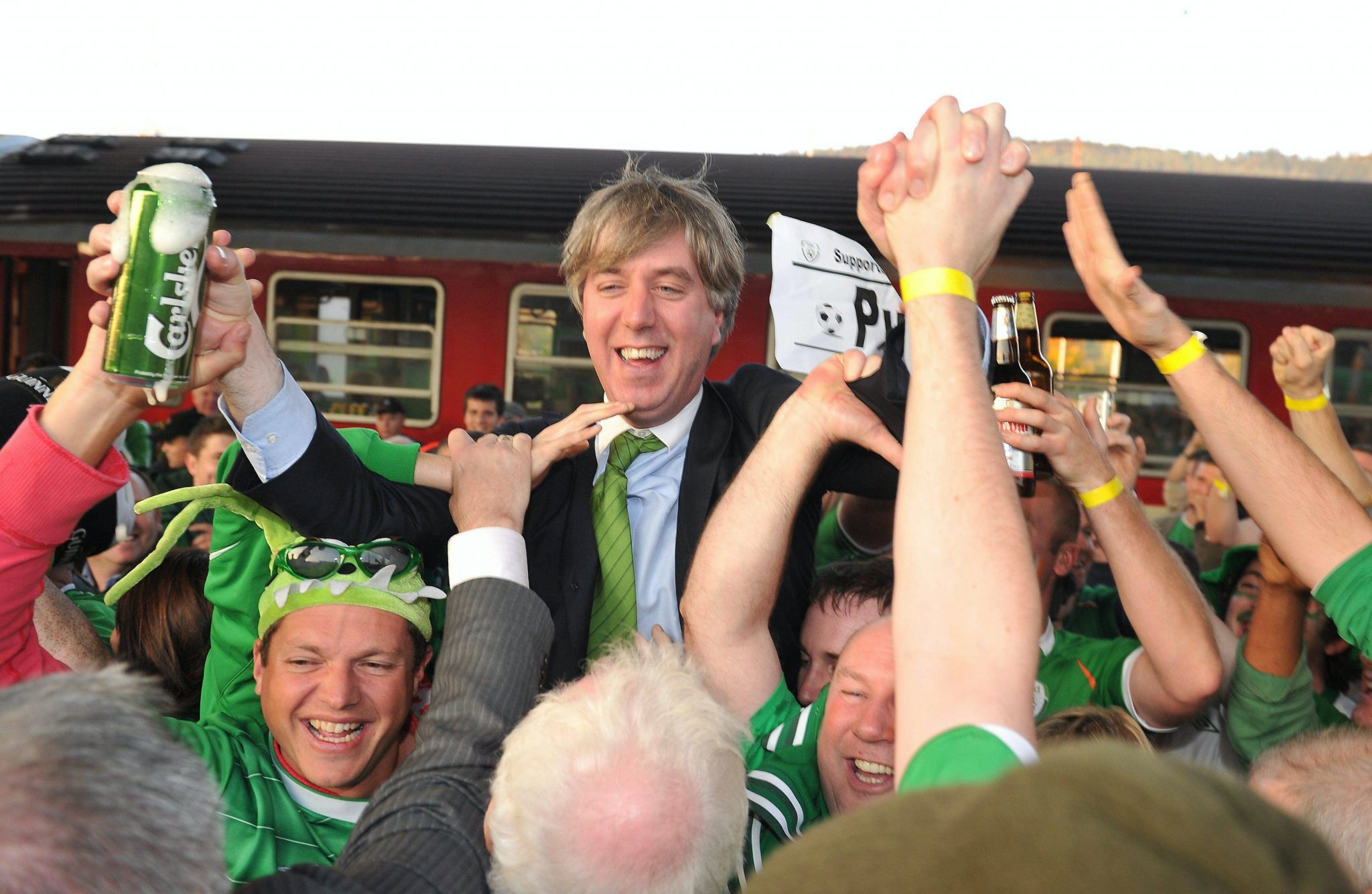 But it's not. The story of the week has been the same as it has been since March; Covid-19. The fact that Ireland are playing in one of their biggest games in the last few years, and the first competitive game since last November, is something that feels like it has just landed in our laps with hours to spare.

Maybe it's because we are all just far too wrapped up in the pandemic to see anything outside it. Maybe sport doesn't feel the same without people actually being present to witness it. Maybe it's simply because Ireland are trying to qualify for a tournament that might not even happen after a year's delay.

Irish football has a way of grasping the nation and dragging it from the depths of despair, or plunging it from an almighty height right back into that pit, like no other sport. The sad passing of Jack Charlton brought back memories of Italia ‘90 and other major tournaments, and reminded us of how they were more than a ball being kicked in a foreign land.

So, at a time when the nation needs a lift perhaps more than ever before in a lot of our lifetimes, we find a perfect opportunity placed in front of us. A crucial, competitive qualifier, with a couple of asterisks attached. A chance to forget about case numbers, 14-day incidence rates or the latest lie on Facebook you’ve been tagged in by your mate’s Aunt.

END_OF_DOCUMENT_TOKEN_TO_BE_REPLACED

Whatever way it could play out; in the style of a James McLean last-ditch-tackle-turned-cross, a scrambled corner, a Hourihane free-kick or a rare piece of magic from a wing-back, we would snatch it with both hands. A bit of hope. Something to celebrate. A distraction.

It’s the same the other way around; a Hamsik header, a piece of slack defending at a corner, a through ball between our two centre backs or a simple slip on the Slovakian grass, to be honest I’ll take it.  I'll take any feeling other than what the last eight months has brought us. I will happily get swept up in an emotion not caused by the relentlessness of this pandemic, even if it is negative.

Because win or lose, this is what we all need. To be given the chance for two hours to be nervously waiting on a final whistle rather than a set of daily figures. To be anxious about Shane Duffy adapting to Kenny’s system rather than ICU numbers. To be fully and whole-heartedly invested in something outside of your own control that really doesn’t matter too much in the grand scheme of things.

Maybe those of us who have invested countless hours into playing and watching sport are finally realising what those who may not realise there's a World Cup going on have always known; sport is largely meaningless. But isn't that the beauty of it? I'm looking forward to getting worked up about something that doesn't really mean anything. I'm excited to have my head in my hands watching the TV and it not be related to life and death. I can't wait for George Hamilton to announce doom into my life rather than a news reader.

At a time when our emotional dial seems lodged somewhere between hopelessness and fury, why is an Irish football match the best thing in the world to be happening this evening? Well, we’ve gone from winter to winter plenty of times as Irish fans, we know the drill. We love it, we hate it. It's a range of emotions we know all too well.

Thursday night will be great if we win. It will be bad if we lose. But it will be a distraction we’ve needed like never before. Bring it on. 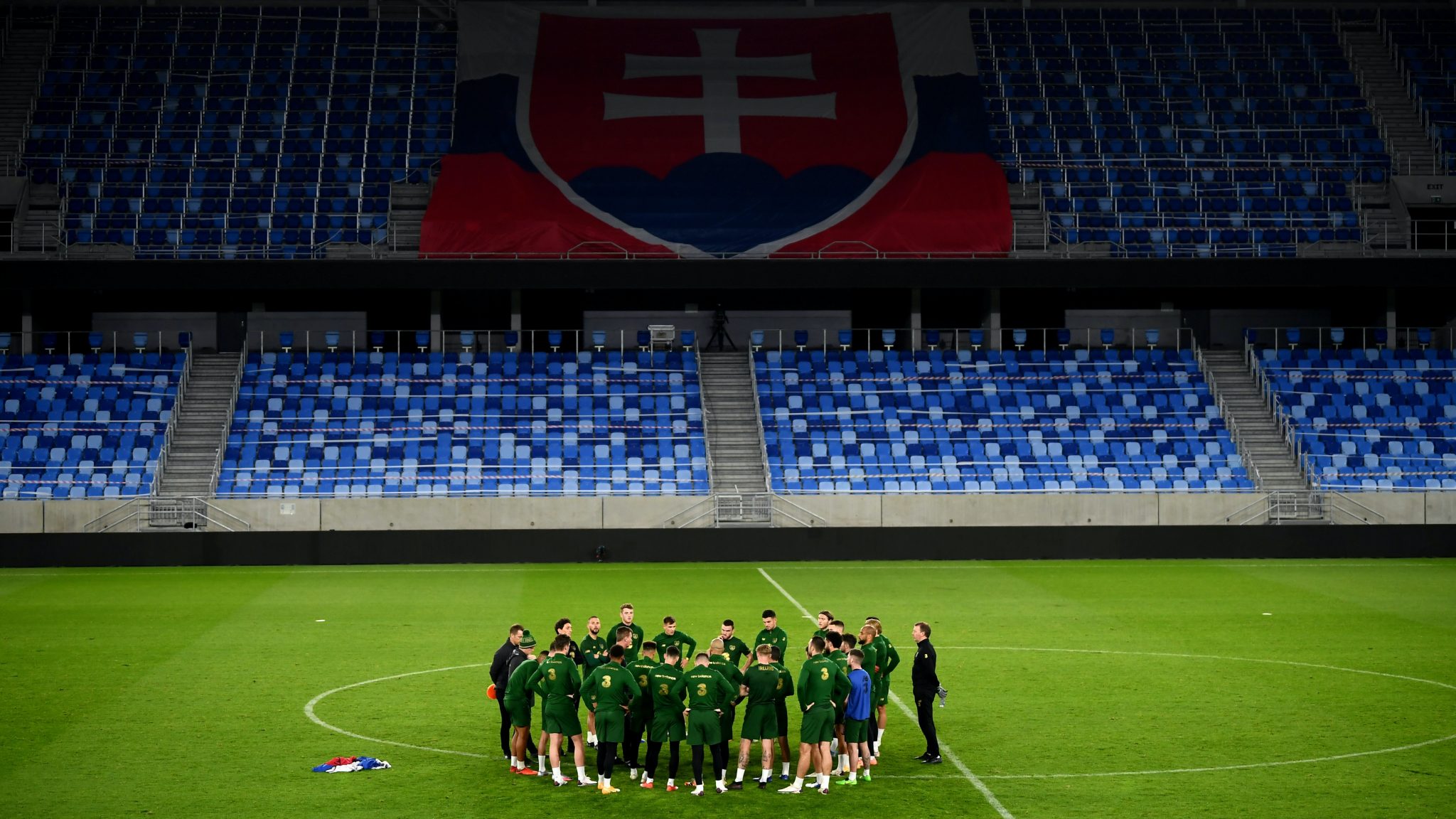