There are players from Liverpool, Manchester United and Tottenham Hotspur in the squad.

Stephen Kenny has named his first squad for a competitive game as Republic of Ireland under-21 manager.

Kenny's team take on Luxembourg at Tallaght Stadium on March 24 as they begin their qualification campaign for the Under-21 European Championships.

The former Dundalk manager has named an exciting squad, containing players from some of England's top teams as well as eight players based in domestic football.

#IRLU21🇮🇪 manager Stephen Kenny has named a 23-man squad ahead of the upcoming qualifier against Luxembourg! @SpursOfficial attacker Troy Parrott included in the squad with 8⃣ players from the @SSEAirtricityLg!

Troy Parrott has received his first call-up to the Under-21 team.

The 17-year-old Tottenham Hotspur forward has impressed for Ireland at the Under-17 European Championships last May, scoring three goals, and is highly rated by his club. 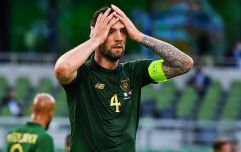 END_OF_DOCUMENT_TOKEN_TO_BE_REPLACED

Liverpool pair Caoimhin Kelleher and Conor Masterson have been called-up by Kenny.

Jamie Lennon, Neil Farrugia and Trevor Clarke are among the League of Ireland players in Kenny's selection. 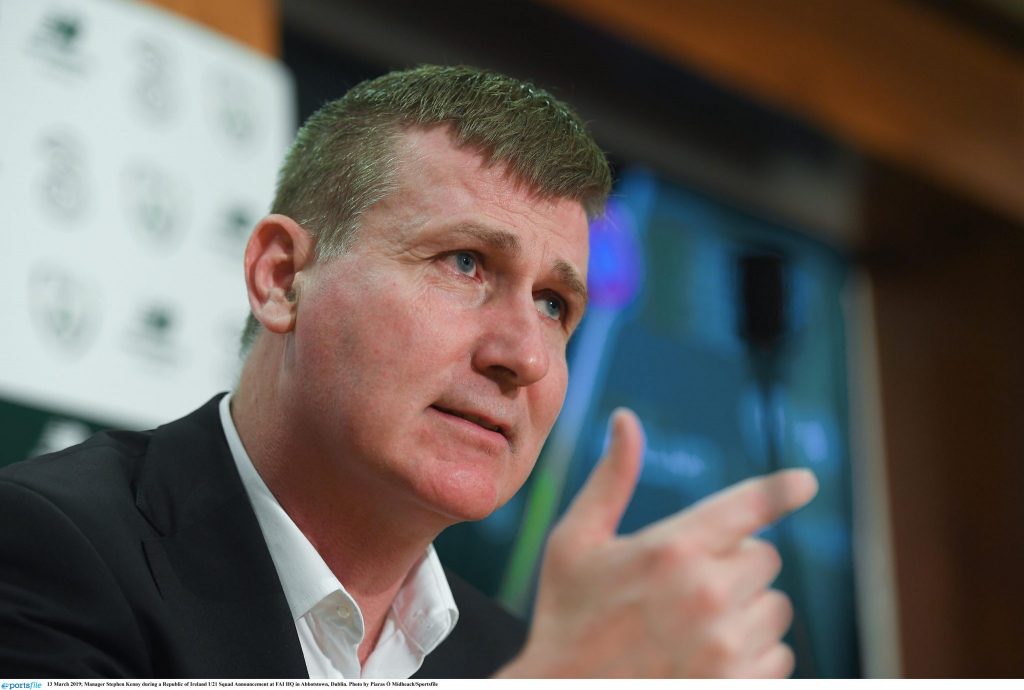 Italy, Sweden, Iceland and Armenia are the other teams in Ireland's group. Ireland have never qualified for the Under-21 European Championships.

Kenny will become senior team manager in August 2020 and will not see out the Under-21 qualification campaign.

But he will undoubtedly be hoping that some of the players he named in his squad on Wednesday will progress to the senior side.

Here is the full squad:

popular
Irish cyclist Sam Bennett delivers classic putdown to British cycling magazine
Peter Sagan pays classy tribute ahead of Sam Bennett's big moment
The SportsJOE 12 o'clock quiz | Day 183
Luke Shaw steps up to make common sense plea to Ed Woodward
Sky Sports retract false claim from Patrice Evra about Wilfried Zaha and David Moyes' daughter
Sean Kelly sums up emotion of a nation as Sam Bennett all but sews up the green jersey
Potential UFC superstar Mackenzie Dern forced to answer inevitable questions over her accent
You may also like
2 weeks ago
Our Ireland player ratings after a ghastly loss to Finland
2 weeks ago
An exciting Ireland XI we could easily start against Bulgaria
3 weeks ago
"I hope it doesn't de-rail his career" - Northern Ireland unhappy with Mark Sykes switch
1 month ago
Jeff Hendrick expected to chose Newcastle United over West Ham
1 month ago
QUIZ: Can you name every Irish goalscorer from the 2019/20 Premier League?
1 month ago
Jonny Hayes and Aberdeen teammates apologise after Covid cluster shutdown
Next Page