The Ireland XI that should start our crucial game against Switzerland

Right, we know what he have to do.

We love a draw here in Ireland, especially the 1-1 variety, but Mick McCarthy's side are now just a win away from automatic qualification to Euro 2020.

After six games in their group, Ireland have collected 12 points. They are level on points with Denmark while the Swiss, albeit with a game in hand, are four points back.

Ireland and Georgia played out a dour 0-0 draw on a woeful Tbilisi pitch, on Saturday, and several of the Irish players looked despondent at full-time. As much as McCarthy talked up the result as a point gained at a tricky venue, the feeling remains that this was two points lost.

Still, given Ireland's draws with the Danes and Swiss, earlier in the group stages, they can secure themselves a spot at the Euros if they defeat either of those two sides in the coming weeks. First up, Switzerland away on Tuesday evening.

For that game, McCarthy will have Enda Stevens available again, after he was suspended for the Georgia game, while there is an outside chance that David McGoldrick could at least make the bench.

As disappointed as he was with his side's ability to pin the Georgians back and pass accurately, when most needed, McCarthy is unlikely to change too much. Stevens will slot in at left-back and McCarthy will then have big calls over Matt Doherty and Aaron Connolly.

Asked, by RTE's Tony O'Donoghue, if Connolly should have got more than 13 minutes against Georgia, McCarthy replied:

"Possibly. Possibly. But James Collins had a right old scrap against those two (centre backs) and we won some scraps off him. Whether Aaron could do what James did, I don't know. He's come on, though, and given me some nice headaches." 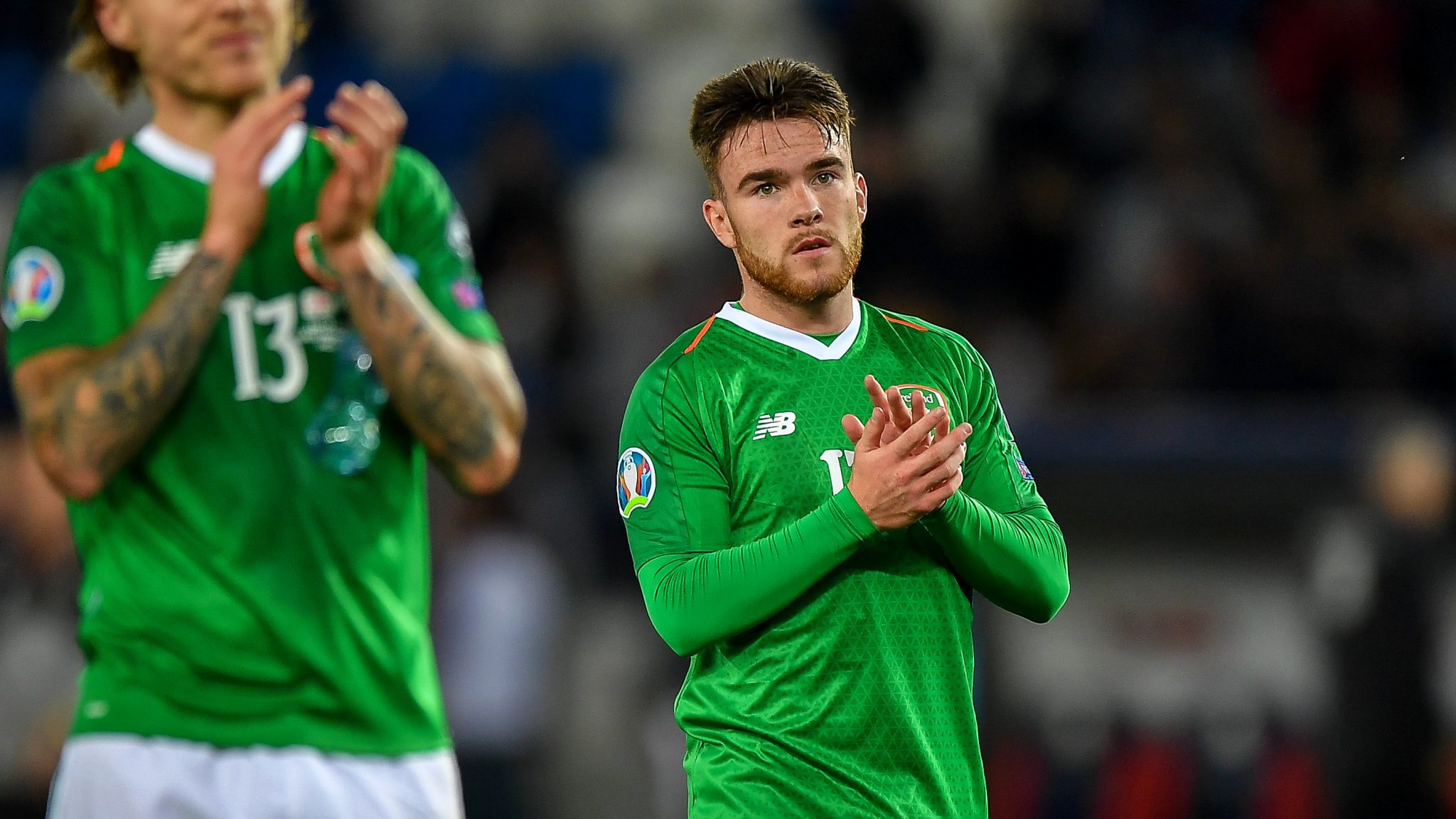 END_OF_DOCUMENT_TOKEN_TO_BE_REPLACED

To us, and to legions of Irish fans, McCarthy should promote Connolly to the starting XI. Kevin Doyle is not so sure and says "stubborn" McCarthy may resist the clamour.

With Stevens back in, and joining Shane Duffy, John Egan and captain Seamus Coleman in defence, that leaves Matt Doherty over and we would put him in at right midfield.

Callum Robinson was out in that position for long stretches against Georgia and, try as he did, he was anonymous for long periods. We saw Doherty, even though he was playing off his left, push up and cause the Georgians a few problems. We would team him up with Coleman again [it was tried earlier in the campaign against Gibraltar] and give the Swiss something to think about.

Elsewhere, Jeff Hendrick is retained but Alan Browne is breathing right down his neck. If Robinson were to start ahead of McClean, on the left-hand side of midfield, we would have no issues with that.

Even though Ireland can secure their Euro 2020 spot by beating the Swiss, don't be surprised if McCarthy instructs his men to hold tight for as long as possible and see which way it lies with 20 to go. 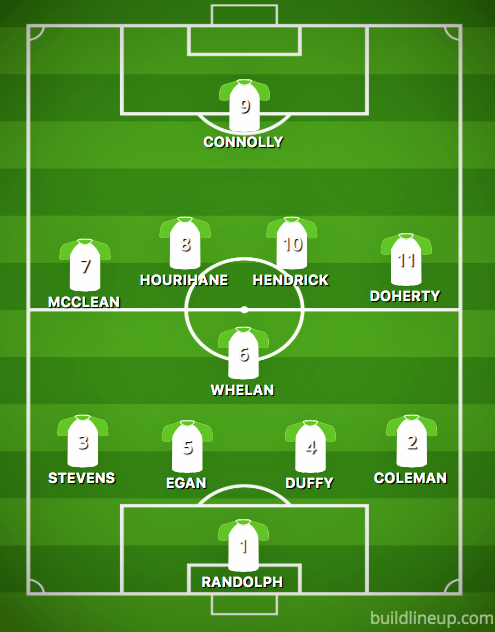 
popular
Six minutes was all Alan Connolly needed to score two goals and set up another
Gatland comments give insight as to why CJ Stander missed Lions call
'Jesus Christ! How am I going to put up with this lad for nine weeks?!'
Sensational scenes in Belfast as Antrim edge out Clare in a thriller
"Of the 37, Bundee Aki would be my 37th most expected selection and my worst rated"
South African media shocked by Lions omissions of Sexton and Ryan
Peter Queally vaults into Bellator title picture with stunning win over Pitbull

You may also like
1 month ago
30 seconds of Stephen Kenny firing bullets
1 month ago
Brighter days ahead for impressive young Bazunu
1 month ago
Brian Kerr had seen this coming from miles away, we just weren't ready to hear it
1 month ago
"It's a shocking result... That's on us. We should be embarrassed" - Seamus Coleman
1 month ago
Full Ireland ratings after pitiful home defeat to Luxembourg
1 month ago
Gavin Bazunu starts in goal as Ireland team to face Luxembourg named
Next Page