A day of missed chances, some solid performances, a rash red card and another Irish draw.

Stephen Kenny's wait for his first win as Ireland manager goes on as his side drew 0-0 with Wales in their Nations League encounter at the Aviva stadium. The Ireland ratings are, therefore, a mix of good and disappointing.

The best chances of the opening 45 minutes fell to midfielders as Darren Randolph's diving save denied Harry Wilson before Robbie Brady curled an effort just wide of the top corner. Randolph was fortunate, too, that he did not concede a penalty when he clambered into Ethan Ampadu in the box. 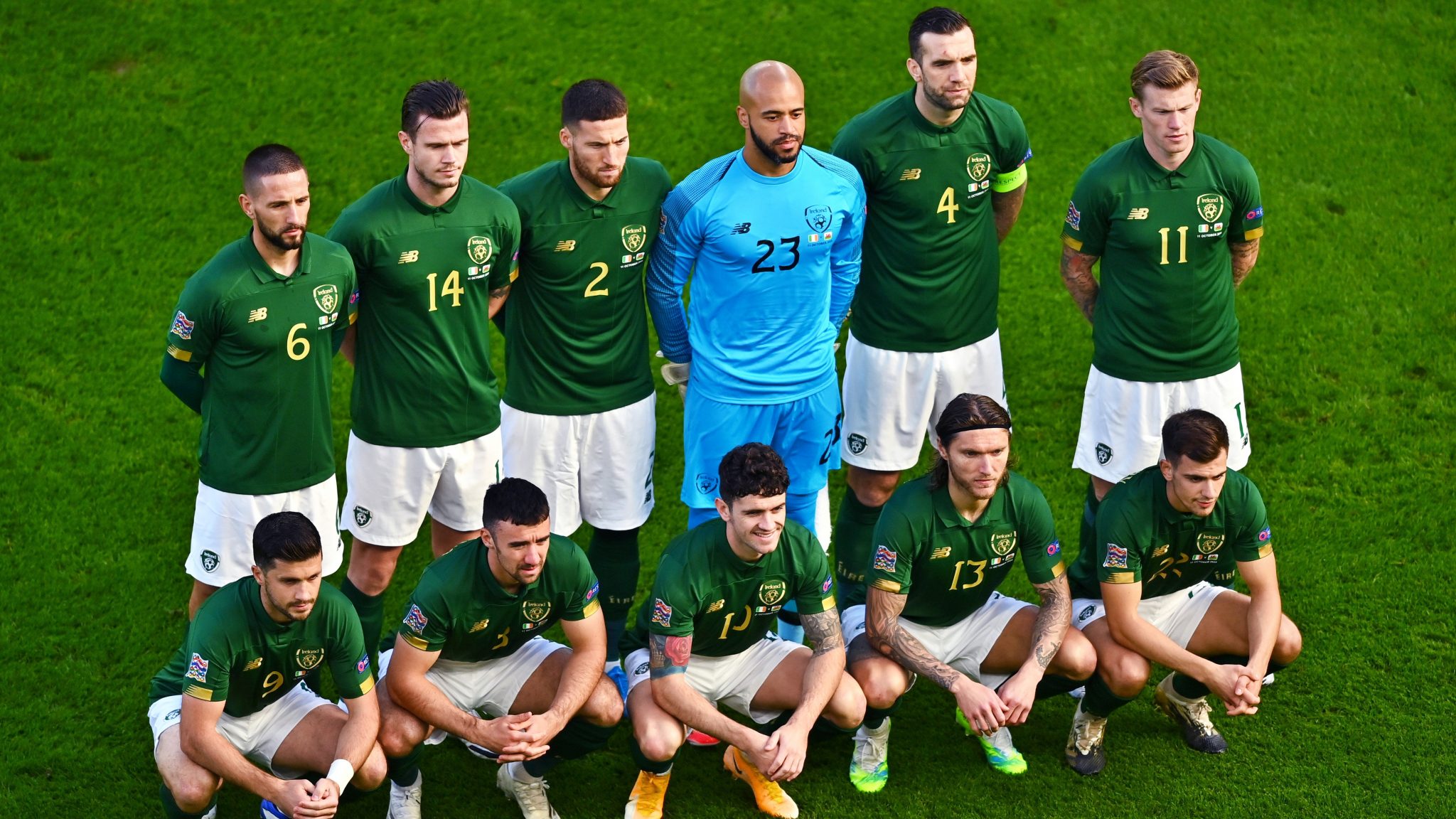 The best chances, after the break, fell to Ireland as Shane Long headed wastefully over and Daryl Horgan had two clear looks at goal in the space of three seconds. His goal-bound header was cleared before he fired the rebound over.

Ireland had looked the more likely to claim all three points but James McClean picked up two yellow cards in quick succession to leave his side with only 10 minutes for the final 10 minutes (including injury time).

Made a fine diving save from Harry Wilson in the first half but was fortunate not to concede a penalty after he scrambled to recover a dropped cross.

Switched into the centre of defence when Long went off. Did a very good job in that role and his passing was assured.

The beacon for Irish set-pieces but did not manage a shot or header on target. Unflappable at the back. 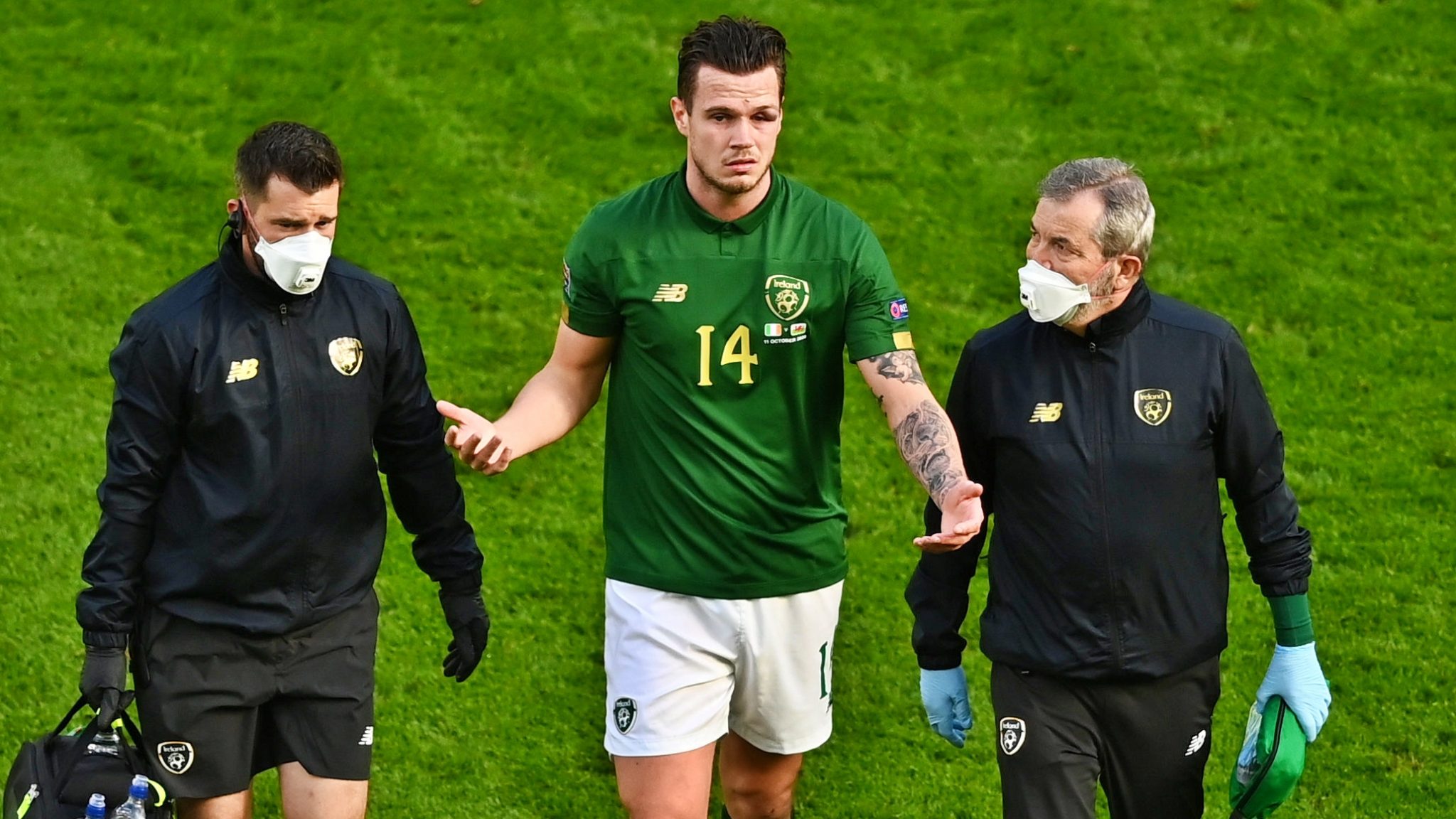 Was gutted that he had to leave the fray after picking up a blow to the head [via Kiefer Moore's elbow]. Solid enough during his time on the pitch.

Lovely cross to Shane Long should have seen Ireland 1-0 up after 55 minutes. Solid in defence and got forward often.

Very tidy performance from Molumby. Composed in possession and cut in to snuff out a few Welsh attacks. Was missing that extra bit of class in the final third when he got a couple of sightings of goal.

Took care of the ball well.

While by no means a world-beater, his last two games for Ireland have been his best for some time. Controlled the tempo in midfield. Had one effort on goal but it was quite tame. 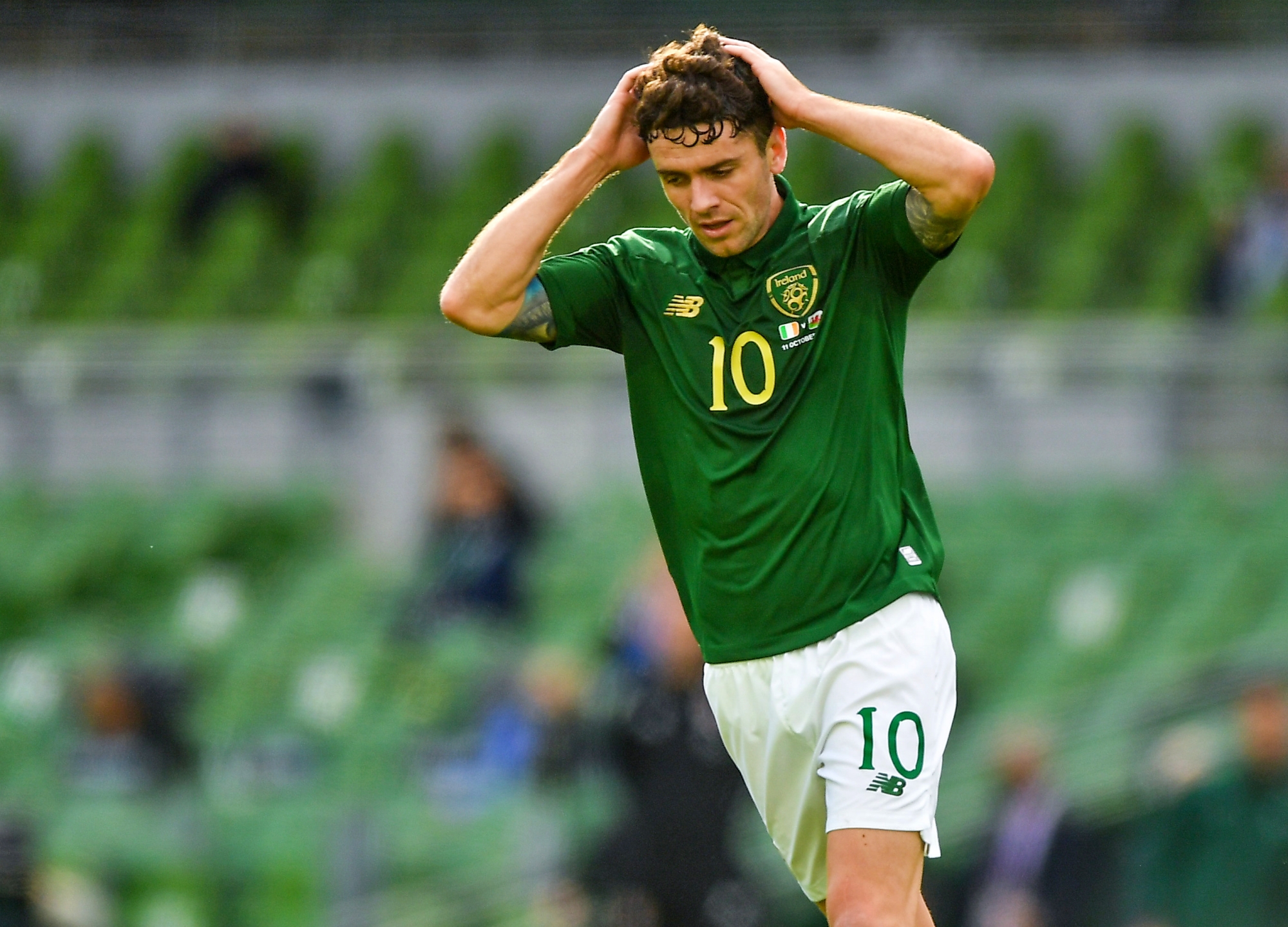 Had Ireland's best chance of the first half but curled his effort just wide. Found Shane Duffy with regularity with his testing set-pieces. Was just wide, again, on 60 minutes when his cross-cum-shot evaded Wayne Hennessy's grasp.

Grew into the game in the second half and put over a couple of nice crosses. Then lost the run of himself in the final stages as he picked up two yellow cards in the space of 10 minutes.

Racked up the kilometres as he chased and harried but missed the one gilt-edged chance that came his way. Headed over from eight yards out after being teed up by a fine Stevens cross.

Was yellow-carded not long after he came on. Almost fizzed one in from 30 yards out.

Didn't get a sniff.