Northern Ireland have players from Oxford United and Burton Albion. But they have a coach and the Republic of Ireland don't.

On Wednesday morning, I arrived at Abbottstown in west Dublin at 10:50 am for the Republic of Ireland's pre-match press conference ahead of the Northern Ireland friendly. The reporters watched the first 15 minutes of training and then made our way into the press room nearby.

So, that means the players trained and worked together for just over an hour the day before a match they needed to win.

Terrible game, but Northern Ireland showed the difference a coach makes to a team.

ROI were a mess again. It's almost as if they only found out the starting line-up an hour before the match.#IRLNIR https://t.co/5OBnP9APb9

END_OF_DOCUMENT_TOKEN_TO_BE_REPLACED

Did he tell them it's probably not a good idea to give Steven Davis the freedom of central midfield? Did he even tell the players the starting line-up?

Almost certainly not, and the end result of such an archaic approach was on display at the Aviva Stadium on Thursday night.

The Republic of Ireland were fortunate not to lose to Northern Ireland - a side containing players from Oxford United and Burton Albion.

This happened because Northern Ireland have a coach who makes the team more than the sum of their parts. 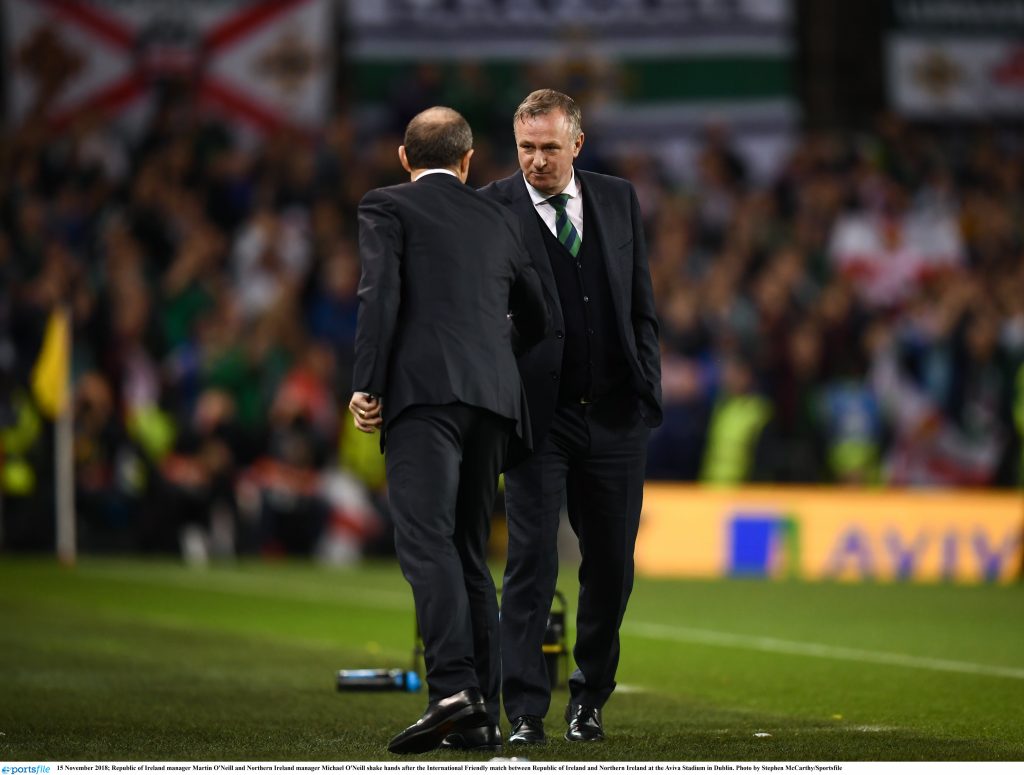 END_OF_DOCUMENT_TOKEN_TO_BE_REPLACED

Michael O'Neill's team were structured and organised. They attempted to play out from the back and only went direct when they had to. They were limited in the final third, but they exposed the Republic for the ramshackle side they have become over the last year. If they had been clinical with their chances, and had slightly more quality and composure in front of goal, they would have comfortably won this game.

Darren Randolph was named the man of the match for a game against Northern Ireland at home.

Something I wrote about Stephen Kenny and Irish football.https://t.co/A2iADIstbr

While Ireland managed to escape without suffering another loss, this was a clear defeat for the "we don't have the players" brigade. Yes, the Republic of Ireland do not have world class players available to them. That is obvious to anyone who has ever watched this team play.

However, the team aren't struggling because we don't have enough good players. And the lack of quality in comparison to previous teams isn't an excuse for the manager's poor performance. The match against Northern Ireland exposed that tired old excuse for the nonsense it is.

Martin O'Neill's team were outplayed by a side of inferior individual quality. On the basis of individual talent, how many of Northern Ireland's side would start in the Republic team? Yet, they fully deserved to win that game. 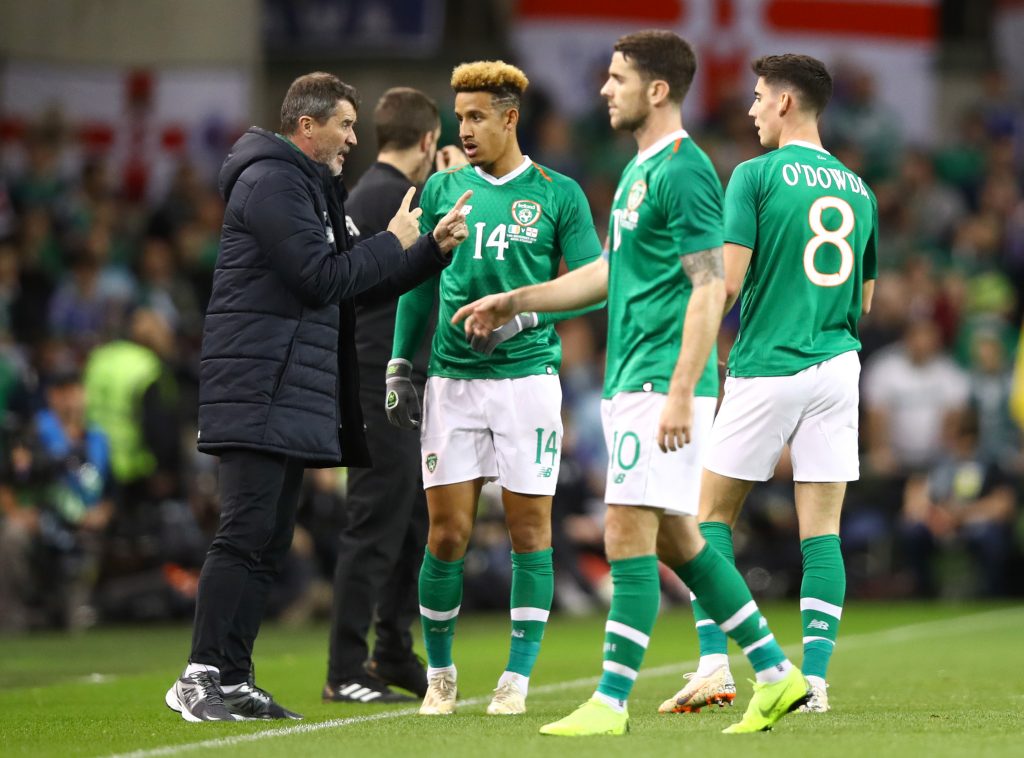 It's not O'Neill that has been dealt a bad hand here, it's the players. They desperately need a coach or this will only get worse. Under him, the Republic of Ireland are now a zombie team, without a plan or confidence. The players look lost and confused.

At the end of the match, boos rang around the Aviva Stadium. It wasn't for a referring decision or an opposition player. They booed because they had lost hours of their life to watch this turgid match.

Since the start of 2017, Ireland have won just three of the 17 games they played. They have lost eight matches in that time. Whatever effect O'Neill had on the team has long worn off. The time for a change has long passed and there are no signs that it will get any better.

To improve, the Republic need what Northern Ireland have in Michael O'Neill - a coach, someone who can make this team more than the sum of their parts.

For those that think it can't get any worse than this, it can and will if Ireland persist with this management team.


popular
World Cup 2022 Day 13: All the major action and talking points
Shay Given on how far Ireland could've gone at the 2002 World Cup with Roy Keane in the team
Skills, scowls and scores - Luis Suarez rolls back the years against Ghana
From Ireland to Argentina: Alexis Mac Allister's Irish roots explained
Ronaldo finally reveals why he got that hideous haircut
The World Cup 2022 team of the tournament so far
The confirmed World Cup pundits for RTE, ITV and BBC have been released
You may also like
3 weeks ago
"I race over to stop him from falling off his chair" - Delaney's shock when he heard O'Neill wanted Keane
3 weeks ago
"I was called ‘the Northerner'" - Martin O'Neill opens up on his time as Ireland manager
3 weeks ago
James McClean gets straight on to Graeme Souness after being told 'to get on with it'
1 month ago
Stephen Ireland explains why his Ireland career ended after only six caps
1 month ago
Stephen Kenny responds to Brian Kerr's criticism of his performance as Ireland manager
1 month ago
"Nobody could touch him that day" - When Roy Keane reigned in Spain
Next Page