Republic of Ireland underage international Caoimhin Kelleher has been rewarded with a new contract extension at Liverpool.

Kelleher has been a regular for the Reds’ Academy teams since his arrival on Merseyside in 2015 and he was recently described by Liverpool manager Jürgen Klopp as an ‘outstanding talent’.

The 19-year-old travelled with the Reds on their recent pre-season tour of the United States earlier this summer and featured in the wins over both Manchester City and Manchester United.

The promising goalkeeper said that it was an easy decision for him to re-sign with the club and added that he feels as if he's improving every day at Melwood. 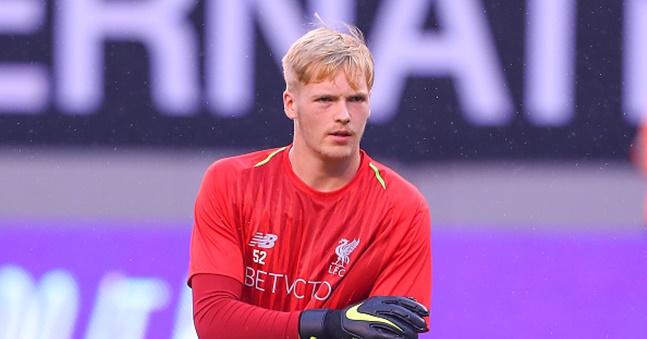 END_OF_DOCUMENT_TOKEN_TO_BE_REPLACED

“I’m very happy to sign a long deal with the club. I’m really enjoying my football here so I was happy to sign," he told the club's official website.

"Once the deal came in and I was happy, it was an easy decision really. I’ve been doing the same things but getting better every day. Training at Melwood, you improve much more. Alisson and Simon and Kamil are here and we train to the highest level every day.”


popular
Damien Comer targeted in brutal, chaotic Armagh and Galway brawl
Kieran McGeeney on the defensive after post-match questions on brawl
Manchester United 'reject Barcelona's attempt to sign Harry Maguire'
Conor Gleeson's gesture to heartbroken Ethan Rafferty a tonic after sideline brawl
Craig Casey relishing challenge of creating rugby history in New Zealand
Eamon McGee just couldn't help himself with Armagh-melee tweet
Matt Fitzpatrick on Shane Lowry's great advice, after his US Open victory
You may also like
4 days ago
The behind-the-scenes story of how Bayern signed Sadio Mané from Liverpool revealed
5 days ago
The incredible ways Sadio Mané has helped to transform his home village in Senegal
1 week ago
Jay Spearing linked with surprise Liverpool return
1 week ago
Liverpool wrap up their transfer business before Man United even sign a player
1 week ago
Liverpool to face four of the 'big six' after Champions League fixtures
2 weeks ago
Benfica agree €100m deal with Liverpool for Darwin Nunez
Next Page