Something special is in the air.

When Liverpool went on that remarkable journey to European glory in 2005, there was a banner that read "Make Us Dream Again" and it became the slogan of that season.

"The Unbearables" was a banner used throughout the Reds' long awaited Premier League title win in 2020, in reference to the fact that opposition fans claimed Liverpudlians would be 'unbearable' if they won the league.

It has worked against them as well however, as in 2014 Steven Gerrard famously called a huddle with his teammates on the pitch after beating Manchester City to go top of the league, and said that "this does not slip, we go again". 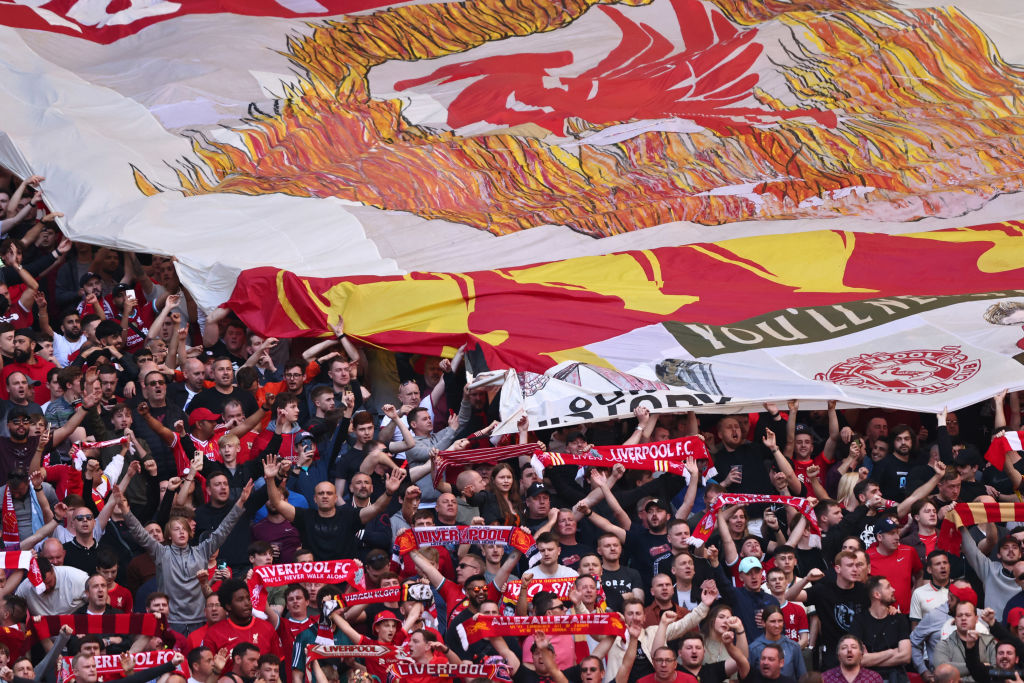 The "We Go Again" phrase was branded all over Anfield in the following games, but it did not have the fairytale ending that Brendan Rodgers' side wanted that year.

Fast forward to 2022 - Manchester City are 3-0 down to Jurgen Klopp's tenacious Liverpool side at half-time in the FA Cup semi-final, and unfurled in the stand at Wembley reads a new sign. 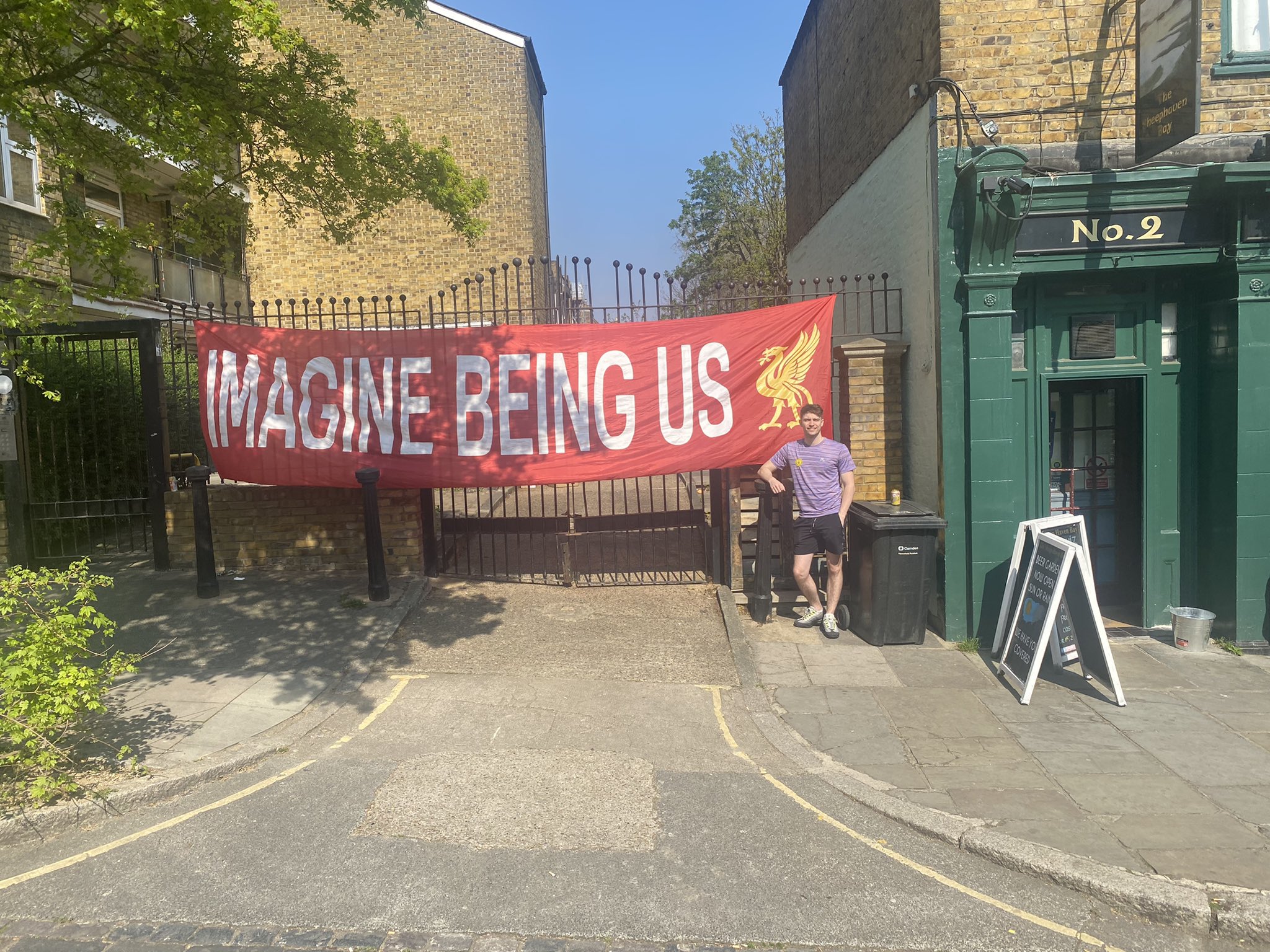 END_OF_DOCUMENT_TOKEN_TO_BE_REPLACED

It will no doubt be seen as arrogant, smug and cocky from the point of view of opposition fans, and will infuriate those who come up against Liverpool, but even the harshest critic can't deny that they are envious of The Reds' position right now.

Granted all that has been won so far is the League Cup - but to be in the middle of April, one point off the top of the league, an FA Cup final pencilled in the calendar, and a Champions League semi-final on the horizon - it's the stuff of dreams.

However, it's not just this season, it's everything that has happened since Klopp took over, and the upward trajectory since then must be as frightening to others as it is exciting for those that wear the Liverbird. 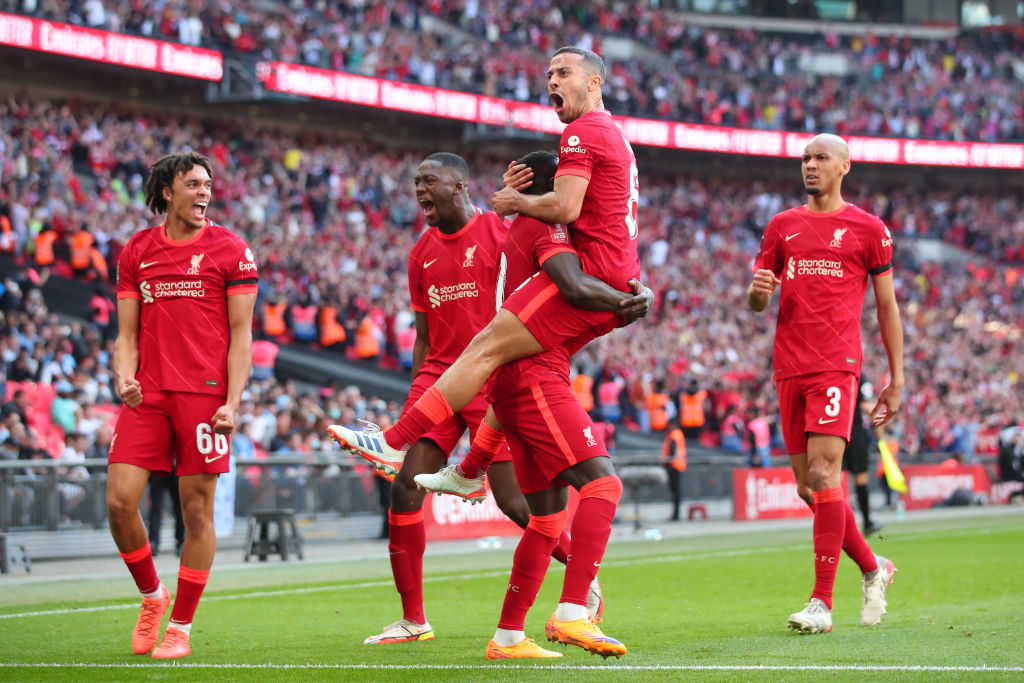 For full disclosure, and you may have already guessed by now, I am a Liverpool fan, and I am obviously loving this.

Firstly the manager; as Burnley have recently just sacked Sean Dyche, Klopp is now the longest serving manager in the Premier League, and what a manager he is.

Everything from the big cheesy smile, the huge hugs given to all of his players after games, the passionate celebrations when his side scores, and of course, the fist bumps. 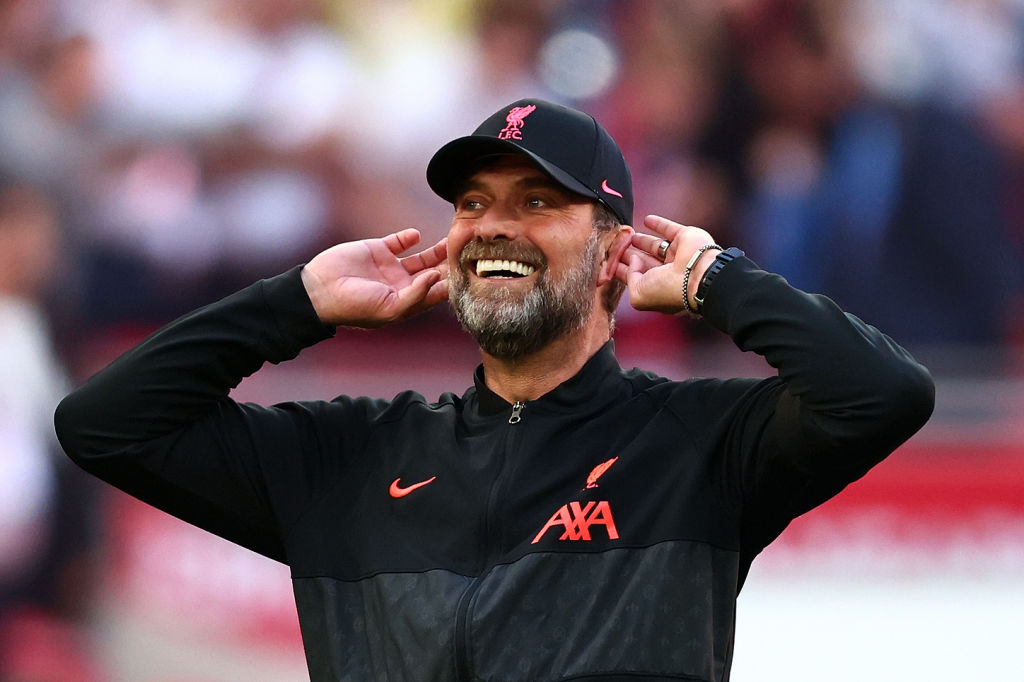 The German does enjoy a moan or two, especially when it's to do with condensed fixtures, but Liverpool fans don't mind because everything he does, he unapologetically does for the benefit and defence of the team.

He doesn't take any nonsense either. A watershed moment was back at his beginning of Liverpool's reins, when the back four had nothing close to the quality on offer now, and the Frenchman Mamadou Sakho was by far the most formidable defender.

However, the player was sent home from a pre-season tour for breaking Klopp's rules and his Anfield career was pretty much over from then. 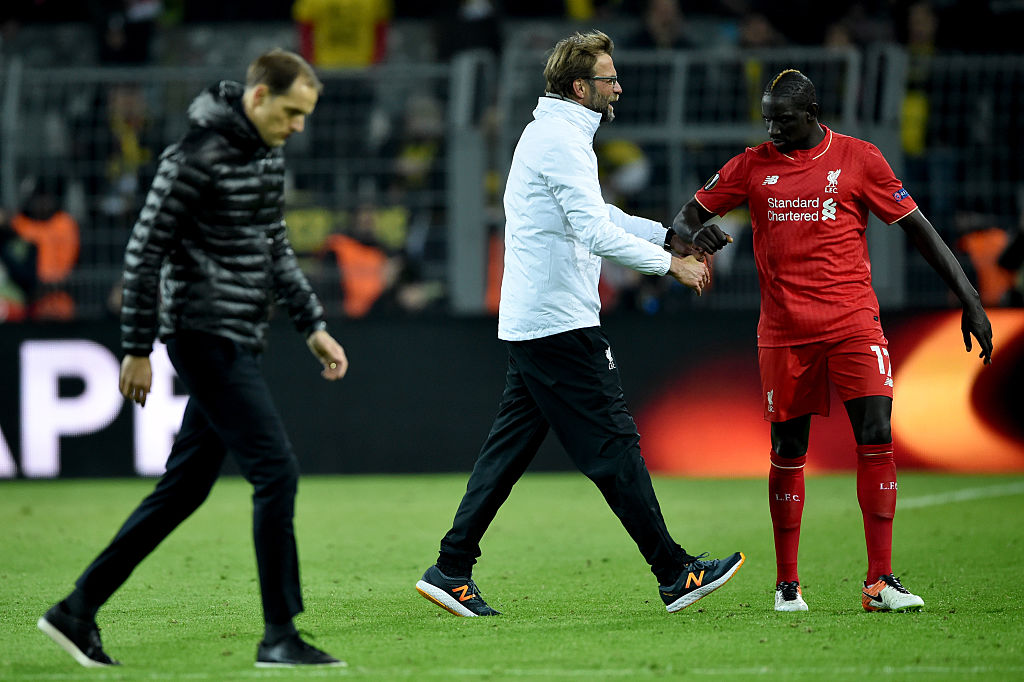 Despite the fact that Liverpool initially suffered from his absence at the back, it set a standard and a tone that became engrained in the team's culture and these big decisions only amplify the respect that Klopp demands from his players.

In terms of transfers, other teams in the Premier League must be green with envy - Salah cost £36.9 million, Mane was £34m, Jota cost £40m - and this is all in a market where Harry Maguire cost £80m, Jack Grealish cost £100m and Romelu Lukaku £97m.

The club is just intelligent with who it buys and sells, and has gone down the old Manchester United and Arsenal route of buying players and turning them into stars, instead of buying ready-made big names with enormous expectations surrounding them. 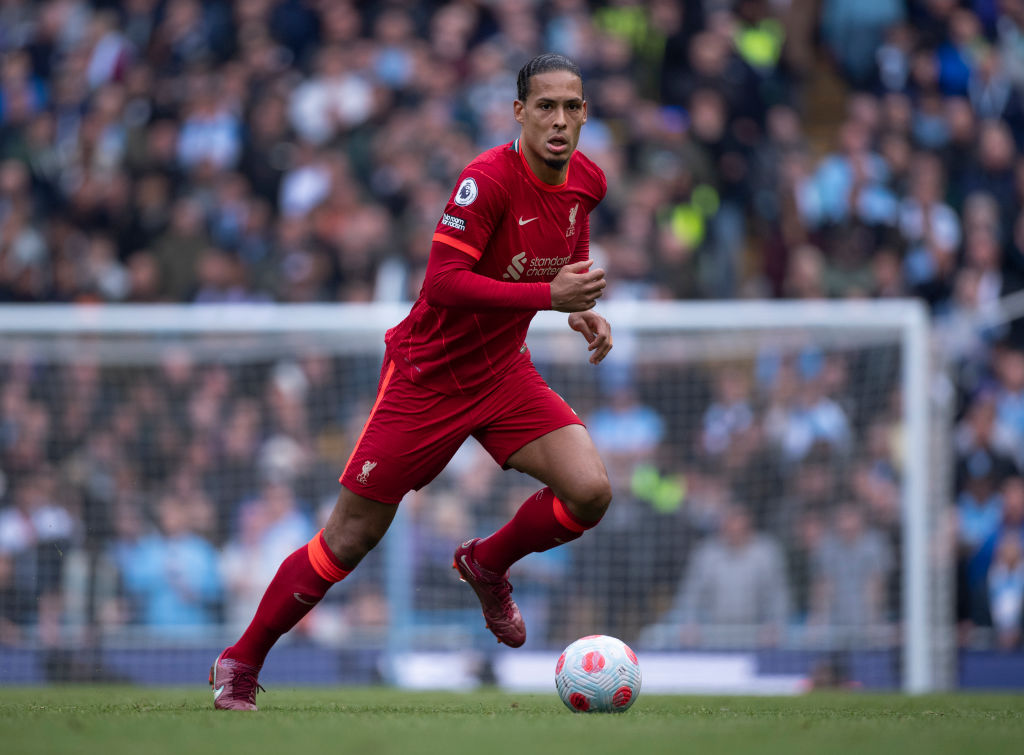 The only time Liverpool were deemed to have paid above the odds was when they brought their goalkeeper Alisson Becker and the colossal baller that is Virgil van Dijk, but no one is arguing that they weren't worth every penny now, and both were bought by the money they received when selling Philippe Coutinho to Barcelona.

The last thing is of course the performances, and the way that this team actually plays football; it's exciting, on the front foot, attacking-oriented and built on relentless work rate.

It couldn't be a more appealing or fan-friendly way to watch football, and even when they lose or fall short, no one is ever claiming that the players lack appetite, bite or hunger - the cardinal sin for a top team. 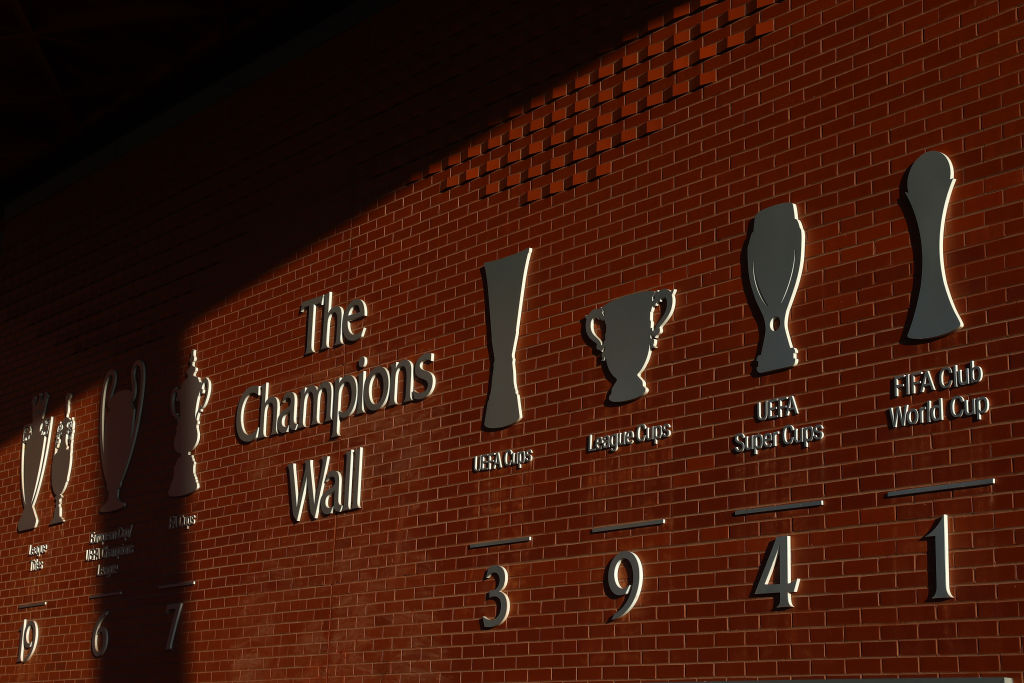 The fact that even the two full backs - traditionally the least exciting roles in a team - are two of the most attacking, dynamic and vital cogs of the Reds' Machine, typifies how entertaining this brand of football is.

Of course it could all end as soon as it started, and the League Cup could be the one trophy that Liverpool finish the season with, as there's still so much to do and so many hurdles left to jump. 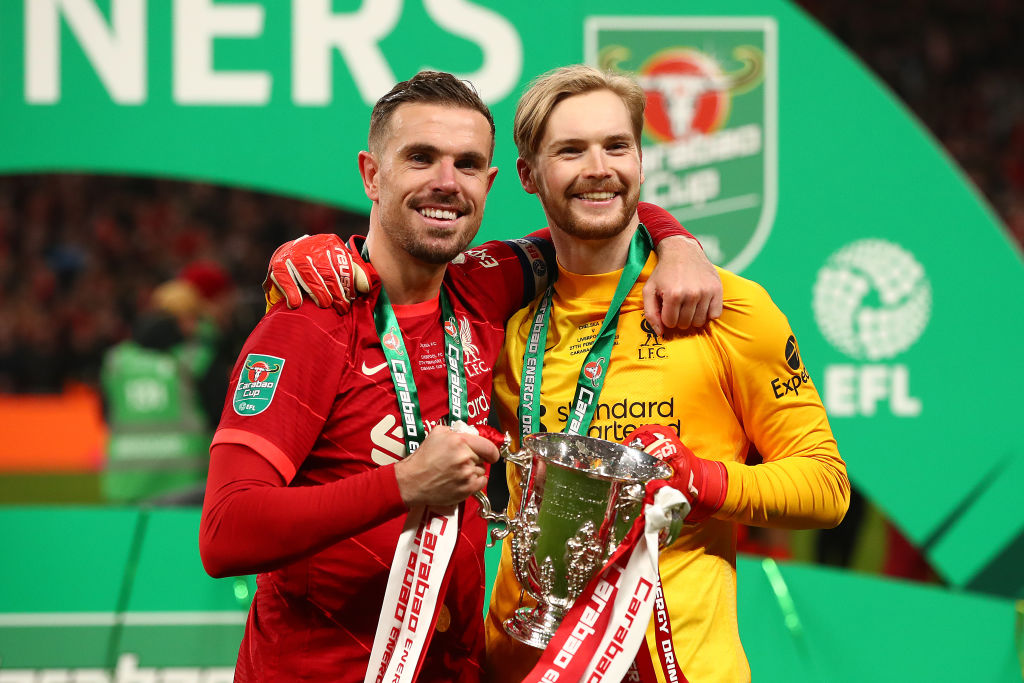 But right now, in this moment, with everything still to play for, it's a golden sweet spot where everything is brilliant and can still potentially get better.

I daren't say the the Q word, but if Liverpool were to win their remaining games and effectively claim these titles, well... I can only imagine.