Bakayoko was let go by officers when they realised he was not a suspect.

Footage posted on Twitter shows the moment Tiemoue Bakayoko was stopped and held at gunpoint by police in Italy, in an incident which proved to be a case of mistaken identity.

Bakayoko is believed to be on the cusp of joining Marseille this week, five years after signing for Chelsea from Monaco. He spent last season on loan at AC Milan, helping them to the Serie A title. 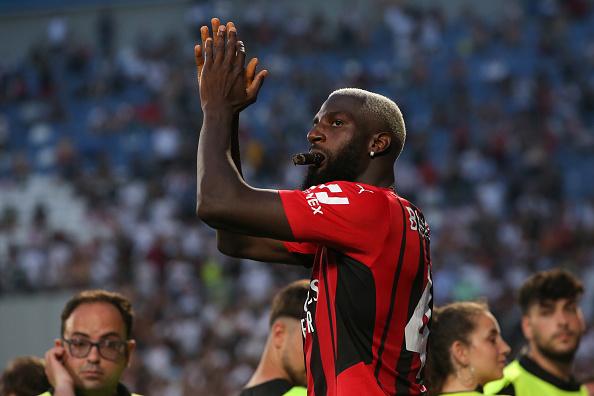 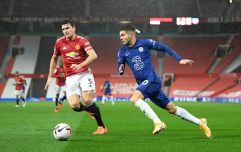 END_OF_DOCUMENT_TOKEN_TO_BE_REPLACED

The 27-year-old was reportedly pulled over by police on July 3 while driving through central Milan. Ordered to get out of his vehicle, he was then pushed against a police car and searched.

At least two officers can be seen holding guns in footage of the incident shared on social media by Italian journalist Tancredi Palmeri.

The officer seen searching Bakayoko is later informed by a colleague that it is not the suspect but, in actual fact, a Milan player. Clearly surprised, the officer immediately stops his search, allowing Bakayoko, who remains calm throughout the footage, to return to his car.

Shocking footage of Milan’s Bakayoko in Milan’s downtown held at gunpoint by police cause taken for someone else.

Check when one of cop goes telling to the colleague searching him that it’s not the suspect but a Milan player, and the cop saying “WHO?!?”
pic.twitter.com/B0PTYiXnc5

Another tweet from Palmeri contained a statement from police, who explained Bakayoko was searched following a shooting which had taken place earlier in the day.

Milan’s police hq official statement: “The search, happened on July 3, was due to gun shooting happened in the area in previous hours, and the two suspected were two men on a suv fitting the description, one of the two was black and with green shirt.
That’s why the gunpoint” https://t.co/jsAV9MOy8B 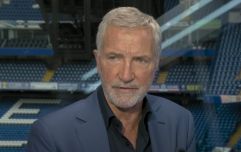 END_OF_DOCUMENT_TOKEN_TO_BE_REPLACED

Bakayoko was signed by Chelsea after impressing for Monaco, where he played in the same side as Kylian Mbappe and Fabinho.

After a difficult debut season at Stamford Bridge, he was loaned to Milan for the 2018/19 season. He returned to Monaco on another loan deal the following year, then Napoli the season after that.

He returned for a second loan spell in Milan last summer, making 14 appearances for the Rossoneri as they won their first Scudetto in 11 years.


popular
“Players flourished when Roy Keane left” - Rio Ferdinand on why Keane was a 'detriment' to Man United
"To be able to call myself the fastest man in Irish history is just amazing" - Olatunde overjoyed after record-breaking run
Specsavers troll former Liverpool star for Darwin Nunez headbutt claim
Man United considering loan move for Christian Pulisic
Jamie Carragher on the three Man United players Erik ten Hag can't trust
"I went up to the Italians and gave them a big auld shoulder" - Paul O'Donovan does it again
Wexford, Waterford and Kilkenny down some good men as Australia calls

You may also like
1 day ago
"Save it for the game!" - Owen Hargreaves on Man United fight before Champions League victory over Chelsea
2 days ago
Thomas Tuchel explains what sparked hand-shake scenes with Antonio Conte
2 days ago
Antonio Conte and Thomas Tuchel get in two fights as Spurs strike late to stun Chelsea
3 days ago
Just like when they were players, Steven Gerrard edges it past Frank Lampard
4 days ago
Raheem Sterling admits that he was unhappy with Pep Guardiola's team selection last season
5 days ago
Man United failed with eleventh-hour attempt to sign Timo Werner
Next Page