The Senegalese international could be on the move.

Everton midfielder Idrissa Gueye has reportedly handed in a transfer request at the Merseyside club after the side rejected a £21.5 million bid from Ligue 1 side Paris Saint-Germain.

Marco Silva's team have insisted that the midfielder is not for sale, but it is understood that PSG will increase their bid in the coming days.

END_OF_DOCUMENT_TOKEN_TO_BE_REPLACED

The 29-year-old has been strongly linked with a move to the French giants during the January transfer window, as Thomas Tuchel's side look to shore up their midfield in the absence of the injured Marco Verratti and the out-of-favour Adrien Rabiot.

The former Lille midfielder made the move to England in 2015 after joining Aston Villa, before his relegation release clause was exercised the following summer in a £7.1 million move to the Toffees. 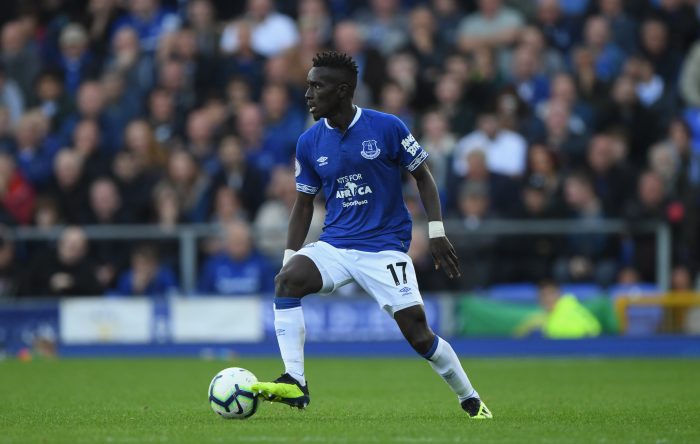 Since joining Everton he has been one of the Premier League's most consistent midfield performers, and has season been responsible for more than 20 percent of the team's tackles, with 83.

END_OF_DOCUMENT_TOKEN_TO_BE_REPLACED

Should he make the move to PSG, it will likely see Gueye play in the Champions League for the first time since leaving Lille, but he is running out of time for the move to be completed.

The January transfer window closes on Thursday and that lack of time would limit Everton's ability to find a suitable replacement.


popular
Man United could be blocked from playing in the Champions League next season
Ireland team vs. France: Form players rewarded and a welcome return
French media's opinion of this Ireland team becomes clear as vital clash nears
Lionel Messi makes decision on Barcelona return
Clive Woodward happy to 'eat humble pie' after bold comments about Ireland
Eight players to watch in tonight's Sigerson Cup semi-finals
"I should have been more mature" - O'Sullivan's injury trail a cautionary tale for Sigerson casualties
You may also like
13 hours ago
Man United's four player transfer shortlist if Qatar takeover goes ahead
1 day ago
Premier League clubs reportedly want the strongest punishment possible for Man City if found guilty
1 day ago
Man United vs Leeds: Why the game won't be shown on Irish TV
2 days ago
Man City facing possible expulsion from the Premier League for breaking financial rules
4 days ago
Mikel Arteta's reaction to Everton defeat is epitome of the modern manager
5 days ago
Nottingham Forest: Sensible signings or real life Football Manager?
Next Page