Well said, by all three.

We are four days into the 2022 World Cup, and FIFA are doing their best (or worst) to keep themselves in the headlines, Over on ITV, Roy Keane, Ian Wright and Karen Carney all stuck the boot in.

Fifa have been accused of 'blackmailing' several of the teams that were planning on wearing OneLove armbands, and threatening to book the captains of any country that wore the symbol of equality and promotion of gay rights.

END_OF_DOCUMENT_TOKEN_TO_BE_REPLACED

That, alongside a staggeringly off-mark speech delivered by Fifa president Gianni Infantino and the issues with holding the tournament in a country with a questionable human rights and migrant workers record, means the sporting money is already under the pump.

Ahead of their coverage of Germany vs. Japan, ITV spent some time discussing the latest FIFA diktats and controversies. Keane, Carney and Wright all had plenty to say on the matter. 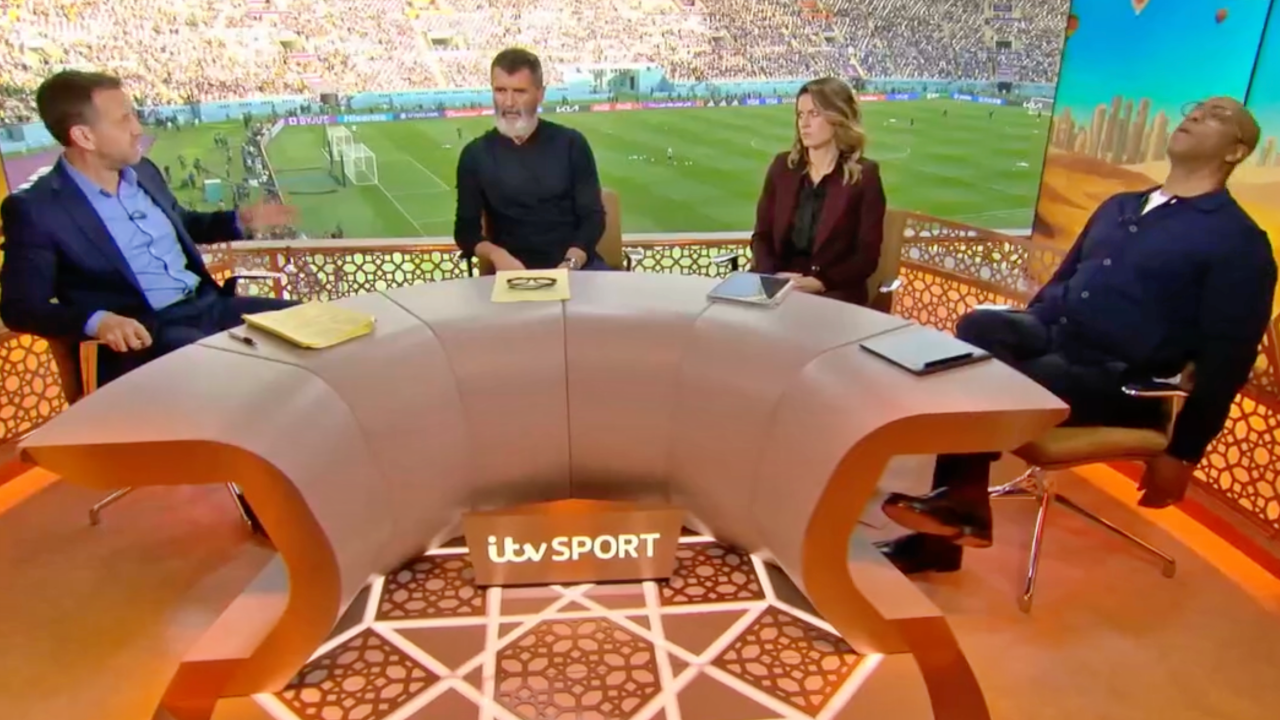 END_OF_DOCUMENT_TOKEN_TO_BE_REPLACED

On FIFA, Roy Keane said 'part of their plan' would have been that 'people would get distracted and get on with the football' but cautioned that the backlash against the sporting body was not going away.

"I go back to what I said the other day," said Keane about his Monday night comments, "that the players should have worn the [OneLove] armband and taken their punishment."

Ian Wright stepped in for his say on the matter, and he teed clean off:

"There's no protest without risk. If you are going to protest, it's got to mean something and there's got to be some risk in it.

"I get the vibe now, from all of the players and teams, that they're all talking about doing something and suing FIFA - it's like wanting to fight when the fight is already over. It's done! It's ridiculous. What, you're going to sue them? Wear the band and take the consequences."

Keane then argued that the Fifa threat of booking captains wearing OneLove armbands should have 'made you even more determined to do it'.

"I know they're upset with it," he added, "but, as you said, if you're going to protest, you are obviously going to upset some people. Go and do it! Be strong!"

"It would have been such a powerful protest," Wright argued. "The LGBTQ+ community would have all seen that they had actually put something on the line, like they do every day with their lives."

Powerful stuff from the three pundits, and former internationals.


popular
Rory McIlroy explains 'falling out' with Shane Lowry that lasted a few years
World Cup Power Rankings: The top eight pundits of the tournament so far
Talksport presenter puts Martin O'Neill to the pin of his collar over Declan Rice and Jack Grealish
Roy Keane scores winning goal past Micah Richards in ITV v BBC pundits match
World Cup Power Rankings: The top 10 players at the tournament ahead of the quarter-finals
Ariel Helwani shares Paddy Pimblett WhatsApp messages as spat becomes public
Eniola Aluko responds to criticism after on-air mistake on ITV
You may also like
1 day ago
Cristiano Ronaldo's sister blasts Portugal boss' decision to start forward on the bench
4 days ago
The full player ratings as England beat Senegal to set up quarter final against France
4 days ago
Arsene Wenger claims teams who focused on politics at World Cup did worse
6 days ago
The SportsJOE Friday Pub quiz: Week 3
1 week ago
The World Cup 2022 team of the tournament so far
1 week ago
France demand FIFA change result of World Cup defeat over 'rule break'
Next Page