Some of our lads face daunting challenges against the best sides in England in the third round this weekend.

The FA Cup third round is one of the most eagerly anticipated weekends on the footballing calendar. While attitudes towards the oldest football competition in the world have shifted dramatically in the last 20 years to the point where it is no longer seen as the main priority for top clubs, it continues to deliver drama, excitement and enough giant-killing surprises to keep you coming back each year.

But one of the main reasons we will be watching keenly this weekend is the host of Irish talent participating. The Republic of Ireland internationals playing for Premier League clubs get their fair share of coverage, but the FA Cup represents an opportunity for players at clubs further down the pecking order to gain some recognition. 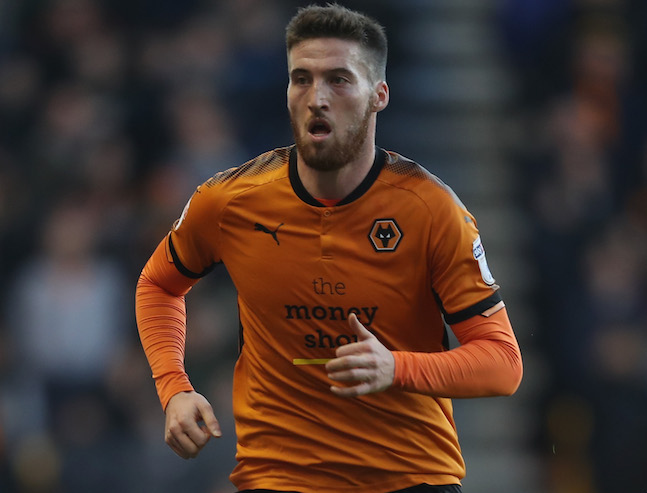 END_OF_DOCUMENT_TOKEN_TO_BE_REPLACED

The 25-year-old Dubliner has been a key member of Nuno Espirito Santo's Championship-topping side this season and is expected to line-up at Molineux when they host Premier League strugglers Swansea City on Saturday.

Doherty has been a mainstay at right wing-back in Wolves' 3-4-3 formation and could cause the Swans a few problems down the flank. Doherty has scored once and supplied three assists for Wolves this season and, having been called up for Ireland's friendlies against Switzerland and Slovakia in March 2016, he could come into Martin O'Neill's thinking with a strong performance here. 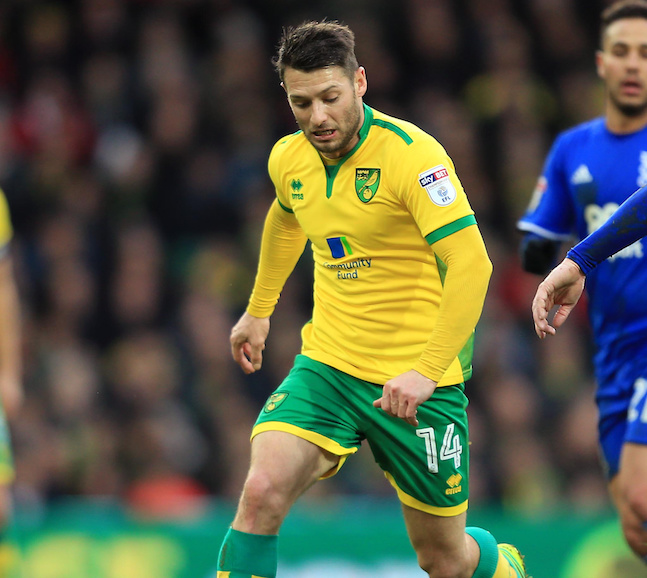 We obviously know all about Wes. The veteran playmaker will be hoping to unlock the Chelsea defence when the Premier League champions travel to Carrow Road on Saturday evening to face the Canaries.

At 35, Hoolahan continues to start regularly for Norwich and will be looked upon as a chief source of creativity as the Norfolk-based club look to record their first victory over Chelsea since 1994. 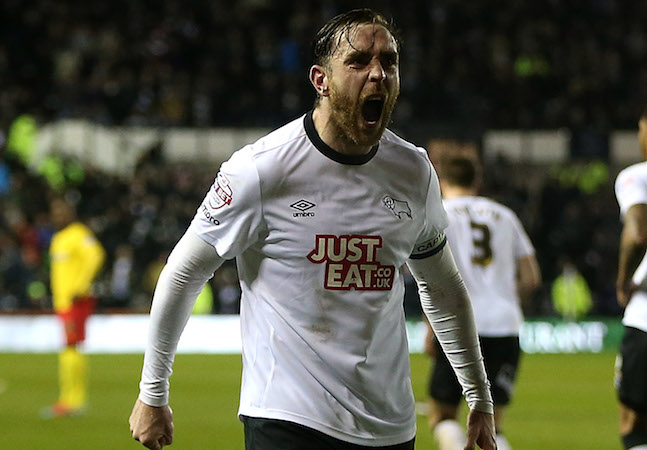 The Rams captain faces the unenviable task of trying to stop Manchester United's attack at Old Trafford on Friday night. The 31-year-old centre-back's 6ft 2in frame will come in handy in trying to keep Romelu Lukaku quiet - assuming the Belgian striker plays - but the 18-time Ireland international can also be an asset for Gary Rowett's men at set-pieces.

His experience, alongside fellow stalwart Curtis Davies, will be a huge factor in frustrating Jose Mourinho's side, or even cause an upset like Bristol City did in the Carabao Cup in December. 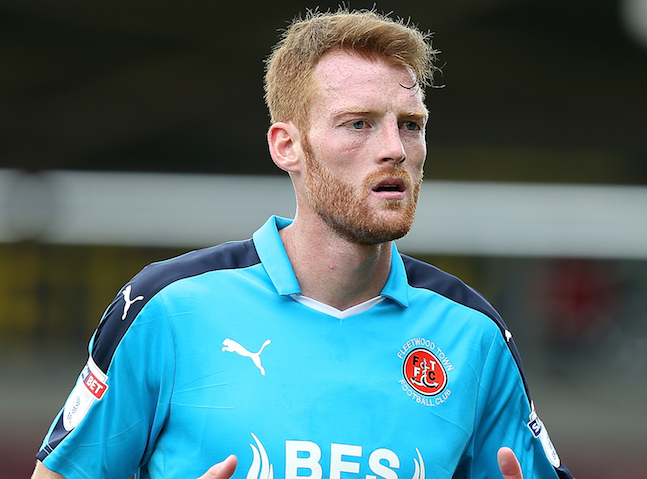 END_OF_DOCUMENT_TOKEN_TO_BE_REPLACED

Fleetwood Town host Leicester City in one of the round's most intriguing ties in the Saturday lunchtime kick-off. Considering the League One side are Jamie Vardy's former team, it has been dubbed 'The Vardy Derby.' However, our interest runs a little deeper than merely the Foxes striker as Celbridge native Cian Bolger will be one of the men trying to frustrate Leicester at Highbury.

Bolger actually started his professional career at Leicester but failed to make a senior appearance before moving on. He has since settled at Fleetwood, though, and will be tasked with stopping the likes of Riyad Mahrez, Vardy and Demarai Gray, if Claude Puel decides to field a strong team.

Fleetwood have also just signed former Bohemians forward Paddy Madden from Scunthorpe but the Dubliner is ineligible for Saturday's clash having already turned out for The Irons in the FA Cup this season.

While Northern Ireland international Will Grigg is Wigan's first-choice striker, veteran marksman Noel Hunt may feature too when the Latics take on Bournemouth. Wigan are two points clear at the top of League One so manager Paul Cook may rotate with big league games in the coming weeks. That could mean a start for Hunt, but we'll have to wait and see.

Hunt was a runner-up in the FAI Cup with Shamrock Rovers in 2002 and will be looking to help his side go far in this season's FA Cup. Jack Byrne is also on the books at Wigan but will not feature as Cook has decided against integrating the 21-year-old into the first-team after his loan with Oldham expired. Byrne is now expected to move on this month, with Peterborough United and Plymouth Argyle among the clubs linked. 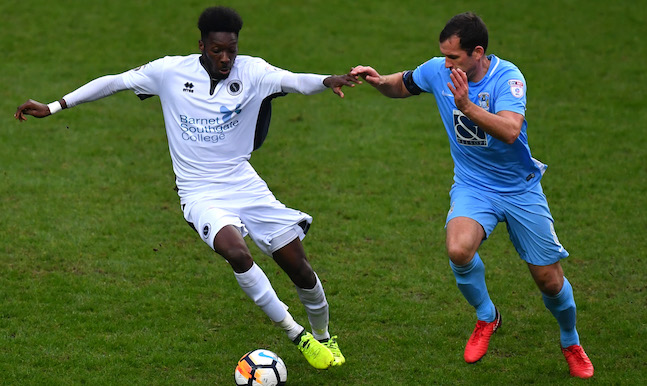 Now 36, Doyle is the captain of Coventry and will be a key man in the plan to upset Stoke City. With the Potters struggling in the Premier League and Mark Hughes very much focused on climbing up the table, he is expected to field a weakened side which may give Coventry a stronger chance of progressing. 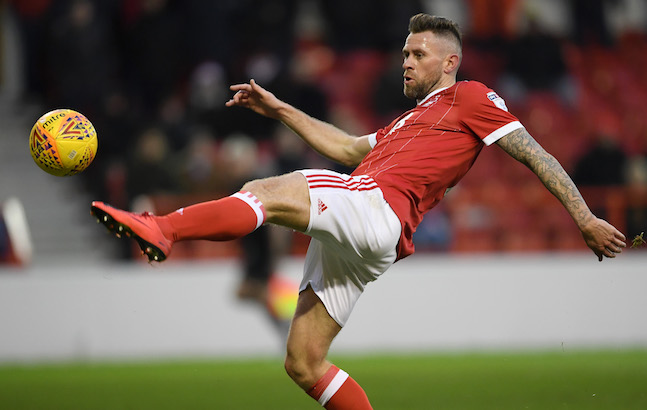 Murphy was a prominent figure during Ireland's unsuccessful World Cup qualifying campaign but he faces a different challenge on Sunday when Forest welcome Arsenal to the City Ground. The Reds are looking for a new manager after dismissing Mark Warburton last week but interim boss Gary Brazil will be in charge for the visit of the Gunners.

Forest usually play with just one striker and with Ben Brereton also in contention, it's not certain that Murphy will start. However, the 34-year-old is known for his physical, robust style of play. That's something Arsenal defenders have struggled with this season (Troy Deeney) so Murphy would be a good option for Forest.


popular
Solskjaer gamble on Harry Maguire backfires in most horrendous way
WATCH: Munster fans in Paris pay tribute to Anthony Foley with spine-tingling Fields of Athenry rendition
José Mourinho swaps Conor McGregor a Roma jersey for some whiskey
"I'll go back running the roads now and make sure my body doesn't get lazy"
GAA at its best as Bellaghy players run into team-mate who buried his father that morning
Alex Ferguson wrote Mickey Harte a letter - ex Tyrone boss reveals in new memoir
"It doesn't look great" - Ulster victory marred by freak Will Addison injury
You may also like
5 days ago
Claiming Callum Robinson has 'silenced his critics' with goals misses the point
6 days ago
Chiedozie Ogbene gives a brilliant interview after leaving Nemo Rangers behind to chase soccer dream
1 week ago
Callum Robinson performance shows Ireland what could have been
1 week ago
Adam Idah ready to play, but Ireland hit with late blow ahead of Azerbaijan clash
1 week ago
The Ireland XI that should get a much-needed victory in Azerbaijan
1 week ago
Callum Robinson says he is not vaccinated, despite having COVID twice
Next Page