Here's the XI Martin O'Neill should pick to play Austria

This is a big game for the Republic of Ireland.

Martin O'Neill's side are currently second in Group D, level on seven points after three games with group leaders Serbia. Austria, who were heavily tipped to do well at Euro 2016, don't appear to have recovered from crashing out in the group stages in France, and lost in their last World Cup qualification game to Serbia 3-2.

They're currently sitting fourth with four points and need a win against Ireland.

You get the impression Ireland would be happy with a draw against in Vienna, given we haven't beaten the Austrians since 1963, and the Irish squad has been negatively affected by injuries.

Here's the XI we think should start the game this evening.

Darren Randolph maintains his places in goal, Seamus Coleman captains the side and starts at right-back. Ciaran Clark keeps his starting spot at the centre of defence, with John O'Shea coming into the side alongside him.

Shane Duffy may develop into a very good player, and he has been excellent for Brighton this season, but he has made some costly mistakes in recent games for Ireland.

O'Shea's experience will benefit the defence, who looked like they missed a calming influence in recent games. Robbie Brady drops back from midfield to left-back, as Stephen Ward is injured. 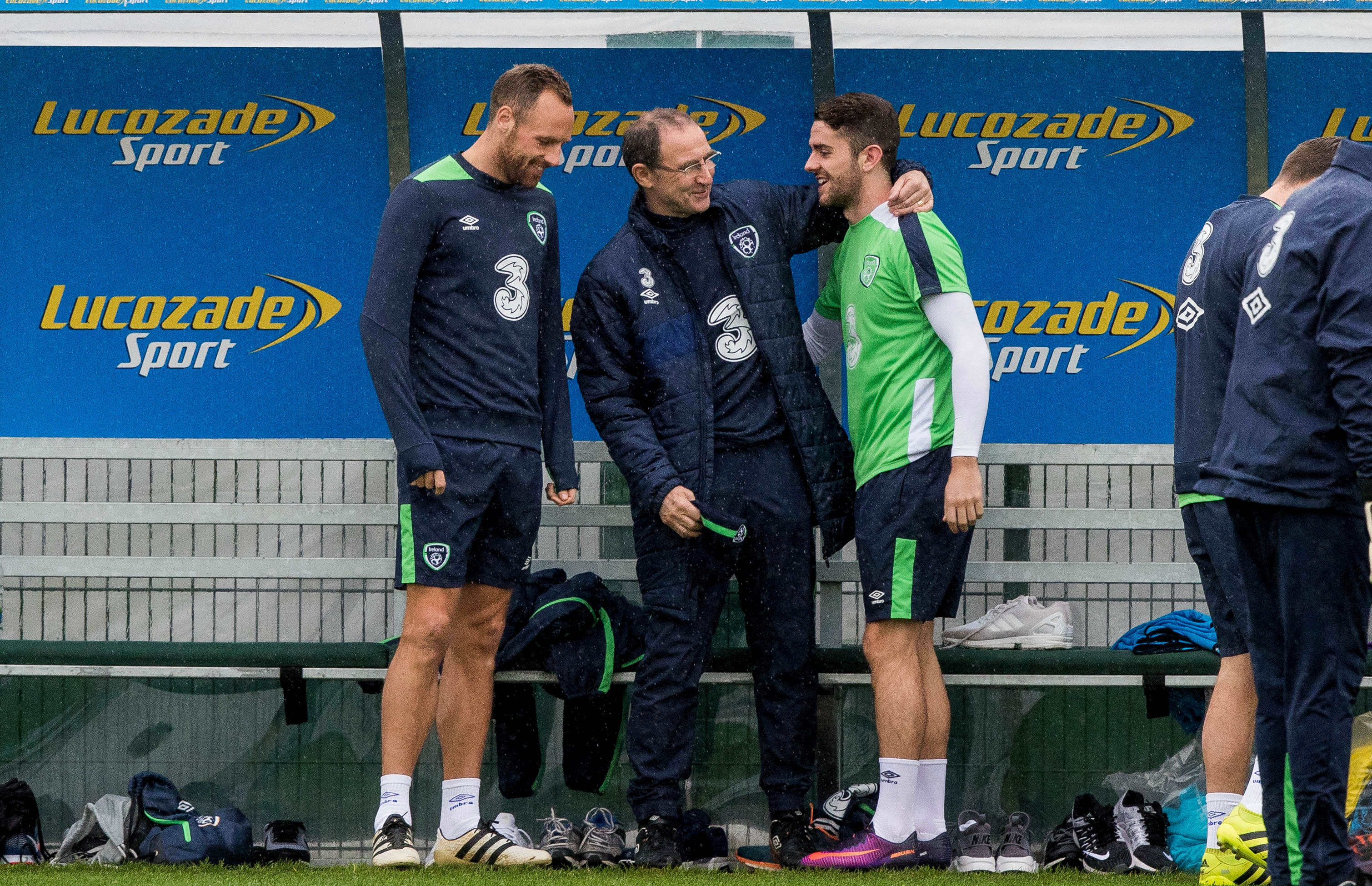 END_OF_DOCUMENT_TOKEN_TO_BE_REPLACED

In midfield, Glenn Whelan starts, with Jeff Hendrick and Harry Arter playing either side of him. Arter has been brilliant for Bournemouth this season, and will add a lot of energy, and some craft, on his long-awaited competitive debut for Ireland.

We've opted for James McClean, who has overcome a back injury to be fit to play, to start up front alongside Jon Walters. McClean has played in a front-two before for Ireland, and showed an eye for goal with his two strikes against Moldova last month.

Walters hasn't played much for Stoke recently, but he impressed when he went into the centre-forward position against Moldova, holding the ball up well and bringing others into play.

O'Neill also has Dundalk winger Daryl Horgan and err, Aiden McGeady, on the bench if he wants to change it up and switch formation later in the game. 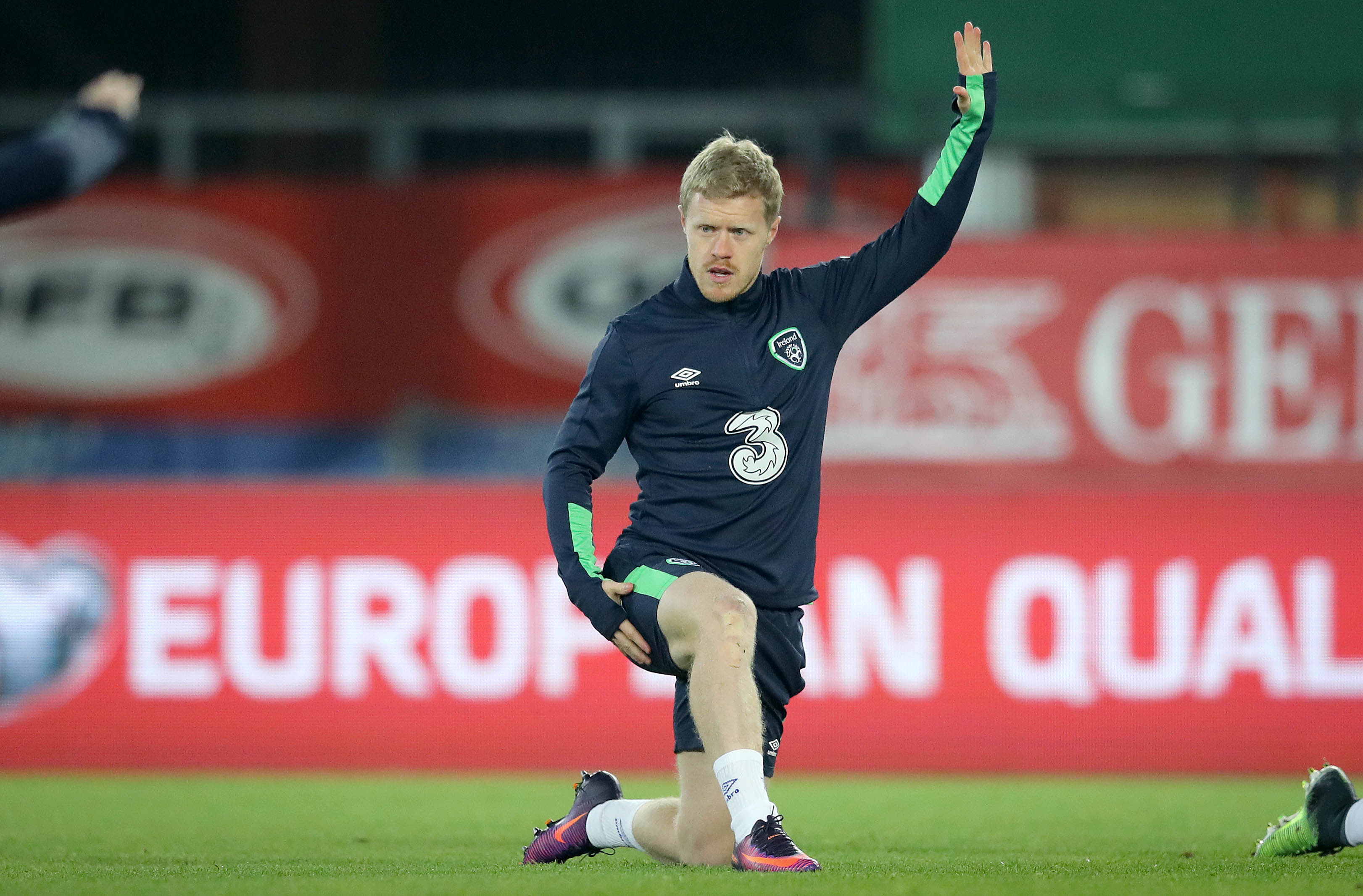 END_OF_DOCUMENT_TOKEN_TO_BE_REPLACED

While Ireland have a terrible record against Austria, and have been hit by injuries to players such as Shane Long and James McCarthy, O'Neill can take heart from the fact they've scored in 18 of their last 19 games.

If they can continue that trend in Vienna tonight, and tighten-up at the back, they should be able to get something from the game.


popular
Solskjaer gamble on Harry Maguire backfires in most horrendous way
WATCH: Munster fans in Paris pay tribute to Anthony Foley with spine-tingling Fields of Athenry rendition
José Mourinho swaps Conor McGregor a Roma jersey for some whiskey
"I'll go back running the roads now and make sure my body doesn't get lazy"
GAA at its best as Bellaghy players run into team-mate who buried his father that morning
Alex Ferguson wrote Mickey Harte a letter - ex Tyrone boss reveals in new memoir
"It doesn't look great" - Ulster victory marred by freak Will Addison injury
You may also like
5 days ago
Claiming Callum Robinson has 'silenced his critics' with goals misses the point
6 days ago
Chiedozie Ogbene gives a brilliant interview after leaving Nemo Rangers behind to chase soccer dream
1 week ago
Callum Robinson performance shows Ireland what could have been
1 week ago
Adam Idah ready to play, but Ireland hit with late blow ahead of Azerbaijan clash
1 week ago
The Ireland XI that should get a much-needed victory in Azerbaijan
1 week ago
Callum Robinson says he is not vaccinated, despite having COVID twice
Next Page