Harry Redknapp's first game back in the dugout was far from triffic as he watched his side succumb to defeat in the Second City derby.

Aston Villa forward Gabby Agbonlahor came off the bench on the hour mark, only to find the net with the game's only goal just 10 minutes later to ensure all three points stayed at Villa Park.

New Birmingham boss Redknapp doesn't seem to be the biggest Agbonlahor fan though as he aimed a pretty sly dig in the direction of the 30-year-old after the game.

“Gabby? He’s come on and had 10 minutes. That will keep him happy here for another year," said Redknapp. 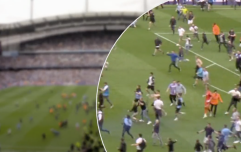 END_OF_DOCUMENT_TOKEN_TO_BE_REPLACED

Agbonlahor hadn't scored for 14 months prior to his game-winning effort on Sunday afternoon and his performance from the bench was praised by his manager, Steve Bruce.

"(Agbonlahor) tried everything he possibly could to be fit and I'm delighted for him, because when he was close (to returning) last time he did his hamstring and was back in the treatment room. All the work he'd done was undone," Bruce said. 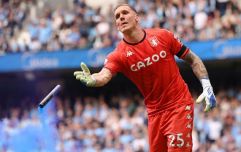 END_OF_DOCUMENT_TOKEN_TO_BE_REPLACED

"He showed what it means to him, he showed passion. As soon as he came on he's making a challenge, he's tearing after somebody. He lifted the whole stadium. He changed the whole atmosphere inside the stadium as soon as he walked on to the pitch.

"Fair play to him, he's won us the match. We've scored off a set-piece - a sloppy one at that. But we'll take it."

But supporters were divided on Redknapp's comments, with some reckoning he was on the ball to criticise Agbonlahor but others suggesting he was being no more than a sore loser.

Funny comment by Redknapp after though! That should keep Gabby happy for a year 😄

LOL Harry Redknapp, if Gabby only played "10 minutes" per derby game in a whole season but scored the winner it would be worth his wages.

#avfc what a complete Wanker Harry Redknapp is slagging Gabby off! Look at your own shit Twat