Harry Maguire has responded to criticism over his choice of goal celebration in England's win over Albania after Roy Keane described it as "embarrassing."

Maguire opened the scoring for the Three Lions as they cruised to a 5-0 win over Albania to all but secure their place at the World Cup in Qatar next year, but despite Harry Kane scoring a perfect hat-trick, it was Maguire that was the centre of conversation.

END_OF_DOCUMENT_TOKEN_TO_BE_REPLACED

As the Manchester United centre-back headed home from Reece James' free-kick to give England the lead at Wembley, he seemingly used his celebration as a way to send a message to people who have been critical of his performances at club level.

Running towards the crowd, the 28-year-old cupped his ears to the fans before knee sliding with his fingers in his ears as a way to signal that he was blocking out any hate directed towards him.

After the game on ITV, Roy Keane wasn't impressed and had strong words for the centre-back. He said:

"[Maguire] puts his hands up to his ears. He's like 'shutting the critics up'. I think it's embarrassing. He's been a disgrace the last few months for Man Utd. He thinks if he scores there, he's going to shut his critics up. Embarrassing." 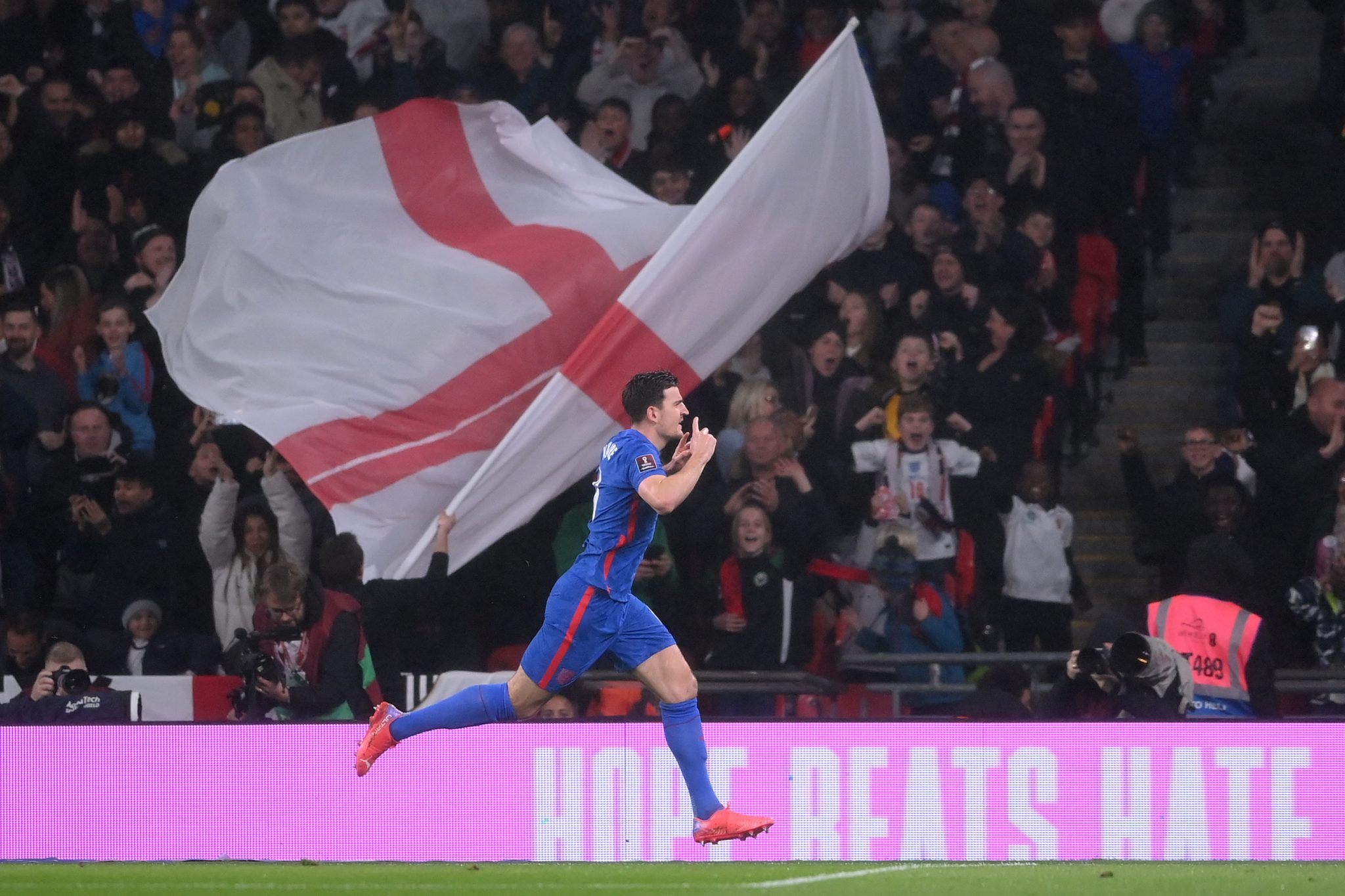 But Maguire has since come out and defended the celebration and claimed that his gesture wasn't aimed towards anybody.

Speaking on Sky Sports News, he said: "It was a great ball from Reece. We'd worked on it, we knew the areas we could exploit and credit to all the staff for doing that.

"I managed to direct the header into the far post and I think when you play these games, the first goal is crucial and it comes quite a lot from set-plays. We knew we'd get a lot of set-plays and we had to be clinical with them.

"The celebration was a knee slide, it just came naturally to me. It's an amazing feeling to score for my country.

"It wasn't directed at anyone, it just came naturally to do that and open the scoring for England and get the important three points."

"Is he a Hulk Hogan fan? I don't know what the celebration was for. He's a fabulous player, two months ago he was in the Euros team of the tournament.

"He's rushed back because he's the sort of player who has a huge conscience to help his club. You get lots of players who hide in the treatment room when pressure is on. He hasn't done that and I have massive respect for that but you can go into matches not fully fit and you're judged as fully fit in those moments."

"I've had a good chat with him this week," Southgate added, "reminded him how important he is for us, he's been able to switch focus and have a few days on the training pitch which has probably helped, and his performance was very good."