Harry Arter has been through a lot.

Professionally, personally, he's been through the ringer but he's always come out at the other side of it standing on his own two feet, ready to take whatever else football and life has to throw at him.

He's struggled with injury throughout his career. When others were getting chances and establishing themselves, the Irish international was biding his time, doing rehab, taking relatively unsuccessful loan spells just to keep playing.

From the outside, it might've looked like he would never make the breakthrough for a while there. As a teenager at Charlton, injury hampered his progression until he was eventually released. He was taking rejections then square in the teeth, so much so that he offered to play for the Addicks for free but there was always something inside of Arter - technically and mentally - that would make it impossible to write him off completely.

When Alan Pardew of all people left The Valley, he had a kind word for Arter who still hadn't made an appearance for the senior team.

"You've had a tough time, but I have faith in you," Pardew said. "You're going to be a player, son."

He called it perfectly. Nine years later and the midfielder has blossomed into a leader of men. 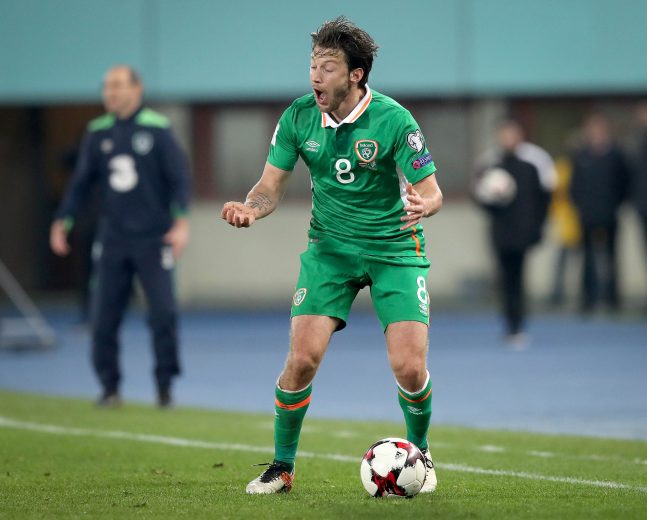 Arter might be well established now as one of the most exciting talents in the Premier League but he still faces adversity like no other.

He didn't like the thought of Jack Wilshere coming to Bournemouth. He worries all the time about his position, but he rises above it, he improves further, and he keeps his spot in the team. Now, he's in a place where he relishes the competition that Eddie Howe continues to introduce into the squad.

"This is my opportunity to become even better," Arter says in the Daily Mail. "To try and be better than Jack."

To try and be better than Jack. You can't keep a good man down, especially not the best of them.

But, still, he suffers setbacks like missing out on a trip to France with Ireland in the summer. Injury again. 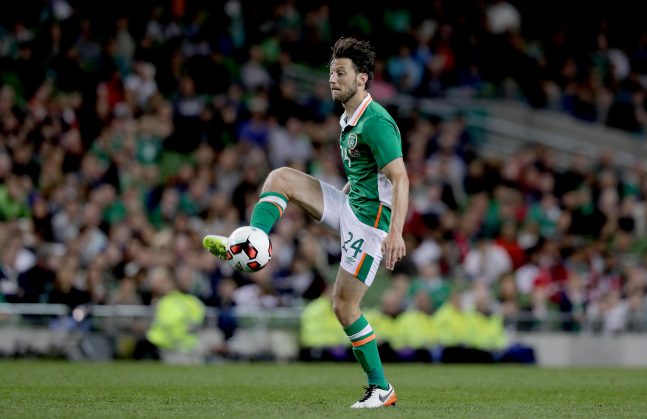 In his personal life though, Harry Ater has suffered the most unimaginable grief. The loss of his daughter Renee, who was stillborn, united the football world in sympathy for the 27-year-old and his wife Rachel.

The heartbreak the pair must go through every day can't even be put into words but Arter likes to talk about Renee and, if his experiences help anyone, then he'll talk all day.

Speaking with Jamie Redknapp in the Daily Mail, he revealed how he has raised money for a cuddle cot, for other parents who have to go through the same tragedy.

"Some people can be proud of their children going to school for the first time and watch them learn how to swim. We can't. So we are proud for different reasons," Arter explained.

"She can help other families with the cuddle cot (it preserves stillborn children so they can spend one night with the grieving family).

"It has helped us to deal with it. A little thing you might think, but an important thing."

His story is devastating but it can help others so he'll tel it again and again if he has to. Unfortunately, some people might not understand just what Arter and his partner went through and non-league club Hitchin Town were forced to let go of one of their players, Alfie Barker, after he abused the Bournemouth man on Twitter.

Barker took an appalling swipe at Arter and the loss of his daughter and he did it on social media for the whole world to see.

"It hasn't impacted on me. Some little kid sitting in his house tweeting me when I'm playing against Arsenal is not important in my life.

"Honestly, hand on heart. It's not. There is nothing more to say."

He couldn't have said it any better anyway.

Arter will continue his rise and his fightback, that's what he does. And he'll continue to love his daughter Renee as they expect a baby for the second time in February.


popular
Rio Ferdinand recalls Roy Keane sparking out United youngster in training
Sean Cavanagh speaks nothing but sense about what GAA players should do in the gym
The SportsJOE 12 o'clock quiz | Day 309
Robbie Henshaw one of three Irish players deserving of Lions Test XV
Referee Mathieu Raynal puts Sexton in his place after TMO mess
Jamie Redknapp's face after going toe-to-toe with Roy Keane as Matt Doherty caught in the crossfire
"I feel it is important to provide people with some context surrounding this photo."
You may also like
1 month ago
QUIZ: You'll need to be a massive Ireland fan to get all these one-cap wonders
3 months ago
FAI investigating Ireland England video as "a matter of urgency"
3 months ago
Full player ratings as Ireland fall to another defeat in Wales
3 months ago
Matt Doherty awarded man of the match playing left back, says he has no problem playing there
3 months ago
Kevin Doyle easily sums up the difference between England and Ireland
3 months ago
Aaron Connolly ruled out of all three Ireland games along with Callum Robinson
Next Page