Where did it all go wrong for Phil Jones?

It wasn't that long ago when Phil Jones was destined for greatness.

2011 was the year and Sir Alex Ferguson had to push hard to beat a number of other suitors to secure Phil Jones' signature. He'd spent nine years in a youth set-up in Blackburn, he'd graduated to the club's first team by the time he was 18 and he'd turned in enough star performances in his second season to convince the whole of England that this lad was their great white hope.

The next John Terry perhaps.

So United splashed out €16.5 million on him and he looked worth every cent of it from the word go. From right back, his defensive game was impeccable and he also got forward to good effect in a season where he emphatically established himself as a United regular.

United were on to a good one.

But Jones ascendancy didn't stop there and in 2013 he was still lording it when Alex Ferguson, never one to dish out praise handily, said that the 21-year-old had the potential to push on and become the club's greatest ever player, even greater than Duncan Edwards. 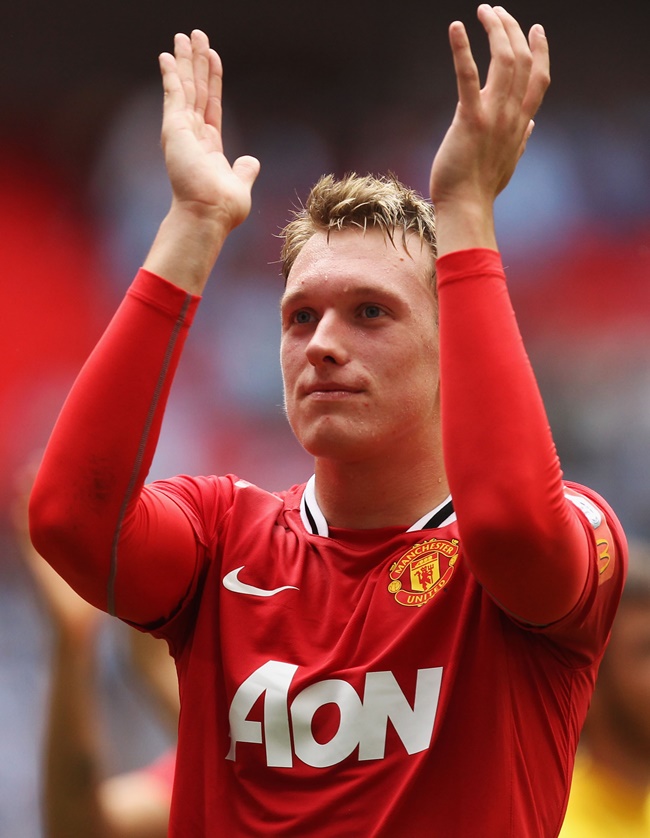 "Jones, arguably the way he is looking, could be our best ever player. I think Jones may be one of the best players we have ever had, not matter where we play him. At 21 years of age, he is going to be a phenomenal player. I think he can play anywhere on the pitch," said Fergie.

But somewhere along the road, it's all started to unravel for the Preston lad. The fact that he became jack of all trades - he could play midfield, right back, centre back - but a master of none didn't allow him settle. Things didn't improve for Jones under Moyes and they got worse under Van Gaal with United fans beginning to turn on him.

A string of luckless injuries has also stalled his progress and so just like that he went from the next big thing to what he is now, a parody of a player.

END_OF_DOCUMENT_TOKEN_TO_BE_REPLACED

Mourinho clearly doesn't trust Jones these days, having started him only six times this year, and the evidence of his display against Valencia on Wednesday night makes it easy to see why.

Jones recklessly catapulted himself into challenges when all he needed to do was stand up. He was clumsy and all over the shop and an unrecognisable shadow of the player who used to read the game so well.

Graeme Souness isn't the only one disappointed in Jones and speaking on Virgin Media after the game, he said what every United fan was thinking about Jones - that he spends way too much time upside down on the ground.

"He spends a lot of time on his back-side Phil Jones...Clumsy...not just tonight, for me he spends too much time on his backside...It's not a good sign when a defender goes to ground...Stay big," he said.

"He spends far too much time on his backside!"

And Souness wasn't the only one taking Jones apart. Michy Batshuayi didn't spare him and neither did Monaghan footballer Conor McManus.

Glad you like guys... but can we talk about Phil Jones face first ? 😂 #anotherone https://t.co/dLUjQw5Uh8

How poor aul Phil Jones still pulls a wage is a complete mystery!!


popular
"When Sean Boylan was around, you didn’t need a psychologist or a counsellor - he did it all himself"
The SportsJOE 12 o'clock quiz | Day 136
The daily diet of Manchester United midfielder Jesse Lingard
COMPETITION: Answer this survey for a chance to win a fabulous stay at the Trident Hotel in Kinsale
The diet of a modern day rugby player compared with a top jockey
James Ryan's misfortune opens Leinster and Ireland doors for Ryan Baird
A starting XI of the best free agents available this summer transfer window
You may also like
20 hours ago
The daily diet of Manchester United midfielder Jesse Lingard
1 week ago
"I was the monkey on his back, all the time" - How Clough handled Keane
2 weeks ago
'Cristiano Ronaldo broke David De Gea back in 2018'
3 weeks ago
Victor Lindelof is 90% perfect, but it's the rest that kills you
4 weeks ago
"Luis Suarez made a big mistake and we, as a club, got it wrong" - Jamie Carragher
1 month ago
'Pogba seems to really appreciate having someone in there who's taking the limelight'
Next Page