Aston Villa are back in the Premier League after three seasons out of the big time.

Villa defeated Derby County in the Championship playoff final, on Monday, to return to the top flight of English football. The club were in mid-table at the turn of the year but the return of captain Jack Grealish from injury helped spark an impressive run of results.

END_OF_DOCUMENT_TOKEN_TO_BE_REPLACED

Dean Smith's side defeated Derby 2-1, at Wembley, and work is already underway to ensure they can stick it out in the Premier League.

Smith told the official Villa channel that he was most looking forward to facing Manchester United at Old Trafford as former Red Devils boss Alex Ferguson had promised to share a prime bottle of red wine after the game.

Villa's players are enjoying a well-earned break before they return for pre-season in a few weeks and get to work. Eight of their now former teammates will not be joining them. 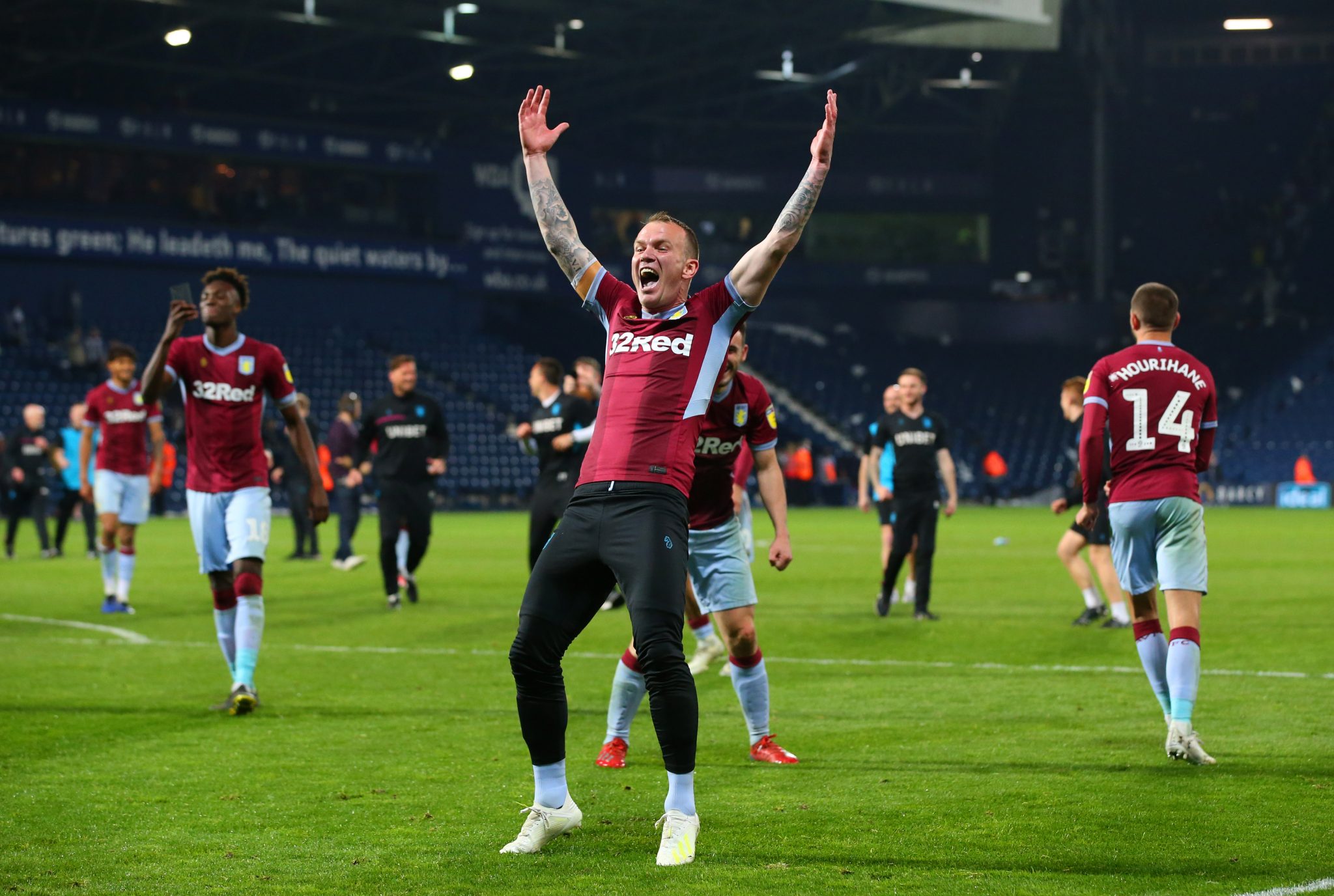 In a very short and somewhat sweet press release, this afternoon, Villa confirmed the departure of several familiar faces:

'We’d like to thank all of them for their contributions and wish them the best of luck for the future.'

47 words. Take out the players' names and that is just 30 words used to see off the players. The club did, at least, put together a video for social media:

We can this afternoon confirm the release of eight players. Thank you all, for everything. Best of luck. 💜https://t.co/2cHnkCyrdl#AVFC pic.twitter.com/9We4EHO50x END_OF_DOCUMENT_TOKEN_TO_BE_REPLACED

It seems particularly cutting to the likes of Alan Hutton (198 Villa appearances), who had already signalled his exit with a post lauding the club and its fans, Albert Adomah (125 appearances) and veteran midfielder Glenn Whelan (73 appearances in two seasons).

Ireland international Whelan made 36 leagues appearances (24 starts) for Villa this season and last started in the 2-1 playoff semi-final win over West Brom.

It remains to be seen what his next club career move will be.


popular
Rob Kearney taught a classic GAA lesson when he tried to have the craic in second game back
Shane Lowry had no problem setting reporters straight at Ryder Cup briefing
The scenes in Newbridge as the biggest hit and hope ever knocks Moorefield out
Conor McGregor nearly hits Chicago Cubs fan with wild first pitch at Wrigley Field
Kieran McGeary on his relationship with Mickey Harte and his role in Tyrone's success this year
When Liam Brady lit into Brian Clough for his dismissive Mick McCarthy comments
'Solskjaer has started the new season the same, so why would you expect a different result?"
You may also like
3 days ago
Tottenham and England legend Jimmy Greaves dies aged 81
1 week ago
Paul Scholes says crucial difference can win Champions League for Man United
1 week ago
Benjamin Mendy to remain in prison until January 24
2 weeks ago
Cristiano Ronaldo's Man United return to be broadcast for Irish viewers
3 weeks ago
Man United's Deadline Day was much busier than you'd think
3 weeks ago
Leeds fans chanted 'you're too s*** to play for Leeds' at Daniel James two weeks ago
Next Page