"If I’m stood beside Glenn Whelan and I’ve done something wrong, he’ll dig me out."

You don't muck around when Glenn Whelan's around you.

He might not be the most popular player on the Republic of Ireland squad but there's a reason top managers keep picking him automatically and there's a reason why his team mates respect and appreciate him. There must be.

END_OF_DOCUMENT_TOKEN_TO_BE_REPLACED

Well, Charlie Adam reckons that Glenn Whelan is so good that Arsenal could be doing with a player like him.

Before the turn of the year, we spoke with a journalist in Stoke who said that, pound for pound, you'd struggle to argue against Glenn Whelan as the best defensive midfielder in the Premier League.

Another loss for Arsenal on Wendesday night - their third loss in a row - and that lack of steel has never been more evident. Speaking to BBC Radio 5 Live, Whelan's Stoke ally Charlie Adam reckons that no-one talks on the pitch for the Gunners. And no-one holds themselves like Whelan does. 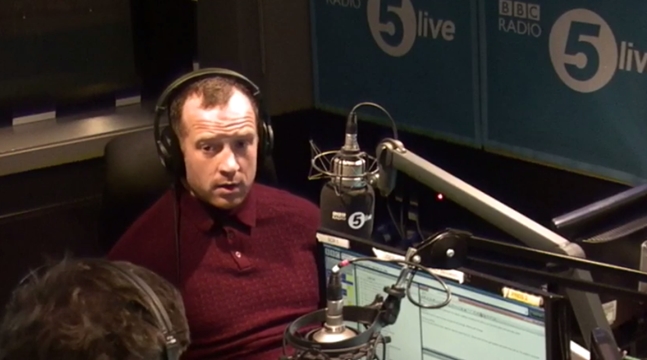 END_OF_DOCUMENT_TOKEN_TO_BE_REPLACED

"Nobody [talks]," he said. "There's not really anybody.

"There are players in other teams where you know if you do something wrong you see them get dug out. I see [Alexis] Sanchez sometimes but he does it in the wrong way, he throws his arms in the air and things like that.

"If I’m stood beside Glenn Whelan and I’ve done something wrong, he’ll dig me out. It doesn’t mean he doesn’t like me, he just knows you’re better than what you are. And sometimes you need that, you need that rollicking to spur you on.

"Playing against Arsenal, I just don’t see it. I don’t see that type of player, who gets to that stage where they want to have a go at somebody, just to try to gee them up and get them going.

END_OF_DOCUMENT_TOKEN_TO_BE_REPLACED

Just last month, Glenn Whelan was praised for his bossing performance against Arsenal during their goalless draw at the Britannia Stadium.

The Republic of Ireland international was hailed as the reason why Man City, Man United, Chelsea, West Ham and Arsenal were unable to score against Stoke.

Not everyone seemed convinced.

Tell it to Buffon, why don't you?


popular
Roy Keane reacts to Brazil's jubilant celebrations in first half demolition job
World Cup 2022 Day 16: All the major action and talking points
Didi Hamann thought Brazil substitution was "disrespectful" to South Korea
Portugal boss could strip Cristiano Ronaldo of captaincy
Roy Keane handled Gary Neville’s goal celebration as most Irish fans would
Rory McIlroy explains 'falling out' with Shane Lowry that lasted a few years
Roy Keane cracks up ITV pundits with description of Senegal supporters
You may also like
1 month ago
"That was a little bit over the top" - Lee Dixon on Ben White's interview after Southampton draw
1 month ago
Paul Merson claims that Aston Villa were wrong to sack Steven Gerrard
1 month ago
"Roy Keane was my dream player to play against... he wasn't a clever player" - David Hillier
1 month ago
FA reviewing incident involving Arsenal and Liverpool players after clash
1 month ago
Arsenal fans won't be happy with Jurgen Klopp's Gabriel Jesus comment
1 month ago
Thierry Henry once humiliated teammates in training just to prove a point
Next Page