Listen, we admire Henrik Larsson as much as the next guy but we think he might have been just a notch or two below the standards that Cristiano Ronaldo is currently setting.

A lot of you would probably agree with that statement but not Juventus and Italy legend Gigi Buffon.

The iconic goalkeeper has faced some of the best strikers to ever lace their boots and he is adamant that the Celtic hero is up there with the greatest of all time. 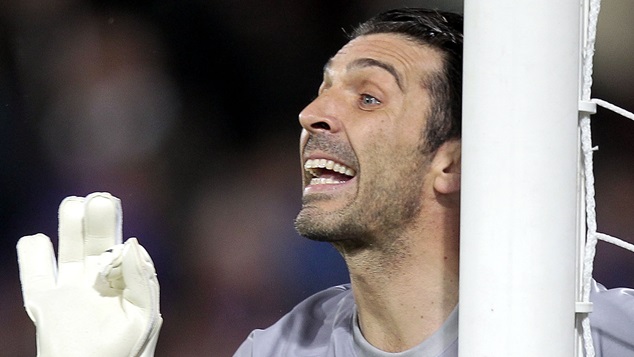 “Over my career I have played against some of the best strikers there has ever been. Both Ronaldos, Roberto Baggio, Zlatan Ibrahimovic – and I can honestly say Larsson is not out of place in those names. I faced him against Celtic and Sweden and he was a player to fear, he was very special.

“Celtic got his best years and I am sure the fans will always remember how fantastic it was to have one of the best players in the world for so many seasons.”

Far be it for us to doubt the opinion of Buffon, who is among the best goalkeepers of all time, but we just can't bring ourselves to talk about Henrik Larsson in the same breath as Cristiano Ronaldo.


popular
Mario Balotelli, Luis Suarez, Fernando Torres and why Rio Ferdinand "hated them"
"I don’t trust you" - Joey Barton delivers brutal dismissal of Irish defender
Quiz: Who plays here? Match the club to these 25 stadiums
"I remember just hugging this Irish guy" - How one Kiwi rugby star reacted to Ireland's historic series win
Gatecrashed interviews and chip-shop previews - Wexford GAA's online coverage sets the standard
"I'll ask for everyone that comes to the game to wear purple and roots for us" - Pat Fitzgerald
FIFA set to move the start date of 2022 World Cup
You may also like
3 days ago
Roy Keane cracks Cristiano Ronaldo joke during Man United loss to Brighton
3 days ago
Roy Keane asks the right question about Cristiano Ronaldo situation
3 days ago
Cristiano Ronaldo declares himself fit and 'ready' to start Manchester United's season opener
6 days ago
Jamie Carragher doesn't believe that Erik ten Hag or Manchester United want Cristiano Ronaldo
1 week ago
Erik Ten Hag slams Ronaldo and Man United players for ‘unacceptable’ behaviour
1 week ago
Some of the bullshit surrounding Cristiano Ronaldo, this summer, has been pitiful
Next Page