Steven Gerrard is looking to reunite with Luis Suarez

Steven Gerrard is looking to bolster his Aston Villa squad even further by making an approach for Luis Suarez, according to reports.

According to Spanish journalist Gerrard Romero, Gerrard has made contact with his former Liverpool teammate to see if he can tempt him away from Atletico Madrid and return to the Premier League. 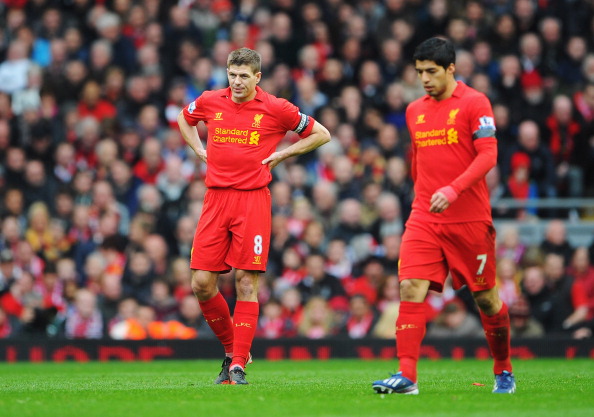 END_OF_DOCUMENT_TOKEN_TO_BE_REPLACED

Speaking on a live Twitch broadcast, Romero claimed that the Uruguay international had rejected proposals from several other clubs, with offers coming from Brazil and Saudi Arabia, and has his eyes set on a move to the West Midlands.

The 34-year-old's contract runs out at the La Liga champions at the end of the season, meaning Villa could swoop for him on a pre-contract deal, or sign him for a cut-price fee.

Suarez has scored nine goals in 27 games so far this season for Los Colchoneros. The Uruguayan possesses one of the best goalscoring records in football, having scored over 400 career goals - with 82 in 113 appearances during his time in England.

Gerrard has previously spoken of his admiration for Suarez during an interview back in 2015 where he praised the talents of the striker.

END_OF_DOCUMENT_TOKEN_TO_BE_REPLACED

“I don’t think anyone ever looks forward to playing against Luis Suarez, he is a fantastic talent and a very dangerous player," he said.

“He is a fantastic teammate, probably the best player I have played with. He’s a good guy, a family man away from the pitch, we keep in touch and have supported each other throughout our careers.”

Should a move be completed, he would become Villa's fourth signing under Gerrard after the club have signed Lucas Digne, Philippe Coutinho and are also set to confirm the arrival of goalkeeper Robin Olsen.