Spanish football is all about the rivalry between Real Madrid and Barcelona, and Gerard Pique has joked about how he trolls journalists who support the Bernabeu club over WhatsApp.

A Barcelona man inside and out, the centre-back has long dedicated his time to trashing Madrid at every opportunity. The men targeted this time were Madrid based journalists Tomas Roncero and Alfredo Duro, with the help of pig emojis.

"We have a WhatsApp group," he claimed on Movistar Plus program La Resistencia.

"It's called FC Barcelona and the photo is the club badge. We are very creative, yes. We are all together. The right idea is to create a good atmosphere.

"Sometimes I put in random people, Roncero, Duro... We send pig emojis or say 'Duro me la pones dura [Duro, you make me hard]' and then we throw them out." 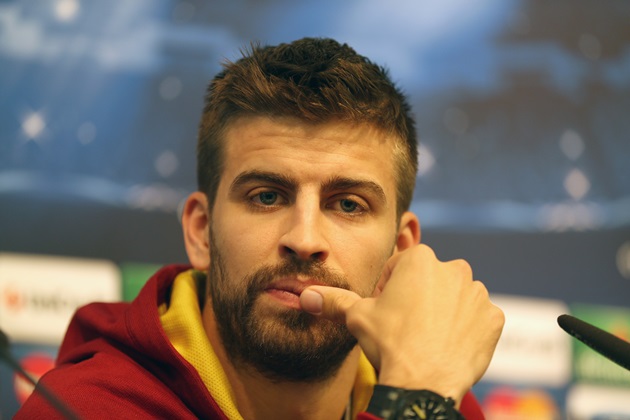 The interview gave Pique a chance to indulge in plenty of Clasico banter, recalling Barcelona's recent 3-0 demolition of Real in the Copa del Rey semi-final.

END_OF_DOCUMENT_TOKEN_TO_BE_REPLACED

"How many times have you practiced sex this month?" he was asked, to which he replied: "Does the Santiago Bernabeu count?"

Pique also took a dig at another club he has plenty of history with, Espanyol, joking about Barcelona's local rivals' financial situation.

"I have more money than the budget of Espanyol this year," he claimed. "Nope, not just €57 million. It's plenty more than that."

A true everyman footballer right there.


popular
Ireland vs Wales: All the big talking points, moments and player ratings
Peter O'Mahony reaction to Liam Williams scuffle shows he may finally be mellowing
Matt Williams tears into media for "rubbish" written about Ross Byrne
Patrick Horgan addresses infamous Kieran Kingston interview after Cork beat Limerick
"You know why" - Jurgen Klopp refuses to speak to Athletic journalist at press conference
Conor McGregor offers solution to Croke Park fiasco that should suit all parties
Allianz National League Round 2: All the action and talking points
You may also like
1 month ago
Karim Benzema given special authorisation to appear in World Cup Final
2 months ago
Graeme Souness labels part of Gareth Bale's career as "a joke" in harsh analysis
2 months ago
Karim Benzema says Cristiano Ronaldo still hasn't congratulated him on Ballon d'Or win
3 months ago
Iker Casillas says his account was 'hacked' after 'coming out' tweet
3 months ago
“I hope you respect me: I'm gay” – Casillas deletes 'coming out' tweet
3 months ago
Man City want to renegotiate Erling Haaland deal to cancel Real Madrid clause
Next Page