Gary Neville has revealed that he sent under-fire Manchester United boss Ole Gunnar Solskjaer a message of support during a bad run of form.

United have endured a difficult start to the season, which has led to Solskjaer coming in for some heavy criticism and doubts over whether he is the right man to lead the Red Devils to a title challenge.

END_OF_DOCUMENT_TOKEN_TO_BE_REPLACED

His former team-mate Neville, however, has continuously defended the Norwegian, despite confessing that United's form of late has been 'unacceptable.'

In an interview with the Daily Mail, the pundit admitted that he will never call for a manager to be sacked publicly live on TV.

"There are people saying this is the worst moment of my punditry career," he said.

"They say I am not being honest. But I am not paid on TV to sack managers and I ain't doing it. I know the impact of Gary Neville saying a Man United manager should be sacked.

"For the pundits who have said it then 'well done' but it's not my style. When I see another pundit calling for any sacking, I cringe. My stomach turns.

"My line is crossed with that. Maybe their line is in a different place." 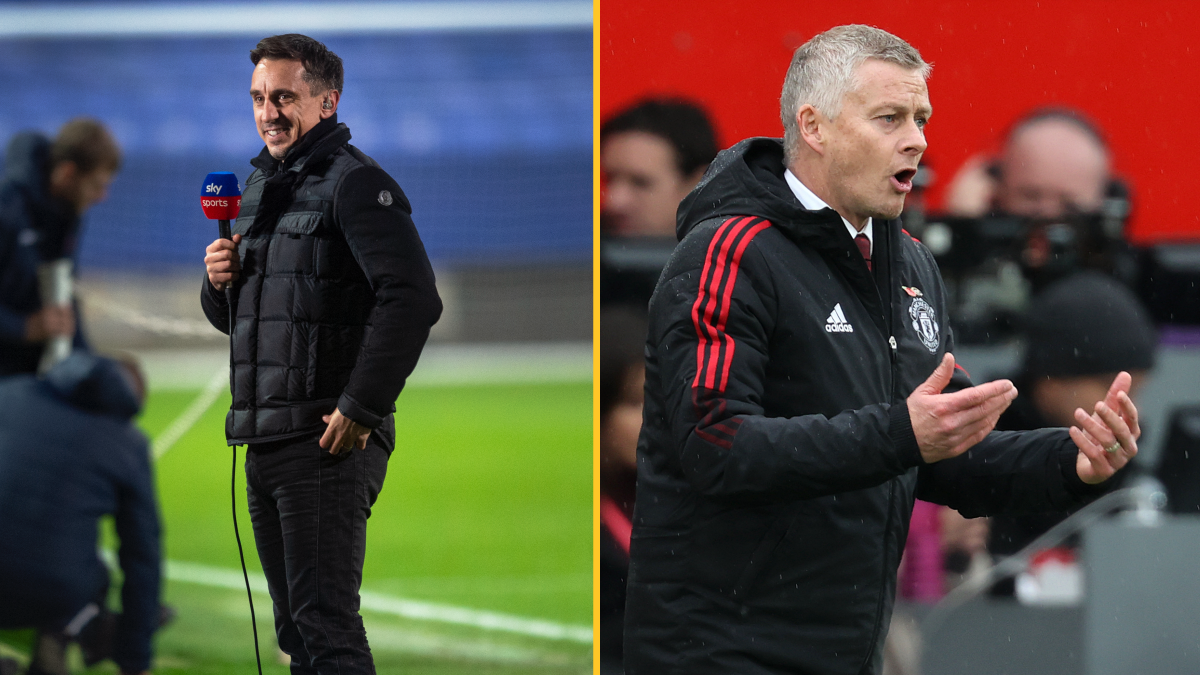 Neville then added that it has been 'heartbreaking' to watch Solskjaer struggle this season.

He said: "We are in a really bad position and it's heartbreaking to watch Ole.

"For Man United fans who loved him and ex-players who still love him. It's not easy commentating on a former team-mate.

"I think Ole not sorting out the compactness of the team earlier was silly. It was a glaring tactical omission.

"I am happy to say that. Not good enough. But I just won't say the other thing. Not about Ole or any manager. I never have."

END_OF_DOCUMENT_TOKEN_TO_BE_REPLACED

Neville went on to reveal that he sent his former teammate a text message but doesn't involve football in the conversation.

"I text Ole that once because I thought it was getting that bad," Neville said.

"But I don't have any football communication with them, even when my brother [Phil] and Giggsy [Ryan Giggs] were working at the club.

"I just told him to keep going."

United face Watford at Vicarage Road this afternoon (Saturday 20 November) in a must-win fixture as they look to close the gap on the top four to two points.


popular
Six All Blacks but no Ireland players in world's top 20 list headed by Antoine Dupont
Nigel Owens on most annoying players to referee (three of them are Irish)
"I asked one question and lads slagged the arse off me!" - Johnny Sexton on Roy Keane chat
Seamus Coleman gives brilliant post-match interview after Everton beat Arsenal
"Women's rugby deserves better and he's not the man for the job"
Tadhg Furlong gets some love as 2021 'Best XV' debate sparked
"My thoughts were with him initially and that's why I got emotional" - Mulcahy still the man for Kilmallock
You may also like
2 days ago
Bruno Fernandes praises Fred after Brazilian scores winning goal in Man United win over Crystal Palace
2 days ago
Four talking points as Man United beat Crystal Palace in Ralf Rangnick's first match as manager
2 days ago
Raphael Varane opens up on playing alongside Harry Maguire
2 days ago
Trevor Sinclair predicts that David de Gea's time at Man United could end 'quite shortly'
3 days ago
Zlatan Ibrahimovic and The Curious Incident of the Juice in the Hotel Mini Bar
3 days ago
"He's such a talented football player and he's not playing" - David Moyes on Jesse Lingard's situation
Next Page