"The most inspirational football player that I played with."

The pair were teammates for over a decade at Old Trafford. Keane was United's most important player during their most successful period and the most dominant player in the Premier League.

| @RobRedmond10 with the definitive Roy Keane analysis that should stop people whittling his success down to a hard tackle https://t.co/HXxHsRt3Kn #MUFC

It is difficult to imagine anyone having higher praise for a former teammate than Neville had for Keane.

"Roy Keane without a shadow of a doubt," the Sky Sports pundit said when asked who was the best captain he played alongside.

"Without a shadow of a doubt the most inspirational football player that I played with. Because he wasn’t only the best player on the pitch most weeks, which obviously is a fantastic thing with a captain, then everyone else will sort of follow your lead...

"But just the influence he had in terms of his standards, the fact that he made everyone else feel 10-foot tall, the fact that he demanded from you all the time. He was almost like Sir Alex Ferguson out on the training pitch and in the changing room.

"There was never any drop in standard from Roy." 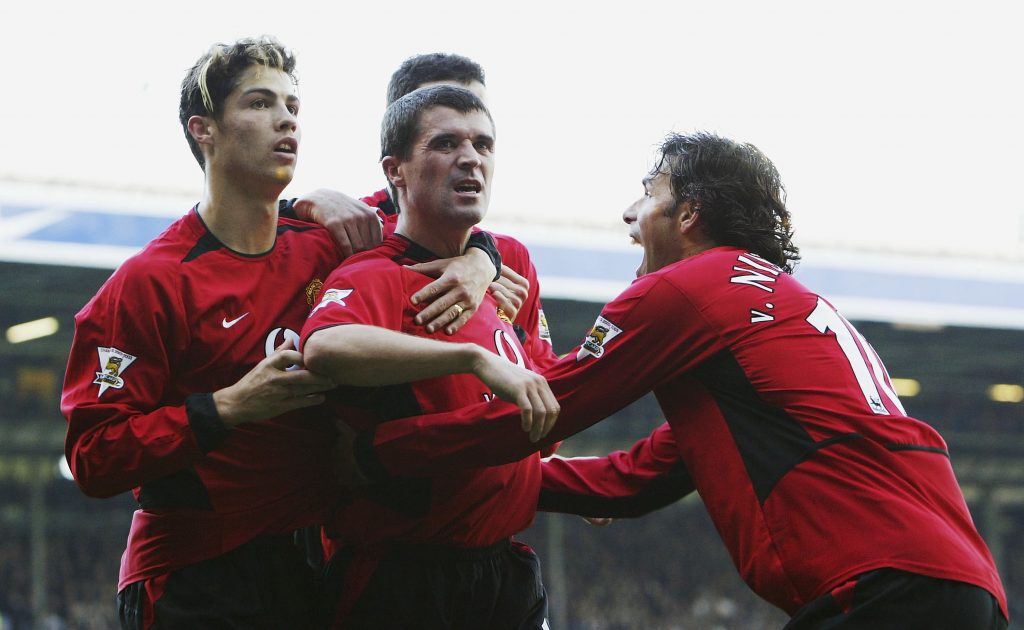 Neville succeeded Keane as United captain when the Irish midfielder left the club in acrimonious fashion in 2005. In his autobiography, Neville wrote that he felt "blessed" to have played alongside him

"Roy had gone and he wouldn't be back. I texted him: 'I'm really sorry what's happened.' And I genuinely was, because there wasn’t a player at United who could match Roy’s influence in my time at the club. If I’d been a young kid growing up as a fan in that era, Roy Keane would have been my hero. I feel blessed to have played with him." 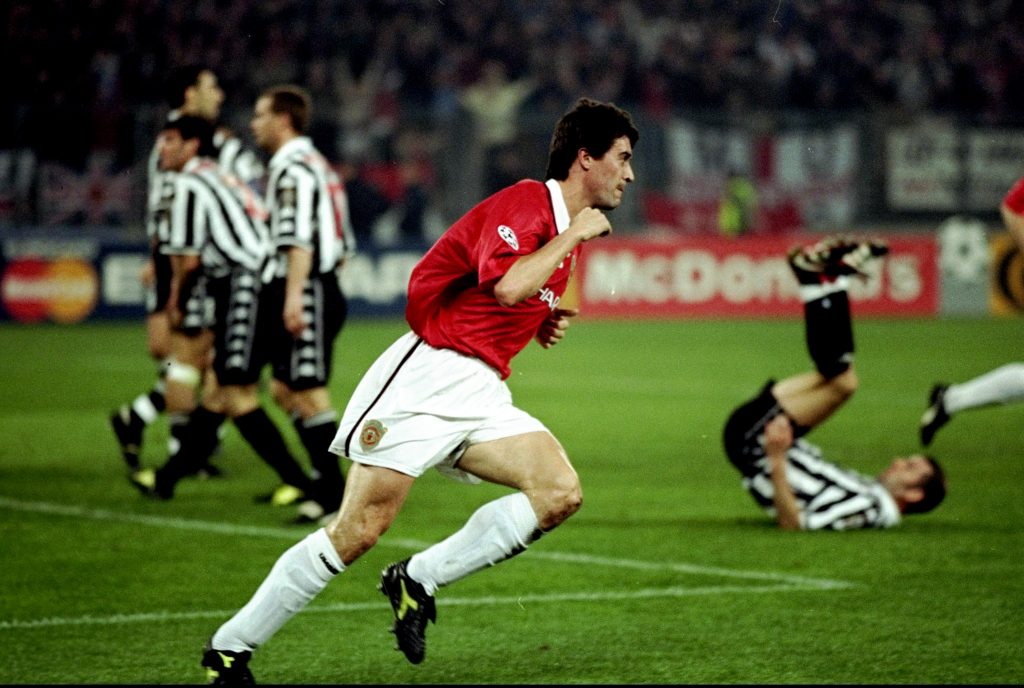 On Monday Night Football, he admitted that he wasn't comfortable inheriting the armband from Keane.

"I took over the captaincy from Roy, and I never wanted to, because, ultimately, he was the best captain that you could ever have," Neville said.

"I would never even be able to think that I would be a captain like Roy Keane was. You had to be more collaborative.

"Whereas Roy, to be fair, had just the complete control of the changing room in terms of he was the dominant figure. He was the best player. He was the most influential." 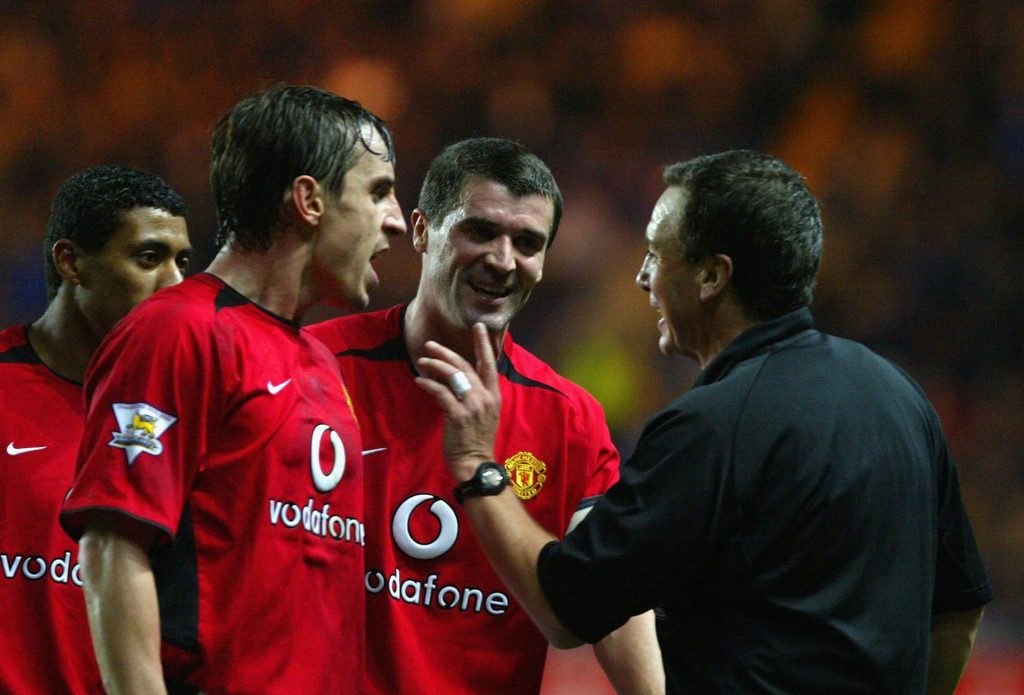 The show's host David Jones then asked Gary if Keane "ruled by fear." Neville dismissed that suggestion and said that Keane set the standards for others at the club to follow.

"No, he wasn’t ruling by fear. It would be absolutely wrong to say that," he said.

"It’s not about fear, it’s about doing the right things and being the right way. And the fact of the matter is, he lived by those standards himself. So, it wasn’t as if he was telling us to do one thing and he was doing something different." 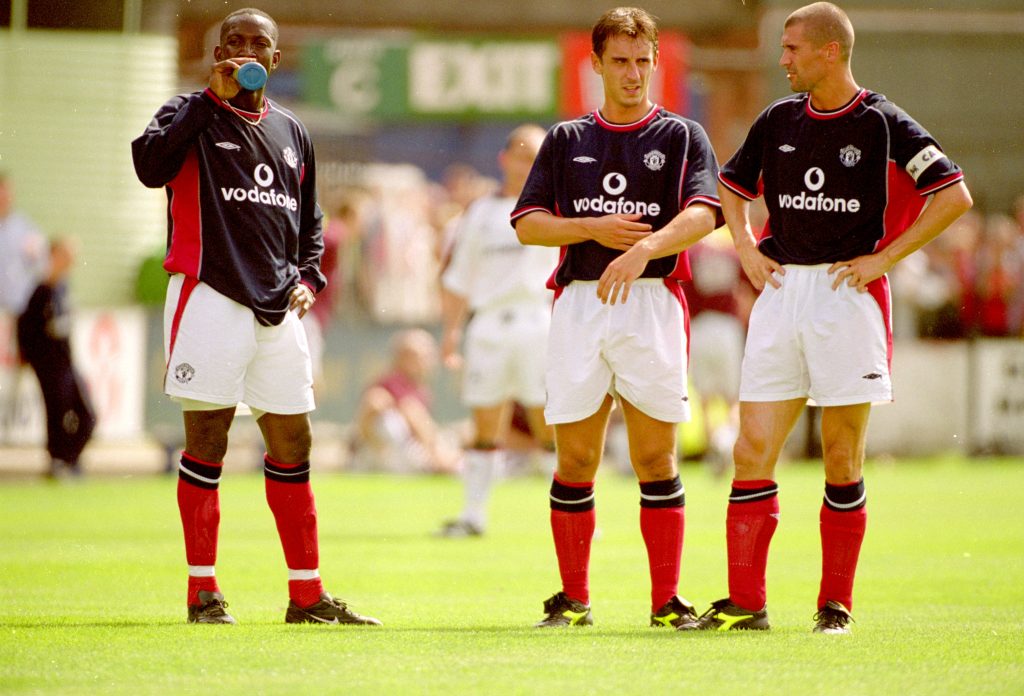 Neville also spoke about Eric Cantona, who was United captain before Keane. "Eric Cantona was completely different," he said.

"So, at all the facets of the game... (he was) the ideal captain really. Growing up, Bryan Robson was the perfect captain, and playing under Roy Keane was very similar."

Neville made the comments as part of a wider discussion with Jamie Carragher about captains.

🔴 Roy Keane
🔴 Steven Gerrard
🔵 John Terry
🔴⚪ Patrick Vieira@GNev2 and @Carra23 could not agree, but who do you think was the best captain from a generation of fine leaders? ©️