In a tweet posted this morning, Dodds offered a "very warm welcome" to the football pundit, adding it was "great to have you on the red team."

Great to have you on the red team. 🌹 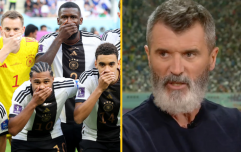 END_OF_DOCUMENT_TOKEN_TO_BE_REPLACED

It's believed Neville may consider running as Labour's Greater Manchester mayoral candidate in 2024, replacing incumbent Andy Burnham who is expected to return to the shadow frontbench.

Shadow culture secretary Lucy Powell said Neville's move has been "something he and I have been discussing for a while" and something "he’s more than capable of navigating".

Very pleased @GNev2 has finally joined Labour. It’s something he and I have been discussing for a while. Personally think he’s more than capable of navigating (well, steaming) his way through the world of politics!
Look forward to helping. https://t.co/8lSzS4oxkk 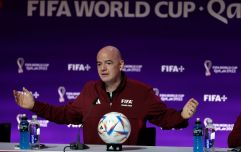 END_OF_DOCUMENT_TOKEN_TO_BE_REPLACED

Last month, he called for Johnson's resignation claiming "this guy lacks integrity", "lies to us constantly" and is "the worst kind of leader".

An official statement from Labour is expected shortly.