We had not seen Roy Keane get too worked up at Euro 2020 yet. The Swiss got his blood up, though.

While many football fans were fawning over Italy - the first team to secure a spot in the knock-out stages - Keane and Gary Neville were distracted with their exasperation for Switzerland.

Italy won 3-0 after a brace from Manuel Locatelli and a late strike from Ciro Immobile and, now on six points, they will top the group with a draw against Wales in their final Group A game.

Neville and Keane, egging each other on inside the ITV studio at times, tore into the Swiss while pausing every now and then to say something nice about the Italians.

"The biggest problem for Italy," Neville stated, "could be that they're not going to be tested. I mean maybe that game against Wales, you could argue because they're through that they might play a weakened team, but they might actually want to play their best team, so that they actually game. Because the two games they've had so far, haven't been a test for them.

"You look at Switzerland there, they're not getting out, walking out of the box, the ball goes back, it's embarrassing. Show some urgency, get out, close the space. I have to say, what Italy do really well, they make good runs... But they were so superior tonight, they obviously deserved to win." 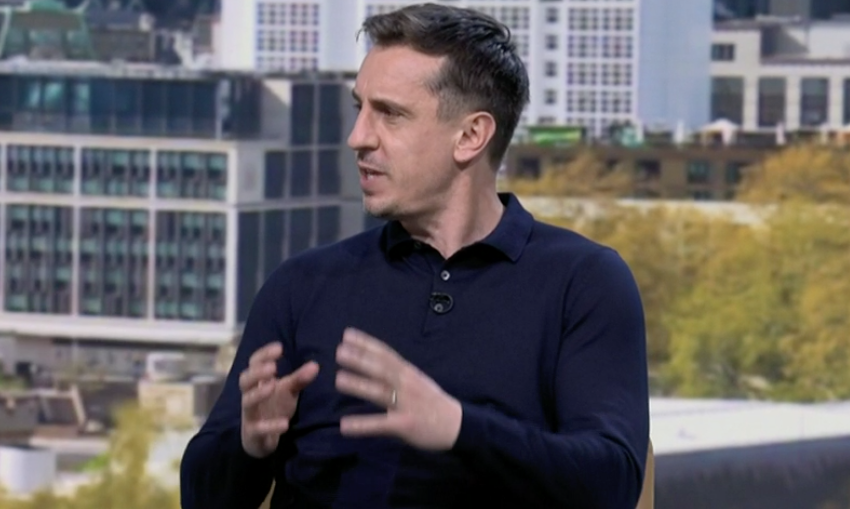 Keane could not wait to get stuck in. Unleashed by presenter Mark Pougatch, the former Manchester United and Ireland captain declared:

"Yeah that [lack of intensity] would probably be an understatement. The one thing you want from your team... I'll forgive a lot of things on the football pitch but [not] for players not to show that intensity. We saw that with the last goal. Great example from Italy there of all their quality play, work-rate and desire. Switzerland giving up the fight. Yeah, pretty annoyed with it, I have to say."

"Even the second and third goal," Keane added, "sometimes people think you have the bodies back. But it's no good having the bodies back unless you engage, especially when you smell danger. It's just that lack of intensity and almost laziness with their attitude, especially with the last goal."

Italy have now won 10 straight games, scoring 31 and conceding none, but Neville is yet to be fully convinced that Roberto Mancini's side have what it takes to go all the way.

"They're a good team," he commented. "They're achieving the maximum. They're the opposite of Switzerland.

"They all work really hard, they all know their jobs, they're well-drilled. I agree with Patrick [Vieira] - I feel they'll fall short.

"I know they're getting a lot of plaudits at the start of the tournament with their first two performances, they've done everything that's been asked of them, but I do feel once they start to play against the better teams, they won't have enough.

"But Mancini has got them right, and they're a team that you know will give their all, which is absolutely critical."


popular
"I never really cried or got emotional over what I've done as an individual. I couldn't give a s***"
"If I break my wrist, it's on f***ing both of you." - Koepka and Berger act the spoiled child
"I was off the grid" - Aidan O'Shea respond's to Mayo criticism after club championship win
'I won The Open by six shots in my home country, but this was the best week of my golfing career'
Galway fans' frosty reception for Davy Fitz doesn't make any sense
The FootballJOE Pub Quiz: Week 7
"I told him the absolute truth" - Sergio Garcia on his Ryder Cup talk with Rory McIlroy
You may also like
1 day ago
Borussia Dortmund CEO issues explicit response to Erling Haaland transfer suggestion
1 day ago
Graeme Souness hammers 'non-existent' Spurs midfield after humiliating derby defeat
1 day ago
Kylian Mbappe caught on camera complaining about Neymar
1 day ago
Bruno Fernandes responds to late penalty miss and makes bold vow
2 days ago
Player who scored own-goals to "stop match-fixing" charged... with match-fixing
2 days ago
Solskjaer claims Aston Villa winner was offside and takes aim at away side
Next Page