Hislop addressed the 'elephant in the room'

Ian Hislop left Gary Neville reeling on Have I Got News For You after he confronted him over his decision to work at the Qatar World Cup this month.

On Friday night, Neville made his debut as a host of the iconic BBC panel show, and it wasn't long before the subject of the World Cup came up in one of the rounds.

Panellists Paul Merton and Richard Madeley were discussing the topic of members of the LGBT+ community being told they should "flex and compromise" at the Qatar World Cup by UK foreign secretary James Cleverly. 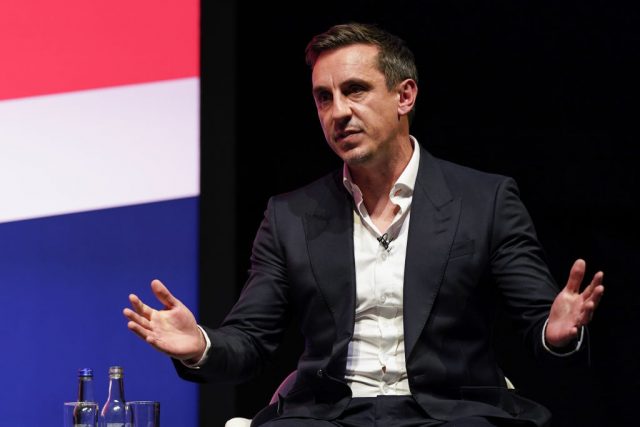 Madeley said: "It's unbelievable and it's all about money and you've got mainline celebrities going over there for huge cheques. You've got people like Robbie [Williams] going out there to sing.

"Which I must say I'm very surprised about given all the comments that Robbie Williams has made in the past about gay rights. The fact that he's going out there to sing is extraordinary. I don't know what's happened to people. And it's not just him, the Black Eyed Peas are going, aren't they?"

END_OF_DOCUMENT_TOKEN_TO_BE_REPLACED

After Neville was asked if he knew Robbie Williams, Paul Merton asked him, "But you know David Beckham, don't you? He's going, isn't he? How much is he being paid?"

The former footballer simply replied "I don't know, more than me!" before turning to Ian Hislop and asking: "Is it coming home?" 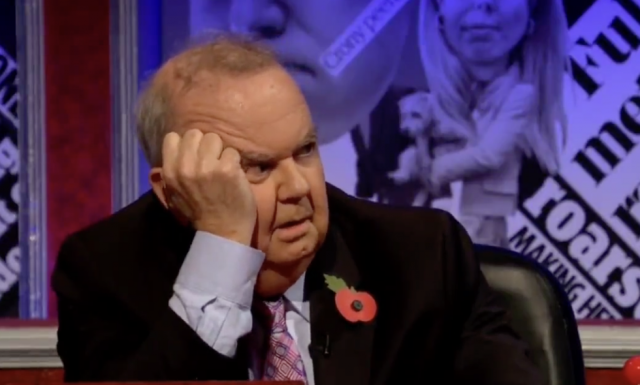 Never one to shy away from confronting a guest on the show about topics, Hislop quickly hit back: "What, your reputation?"

END_OF_DOCUMENT_TOKEN_TO_BE_REPLACED

This is where things got a little more awkward for the football pundit, with Hislop confronting him on the "elephant in the room."

In October, the former Manchester United star confirmed he would be working for Qatar's state-owned beIN Sports during the 2022 World Cup.

At the same time, he vowed to continue to shine a light on the wider issues relating to the country's hosting of the tournament.

Pressed on why he will work for beIN Sports during the tournament, Neville responded "Yeah, I'm commentating" before trying to defend his position.

He continued: "Well, you've got a choice, haven't you? My view always has been that you either highlight the issues and challenges in these countries and speak about them, or you basically don't say anything and stay back home and don't go. And I think we should challenge them."

Hislop then pointed out that perhaps the pundit could "stay at home and highlight the abuse." He then joked about the idea of Neville criticising Qatar whilst commentating on matches.

You can watch the exchange below.

Gary Neville getting called out for his Qatari hypocrisy is a great watch. pic.twitter.com/exrOgBoJFm

Last month, Neville attempted to defend his decision to work in Qatar and insisted he would shine a light on the country's awful human rights record.

"Qatar have had Amnesty International and the International Labour Organisation all over them for the last 10 years because of the World Cup. We either decide that we collaborate with these countries, and try and impact change through football," he told the Daily Mail.

"That is the reality of where I'm at with it. There's no-one that I think wants workers' rights to be better than me, there's no-one who wants women's rights, equality or diversity more than me, I absolutely believe in it.

"When I highlight these issues, I can do so from a position whereby if I am covering eight games on beIN in a World Cup, and those issues come up or there's an incident outside the stadium, I will highlight them. I will never shy away from it."

Many praised Hislop for confronting Neville over the topic.

Good on Ian Hislop for calling out Gary Neville on Qatar. I like Neville but unless his commentary contains constant criticism of Qatar and shines a bright light on its human rights abuses, he hasn’t got a foot to stand on. Ironically. #HIGNFY pic.twitter.com/TuFalswTua

There is no defence @GNev2 , you know it, I know it, everyone with a brain knows it.
You cannot take the Qatari’s money and pretend to be on the right side of the moral argument.

I think our previous exchange on here highlighted what the public’s view is.

This clip sums it up. pic.twitter.com/q4Oe4cdosO

Qatar's human rights record has been under intense scrutiny since the tournament was awarded to the country in 2010.

The country has faced huge criticism for its stance on same-sex relationships, its human rights record and its treatment of migrant workers.

A report by The Guardian last year claimed over 6,500 had died in the country since they were selected as World Cup hosts.

The tournament gets underway on November 20.

You may also like
3 days ago
The SportsJOE Friday Pub quiz: Week 3
4 days ago
The World Cup 2022 team of the tournament so far
4 days ago
France demand FIFA change result of World Cup defeat over 'rule break'
5 days ago
Marcus Rashford reveals the meaning behind his celebration
5 days ago
Cristiano Ronaldo 'agrees £173m-a-year deal' with Saudi club
6 days ago
Cristiano Ronaldo text Piers Morgan immediately after Uruguay win to claim he scored first goal
Next Page