Gareth Bale is injured again. During Real Madrid's 2-2 draw with Villareal on Thursday, the Welsh forward picked up a calf knock.

Injuries happen to every player at every level, it's an unfortunate part of the game. And Bale's injury is not thought to be a serious one - he is due to be out for around two weeks.

However, this is Bale's 22nd injury since joining Madrid from Tottenham in August 2013. 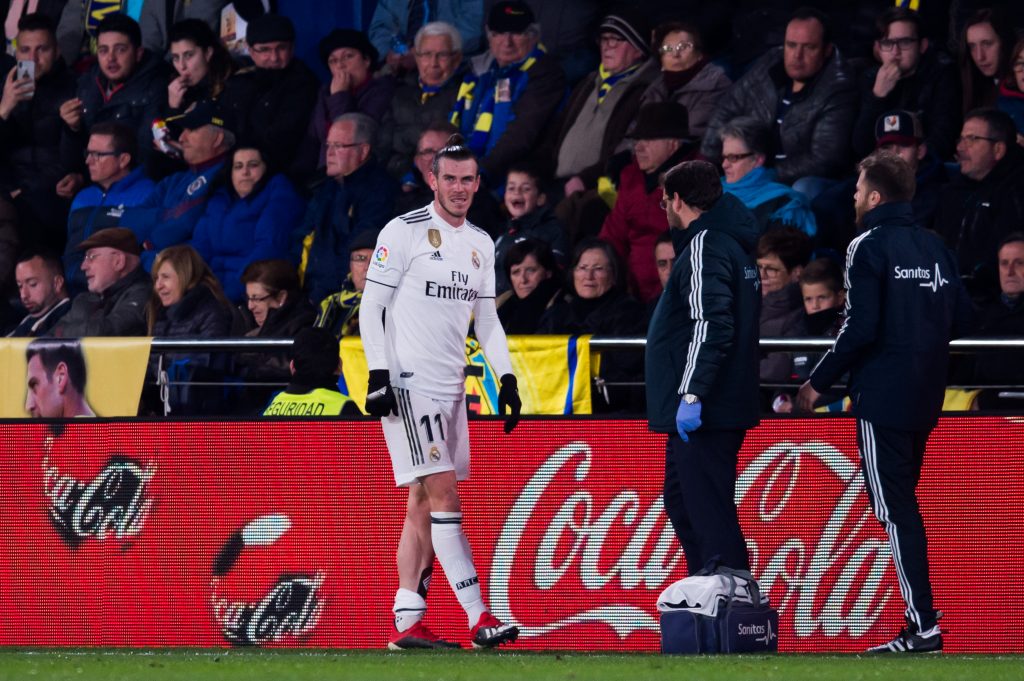 According to Transfermarkt, Bale has missed an incredible 69 games, and 343 days, due to injury since signing for Real for a world record fee. Calf injuries have been his most common complaint, followed by hamstring and ankle problems.

At Spurs, Bale only missed 21 games in six years at Spurs, and had no history of niggling injuries before joining the Spanish club. However, there appears to be little sympathy in Spain for his latest setback.

Spanish publication AS have given Bale a nickname following his latest injury, dubbing the Welsh forward: "Mr Glass."

They splashed the headline across the front page of Sunday's edition. 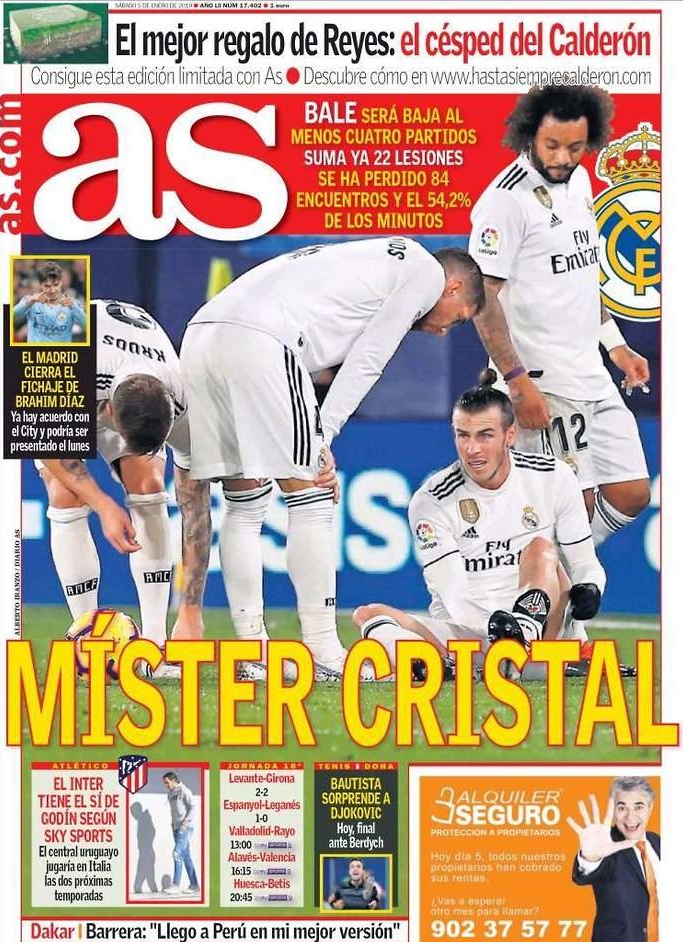 END_OF_DOCUMENT_TOKEN_TO_BE_REPLACED

However, questions remain about his suitability to be Cristiano Ronaldo's heir at the Bernabeu and he's certainly not the most popular Madrid player amongst the team's supporters.

Despite his undoubted talent, Bale still seems a poor fit for Madrid and his injury record hasn't helped his cause.


popular
Roy Keane's first impression of Cristiano Ronaldo proved to be very accurate
The SportsJOE 12 o'clock quiz | Day 290
Jurgen Klopp chases Sean Dyche down Anfield tunnel after half-time fracas
"I kind of decided on Hill 16, 'you're either going to do this or you're not going to do this.'"
Fernando Torres has got absolutely jacked since retiring from football
Manchester City suffer Kevin De Bruyne injury blow
Jurgen Klopp on that Anfield tunnel run-in with Sean Dyche
You may also like
4 months ago
Gareth Bale deserves more than the statement Real Madrid released about him
4 months ago
Sergio Reguilón would be a massive upgrade on Luke Shaw for Man United
4 months ago
"It's in the club's hands and they make things very difficult to be honest"
1 year ago
Move over Sergio Ramos, there's a new shithouse in town
1 year ago
Let's talk about Cristiano Ronaldo's ongoing decline
1 year ago
Postponing El Clasico shows two fingers to democracy
Next Page