"He gave me that evil stare and the next day he left."

Keane is the favourite for the vacant position at the Stadium of Light, where he was manager from 2006 to 2008.

END_OF_DOCUMENT_TOKEN_TO_BE_REPLACED

Agbonlahor worked with the former Manchester United captain at Aston Villa for a few months in 2014, when Keane was briefly assistant manager to Paul Lambert.

The former Villa winger has detailed his experience of working with the Irishman and warned the Black Cats to reconsider appointing him. 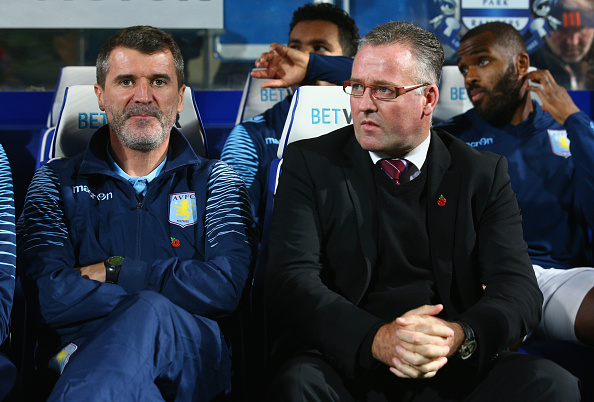 END_OF_DOCUMENT_TOKEN_TO_BE_REPLACED

Keane, 50, was Lambert's assistant manager at Villa between July and November in 2014. The Cork-native combined his role with the Republic of Ireland, where he was Martin O'Neill's assistant. He left when it became too difficult to work in both positions and balance his family life.

Agbonlahor was one of Villa's senior players at the time and did not enjoy working with the former Ireland midfielder.

"The problem with Roy Keane was that when he came to Aston Villa, he couldn’t understand that we weren’t as good as the players he played with,” Agbonlahor said on talkSPORT.

"He couldn’t accept that we weren’t going to be as good as Ryan Giggs, Paul Scholes, David Beckham and those players.

END_OF_DOCUMENT_TOKEN_TO_BE_REPLACED

"Just his way of coaching, it wasn’t the right method for players nowadays, for players when he was at Aston Villa. There were times when there were quite experienced players, people like Joe Cole, and he didn’t speak to them right.

"He spoke to them in a way that was disrespectful. His man-management would be zero out of 100. It was that bad." 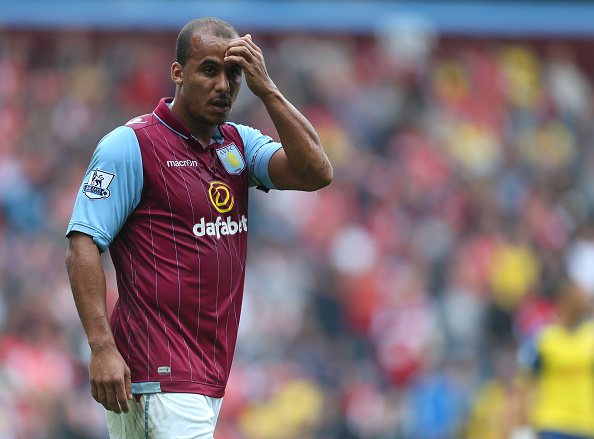 Agbonlahor: Keane is a poor man-manager.

Agbonlahor detailed a dispute he had with Keane at training. The former winger, who won three caps for England, claims he challenged the Irishman.

"There was a time in training when we were doing a shooting drill," he said.

"Imagine all 22 players doing a shooting drill, you’ve got to pass it to five players before you get a cross in.

"We hadn’t had a shot for 11 or 12 minutes, you are going to be getting cold and frustrated, so the standard wasn’t very good. The gaffer, Paul Lambert, calls us in and Roy Keane is there as well. Lambert says the standard isn’t good enough."

“Me, as captain, I had to come forward and back the players saying we only get one shot every 11 or 12 minutes and we need to do something different.

“Roy Keane comes forward and says ‘oh, are you cold? Do you want another warm-up?’ 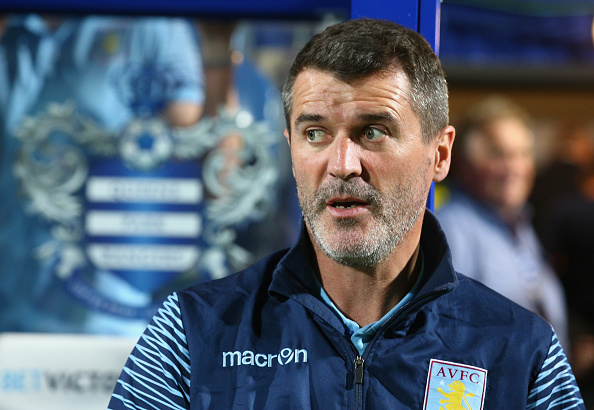 Agbonlahor: Keane left Villa because of me.

Agbonlahor, who incorrectly states that he was captain of the club at the time - Fabian Delph was the Villa skipper - goes on to claim that the Irishman left the club because of him the day after their argument.

"He gave me that evil stare and the next day he left. At that time at Aston Villa, he left because of me," he said.

“I was at Villa for so long. I was captain and it was my club, I wasn’t going to let anyone come in and try to bully me at my club. Afterwards, even now, I’m happy it happened.

"Maybe it just wasn’t working for him there. His ways of speaking to people weren’t right.

"That was six or seven years ago, you can’t speak to players like that anymore. You are going to lose them." 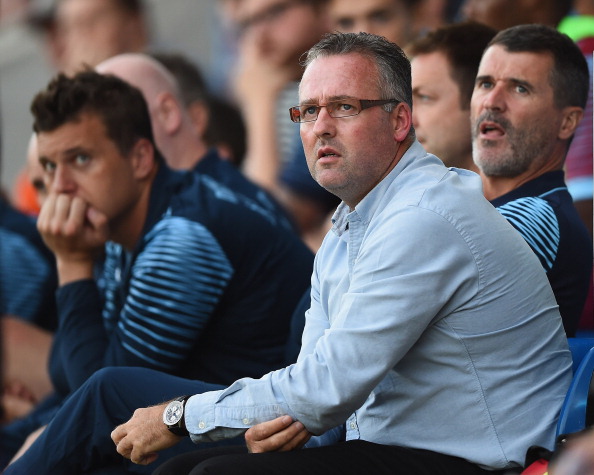 Agbonlahor then issued a warning to the Sunderland board, saying that Keane "might go in there and make them even worse." He also said that it's acceptable to "hammer people" as a pundit on Sky Sports, but players will not respond to it when it comes from a coach or a manager.

"If you are a player now, especially a young player, you give the ball away in training and some of them need an arm around them. Roy is the sort of player who will say ‘you are rubbish, get out of here’.

"He doesn’t speak to players in the right way. Yes, one of the best midfielders in the Premier League but that doesn’t make you a good coach or manager.”

❌ “Roy Keane didn’t speak to players in the right way, it was very disrespectful!”

🔥 “Once at #AVFC, I said to Roy - ‘I’m not talking to you, I’m talking to the manager!’”@Ga11Agbon reveals the arguments he faced with Roy Keane at Villa 🤯 pic.twitter.com/dMxno72LMa

Agbonlahor on Keane and Tom Cleverly.

And finally, the former Villa winger, who retired in 2018, claimed that the Cork-native confronted Tom Cleverley, who was on loan at the club from Man United at the time, after he left his role.

Agbonlahor claims that Keane believed Cleverley leaked details of his time at the club to a reporter.

“He obviously left on bad terms with players. No goodbyes," he said.

"But, somehow the papers and the media got hold of what had happened in training. So Roy figured that it was Tom Cleverley because I think Tom Cleverley knew the guy who done the story.

“Clevvers didn’t really send any information to him, but Roy in his mind thought that it was Clevvers – but he didn’t. Roy Keane turned up at his house and it was so funny because Clevvers said he could see him on his intercom.

"I think Roy was shouting in his intercom, ‘Let me in.’ So it just shows that you’ve got that sort of temperament and you can see why it didn’t work at Villa." 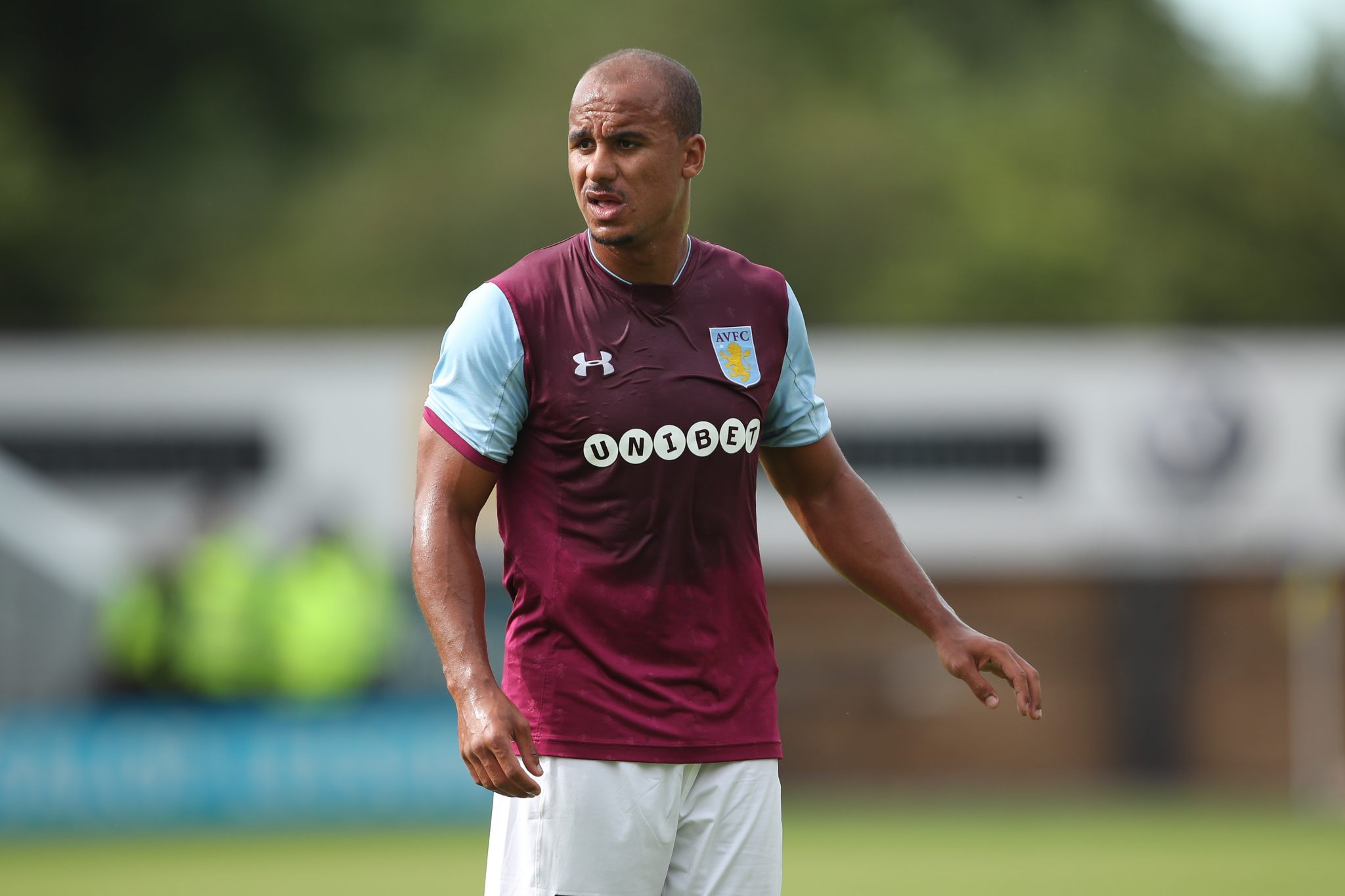 Keane on his time at Villa.

Keane has yet to respond directly to Agbonlahor's comments to give his side of events.

Last year, however, on The Overlap with Gary Neville, the Sky Sports pundit spoke about his time at the Birmingham side. Keane did not name any individual Villa player, but he was critical of what he saw at the club and the attitude amongst some players in the squad.

"The one reason I went to Villa was because it was a Premier League job," he said.

"I was coaching with Ireland so I wanted to keep learning. But I didn’t like the group of players. I kept my guard up a little bit because I thought I’m not losing it with players. Every club will have one or two, but I thought Villa had six or seven lads who I couldn’t take.

"Some of it was behaviour; attitude to training, late for training. When I left I just wanted to focus on Ireland. I was thinking, is it me? The players I’ve fallen out with, I follow their careers really closely in case maybe I got it wrong.