This is not anything to be proud of.

It was bad enough that Ramiro Funes Mori could've potentially broken the ankle of Divock Origi but to follow it up with a gesture to his crest as if he was doing it some kind of service is not something that even Everton would condone, never mind the rest of the footballing world.

Divock Origi is in the form of his life.

END_OF_DOCUMENT_TOKEN_TO_BE_REPLACED

He helped Liverpool through a momentous Europa League comeback against Dortmund and, on his first derby start on Wednesday night, he netted his first derby goal and had the Anfield crowd singing his name again.

Now, Liverpool are sweating on his fitness. He's earned the right to have fans and coaches bemoan his absence because he's been so damn good of late but he didn't deserve a frustrated opposition player wrapping his studs dangerously around the Belgian's ankle.

Jurgen Klopp did not like that tackle from Funes Mori on Divock Origi #LFC pic.twitter.com/DexAAzGDcr

There was genuine concern for the striker as he was stretchered off after 54 minutes with Liverpool 2-0 to the good.

Funes Mori came in from the side of Origi and seemed to go through his planted ankle in what looked like a vicious challenge. It ended with the Liverpool man on the ground and the defender standing on his leg. 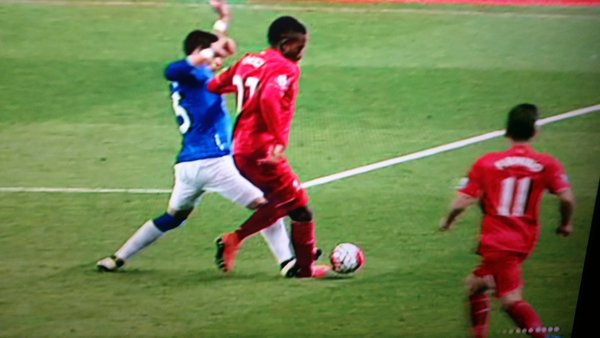 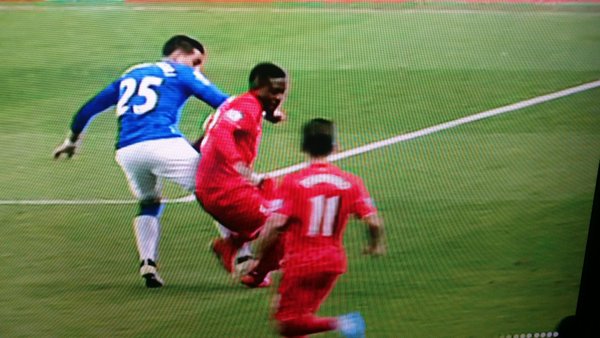 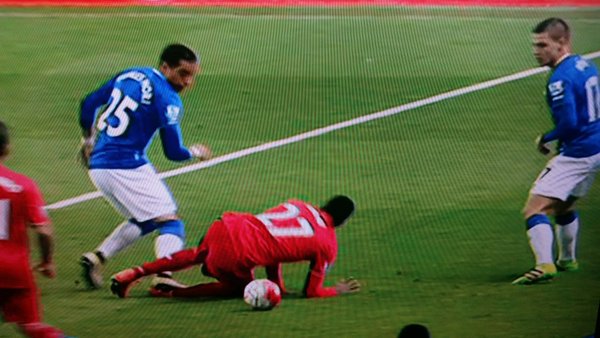 What made it worse was that, as Funes Mori received his marching orders from the referee, he grabbed his club crest en route to the tunnel.

Ramiro Funes Mori gets a straight red for a nasty stamp on Divock Origi. He walks off grabbing the crest on his shirt. Striker still down

disgraceful from Funes Mori after red card. Could have broken Origi's ankle and grabs the badge as he walks. #LIVEVE pic.twitter.com/TRfkO0kGxl

It certainly wasn't welcome by everyone.

And that was disgraceful from Funes Mori. The tackle was one thing but holding the badge was sickening

Not so easy to score in a Merseyside derby and beat your arch rivals 4-0. 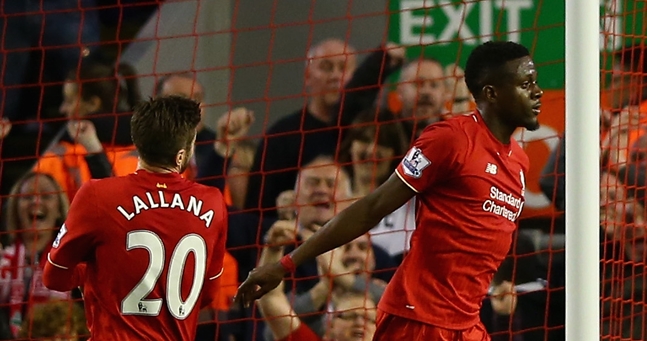 
popular
Galway fans' frosty reception for Davy Fitz doesn't make any sense
The most Stone Age tackle you've ever seen gets South African lock straight red card
Ryan Manning hacked to the ground by Henri Lansbury in ruthless assault
'Brian was a genius... he would've killed you to even win a game of touch'
"Johnno went, 'We’re not moving! You're trying to mess us about!'" - Ben Kay recalls red carpet controversy
Final question of Ryder Cup press conference has Team USA in all sorts of trouble
"20 seconds of lunacy" sees Joao Felix red-carded against Athletic Bilbao
You may also like
5 days ago
Harvey Elliott donated Liverpool shirt and boot to young fan in hospital
5 days ago
Marcus Rashford sends message to Harvey Elliott after he is stretchered off
3 weeks ago
Cristiano Ronaldo will "struggle against Virgil Van Dijk" according to Graeme Souness
1 month ago
Liverpool condemn supporters' offensive chant directed at Billy Gilmour
1 month ago
20 BBC pundits provide their Premier League title predictions and there's only two teams in the running
2 months ago
One year ago today, three decades of bitterness, pain and grudges were unleashed
Next Page