It's been a tough few months for Mamadou Sakho.

The Liverpool defender missed the end of last season after failing a drug test in March, the results of which were later overturned. Sakho also missed out on Euro 2016 in his native France, and has yet to play a single minute for Liverpool this season.

The defender was sent home from the club's pre-season tour of the United States, while Liverpool signed Joel Matip and Ragnar Klavan to play in Sakho's position.

END_OF_DOCUMENT_TOKEN_TO_BE_REPLACED

Sakho was encouraged to leave Liverpool on a short-term loan to regain fitness and form, but reportedly refused the offer and has since been told to train with the club's U23 side.

However, the 26-year-old clearly isn't happy with his situation at Anfield, and vented his frustrations via Snapchat ahead of Liverpool's 5-1 win over Hull City.

The outburst didn't go down well with Klopp or Sakho's compatriots Christophe Dugarry and Emmanuel Petit.

"What is he doing talking to his fans at three in the morning? We don't give a s***. We're not at the circus. If you have a problem, go talk to your coach, find a solution, solve the problem. Why does he need to talk to his 'fans?' Ronaldo and Messi have fans, the others... you shouldn't take yourself for what you aren't." 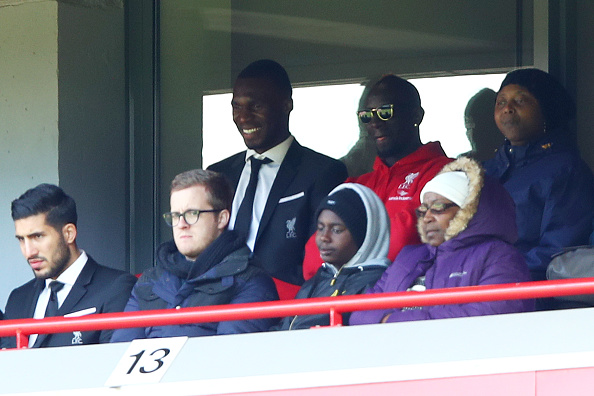 Petit reckons Sakho's time at Liverpool could be over if he steps out of line again.

"I don't get the impression Klopp is someone inflexible, that his door is closed," the former Arsenal midfielder said.

"On the contrary, I get the impression he's very close to his players. He showed that last year with his management, with his coaching. It's a shame. I think it's another outburst from him (Sakho), and it could be fatal."


popular
Sean Dyche set to be named Everton manager after Marcelo Bielsa talks break down
Roy Keane flatly rejects longstanding perception of ex-Man United midfielder Paul Ince
Allianz National Football League Round 1: All the action and talking points
Roy Keane leaves ITV pundits in stitches after Pep Guardiola's pre-match interview
Conor McGregor hit by car ‘at full speed’ while cycling
Study shows rugby positions you are most/least likely to be injured playing
Ryan Reynolds makes Premier League promise to Wrexham supporters
You may also like
1 week ago
Steven Gerrard makes interesting claim about Graham Potter's signings
1 week ago
Liverpool's owners have made a massive decision on the sale of the club
1 week ago
The best five-team accumulator weekend special for the Premier League
1 week ago
Gary Neville: "Jurgen Klopp is equal to or better than Pep Guardiola"
2 weeks ago
Jurgen Klopp snaps at reporter for asking about Liverpool's transfers
2 weeks ago
Wesley Sneijder's reason for turning down Liverpool made sense, at the time
Next Page