Frank Lampard could find himself back at Stamford Bridge next season, with Chelsea reportedly keen for him to replace Maurizio Sarri as manager.

Chelsea has led Derby County to the Championship playoff final after a dramatic second leg against Leeds United at Elland Road in his first ever season in first team management and could be rewarded with a return to the club where he spent 13 years as a player. 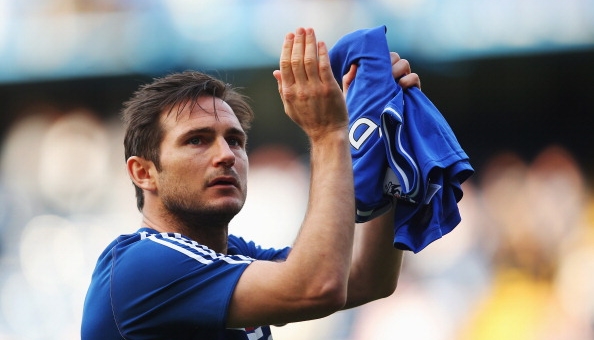 END_OF_DOCUMENT_TOKEN_TO_BE_REPLACED

With Chelsea fans growing increasingly tired of Sarri's preferred style of play and refusal to adapt it, Lampard would be a crowd pleaser at the Bridge, though questions remain over his managerial credentials.

Reports that Chelsea have 'already decided' to hire Lampard come from the reputable Gianluca Di Marzio.

If Sarri departs, he could replace take over at Juventus after Max Allegri stepped down having won five Serie A titles with the Bianconeri.

Chelsea remain in limbo regarding their transfer ban after deciding to take it to the Court of Arbitration for Sport after their initial appeal failed.

If the ban is upheld, they will need to promote some youth players who would otherwise be loaned out to play in the first team. That shouldn't be a problem for Lampard, who has had both Mason Mount and Fikayo Tomori on loan from Chelsea at Pride Park this season.