The start of a new chapter for Shay Given.

Despite not having officially hung up his gloves yet, legendary Irish goalkeeper Shay Given is already taking his first brave steps into the coaching world.

The 42-year-old Lifford native was released by Stoke at the end of the 2016/2017 season and he hasn't been on the books at any club since then.

You can't keep a good man down and the former Aston Villa, Man City, Newcastle and Blackburn keeper is already taking up a new challenge. 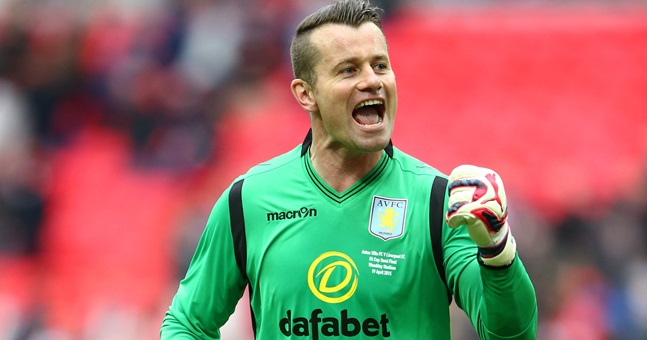 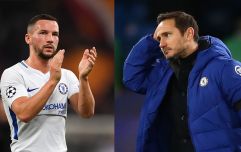 END_OF_DOCUMENT_TOKEN_TO_BE_REPLACED

Frank Lampard took over the reigns at Derby in May and since then he's been readying the rams for a big promotion bid next time out after they finished in sixth position and were knocked out of the championship play offs at the first hurdle in the 2017/2018 season.

Chelsea and England legend Lampard succeeded Gary Rowett as the Derby County manager and since his appointment, he's been adding to the coaching staff at the club.

Ireland's most capped goalkeeper of all time Given will arrive to the club in the capacity of head Goalkeeping Coach on July 9.

Here's to hoping he spreads the gospel to Derby's trio of keepers Scott Carson, Jonathan Mitchell and Kelle Roos.

Lampard spoke highly of Given to the club's website.

"I know Shay and his standing in the game as a goalkeeper and he’s right up there at the very top," the former Chelsea midfielder told the club's website.

"He’s had many, many, years as a top goalkeeper. Performance wise he was incredible and he has now achieved his goalkeeper coaching license.

"I’m very pleased to have Shay as part of the team and not just for what he will bring as a goalkeeper coach, but what he will also bring to the dressing room in a much broader scheme."


popular
Galway fans' frosty reception for Davy Fitz doesn't make any sense
The most Stone Age tackle you've ever seen gets South African lock straight red card
Ryan Manning hacked to the ground by Henri Lansbury in ruthless assault
'Brian was a genius... he would've killed you to even win a game of touch'
"Johnno went, 'We’re not moving! You're trying to mess us about!'" - Ben Kay recalls red carpet controversy
Final question of Ryder Cup press conference has Team USA in all sorts of trouble
"Some of the generals wanted me executed" - Irish rugby legend on flag caper that went wrong
You may also like
7 months ago
How Declan Rice pursuit contributed to Frank Lampard's Chelsea sacking
7 months ago
Lampard will always be a Chelsea legend, it was just too much too soon
7 months ago
Frank Lampard sacked by Chelsea
8 months ago
Roman Abramovich considering bringing Avram Grant back to Chelsea to work with Frank Lampard
8 months ago
The stakes at Chelsea are too high to accommodate Lampard's tactical education
8 months ago
Frank Lampard's job in danger as Chelsea look at replacements
Next Page