It's impossible not to be enamoured with this squad

France had their first home international since winning the World Cup last night, beating the Netherlands 2-1 thanks to goals from Kylian Mbappé and Olivier Giroud, who clinched the winner after Ryan Babel's equaliser.

The home side were dominant throughout, displaying the defensive solidity and attacking flair that led them to being crowned world champions in July. 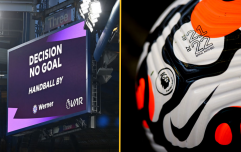 END_OF_DOCUMENT_TOKEN_TO_BE_REPLACED

There was a carnival atmosphere at the game, the fans still riding high from lifting the World Cup win. After the match, the trophy was paraded around a packed Stade de France, and the young squad ensured that it was enjoyed to the maximum.

As each player was introduced to the crowd, many of them threw in a dance to mark the occasion. Antoine Griezmann gave a rendition of the famous Fortnite dance that has become synonymous with the player, while Paul Pogba brought out the Milly Rock before kissing the trophy. Samuel Umititi repeated the flamboyant walk that we last saw after his semi-final goal against Belgium, to much laughter and applause.

Captain Hugo Lloris emulated Germany's celebrations from four years ago, as he lifted the trophy and his teammates fell to the ground like bowling pins.

Hugo Lloris did the honours in a truly special evening in Paris. pic.twitter.com/FgwBOSXNLA 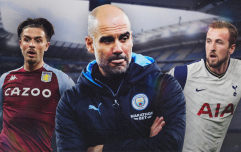 END_OF_DOCUMENT_TOKEN_TO_BE_REPLACED

Then, as the trophy made its way around the stadium, the sing-along started.

The squad, and the stadium, sang N'Golo Kanté's chant, to which the Chelsea midfielder responded with a wide grin, almost begrudgingly accepting that he is indeed small, friendly and that he stopped Leo Messi. 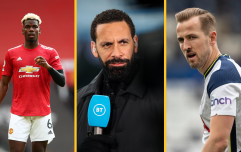 END_OF_DOCUMENT_TOKEN_TO_BE_REPLACED

Then it was time for 'Ramenez La Coupe a La Maison', a song by French artist Vegadream, which translates to 'Take the Cup Home'. Its lyrics are dedicated to the players, who lapped up the moment and brought out some more moves.

Watching it, you'd find it difficult to dislike this French team, unless you're Graeme Souness. The swagger with which they carry themselves is infectious. The song is a banger - imagine Three Lions went French, hip-hop and used autotune. And the players? Well they're World Champions for a reason.

Watch, enjoy, and rinse the song on repeat.

They also couldn't resist an Icelandic Viking clap at the end to finish things off, and who can blame them?


popular
"It's giving the Kerry team a bad image. They don't look like footballers, they look like gurriers." - Liveline has peaked
Bundee Aki overheard in the stands after Faf de Klerk hit on Conor Murray
"That's one of the best races I've ever had" - Coscoran kicks like a demon to seize the day
Eoin Murphy's calls from the goals show Cork they're in for a completely different ball-game
Gatland on his decision to start Bundee Aki, and drop Tadhg Beirne
The SportsJOE 12 o'clock quiz | Day 377
Warren Gatland pulls Joe Schmidt into Lions Tour refereeing drama
You may also like
1 day ago
Tyrone Mings reveals he struggled with mental health during Euro 2020
2 days ago
Mayo will never have a better chance to put Dublin hoodoo to bed
2 days ago
Lamont Marcell Jacobs continues Italy's golden summer with 100m win
2 days ago
QUIZ: Name these five footballers from their career paths | Part 2
3 days ago
Man City submit English transfer record-shattering bid for Jack Grealish
4 days ago
Marcus Rashford to undergo 'imminent' surgery after United consultation
Next Page