Football's greatest heist has been happening in broad daylight for years

The European Super League has a flash website and reams of lofty statements, but public sentiment may yet force a U-turn.

Growing up, one of my best friends stopped going to Manchester United games and vowed he would not give the Glazer family a cent.

He was 26 years old, back in 2005, and was disgusted that his club - a club he had loved with a passion for as long as he could remember - had sold out.

END_OF_DOCUMENT_TOKEN_TO_BE_REPLACED

United had not even sold out to the highest bidder. They had sold out to someone, through their 'Red Football' parent company, that was buying the club with massive, multi-million pound loans that were secured against the club's assets. United are still paying off the interest on many of those loans, 16 years later, while the Glazer family cream off healthy annual salaries and engage very little with the club's fan-base.

Although we were all living in Dublin, my friend had travelled over to Manchester 10 or 11 times a season with his season ticket-holding uncle. When he was old enough, and got his first job, he got his own season-ticket after going on the waiting list. The club were a huge part of his life.

It was a wrench for him to make the decision not to head over for games any more. In 18 years, he has only been back to Old Trafford once and that was for Roy Keane's testimonial match. He felt he owed it to Keane, for all he had done for his club.

He still made trips over to England, but to watch and support FC United of Manchester. The club was started up in reaction to the Glazer take-over of United. It was a breakaway club that wanted to preserve that United ethos of putting the fans at the forefront of its thinking.

Those that did not veer towards that new club stuck it out with Manchester United. Many wore green and yellow Newton Heath scarves to Old Trafford and protested against the Glazers. 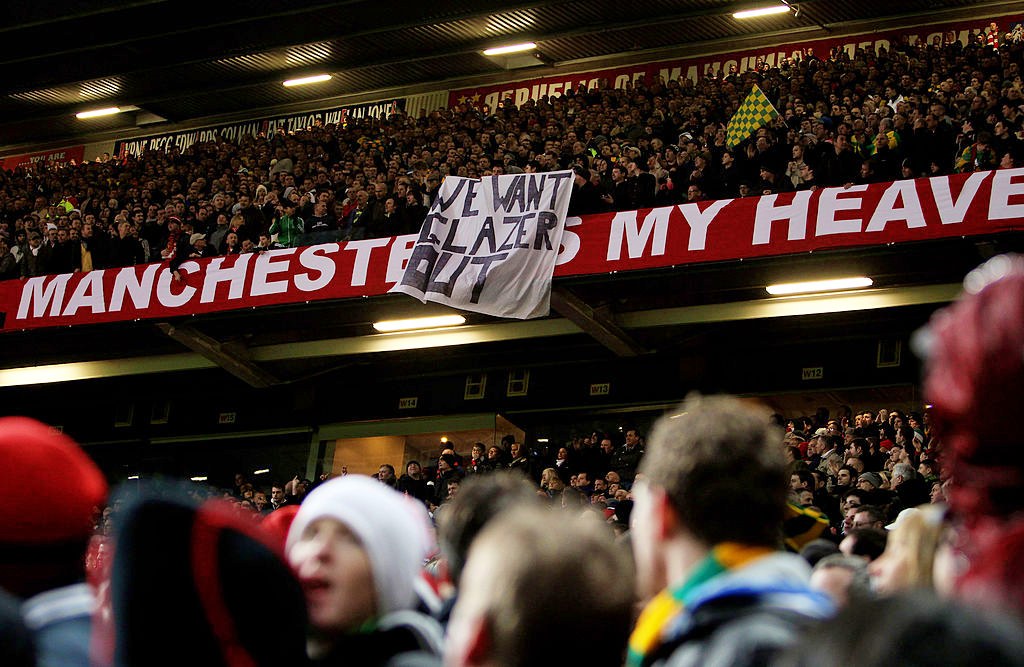 In time, the protests died off. Alex Ferguson, then United boss, backed the Glazers and insisted they were good for the club.

END_OF_DOCUMENT_TOKEN_TO_BE_REPLACED

That was enough for many of the wavering supporters. Fergie's word.

My friend, and thousands more like him, stayed away. They supported the club from afar but they could not bring themselves to go back and hand over money to owners that were sucking it out at a rapid rate.

Reflecting on it, years on, you think of how right they were. They were making a stand, but not enough of them to make it really count. Their season tickets were redistributed and the show rolled on.

Almost two decades on, and after backing his call to stand behind the Glazers over the years, Ferguson has had enough. On Sunday, as talk broiled over the European Super League, the retired United boss told Reuters:

"Talk of a Super League is a move away from 70 years of European club football... Fans all over love the [Champions League] competition as it is. In my time at United, we played in four Champions League finals and they were always the most special of nights."

It was already too little and too late, though.

The cherries on top of the shit-pie that is the European Super League are the names of the men in newly minted positions of power - Joel Glazer (United), Florentino Perez (Real Madrid) and Andrea Agnelli (Juventus). All have cushy numbers in the proposed ESL set-up.

"We will help football at every level and take it to its rightful place in the world," spouted Perez in a PR-spun statement that defies credulity. 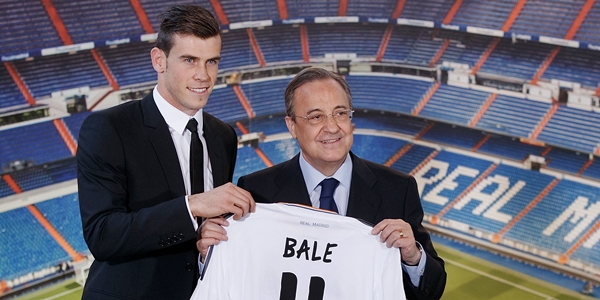 Fans of the 12 clubs involved are livid with their clubs trying to break clear of the Uefa set-up and go it alone. A breakaway could see the clubs involved being removed from domestic competitions and their players barred from representing their countries.

Right now, the move looks to be back-firing but it will be fascinating to see how it all plays out.

In his Telegraph column, former Liverpool defender Jamie Carragher said he is embarrassed his old club is not only associated with the league, but one of the driving forces behind it. He writes:

'To be tainted by association with the European super league is bad enough, but Liverpool’s apparent leading role in threatening football’s competitive ideals – the very ideals which allowed the club to emerge from England’s second division to become six-time European champions – is a betrayal of a heritage they are seeking to cash in on.'

There are not many days when you will find United and Liverpool fans agreeing on such a huge issue in the game. Today is such a day. Supporters of both clubs are united in their horror and shame.

But none of us should be surprised that it has come to this. Football's greatest heist has been happening in broad daylight for years upon years.

It has been happening since teams that finished third and fourth jumped the queue ahead of domestic champions from smaller European leagues.

It has been happening since anyone, no matter their background or dealings, could pass the 'Fit and Proper Person Test' to own a Premier League club.

It has been happening since we all swallowed the stats and proclamations about 'The Premier League era' and chose to ignore over 100 years of First Division football.

It has been happening since Ed Woodward boasted about Alexis Sanchez and Paul Pogba transfer tweets breaking social media records while the club went seasons after seasons without trophies.

A reckoning is coming and it is time for the fans to stand firm on this one by staying away from grounds and not going silent.


popular
Liverpool set £60m Mo Salah price as contract talks continue
Two All-Ireland quarter-finals to be streamed exclusively live on NOW
Patrick Vieira claims he was 'much better' than Roy Keane in new interview
QUIZ: How many of the 10 most successful football counties can you name without making a mistake?
Matt Le Tissier says he asked Sky Sports why they never sacked Jamie Carragher
Ex-Real Madrid defender reveals he used to turn up to training drunk
Éamonn Fitzmaurice explains Aidan O'Shea's best position and how it can be used against Kerry
You may also like
1 day ago
Man United transfer troubles continue as Erik ten Hag's budget is 'capped'
2 days ago
Zinedine Zidane explains why he would never manage Man United
2 days ago
Steve McClaren issues warning to Man United players
2 days ago
Richard Arnold: A behind the scenes look at how Man United fans' unlikely meeting with the CEO happened
4 days ago
Christian Eriksen reportedly becomes latest player to turn down Man United
4 days ago
Rio Ferdinand on the four Man United players who could be sold this transfer window
Next Page