This will be a special night.

You can just picture it, 51,700 spectators crammed into Dublin's Aviva Stadium, the flood lights on and two of the finest teams in Europe playing on Irish soil.

The Irish capital will be hosting the 2024 Europa League final after the four Euro 2020 games that were set to be there, had to be moved.

Organisers Uefa said the decision to host the final at Dublin's Aviva Stadium was part of a "settlement agreement".

This will prove to be a silver lining for Ireland missing out on this summer's international tournament, and who knows, maybe it will be an Irish side playing in it. 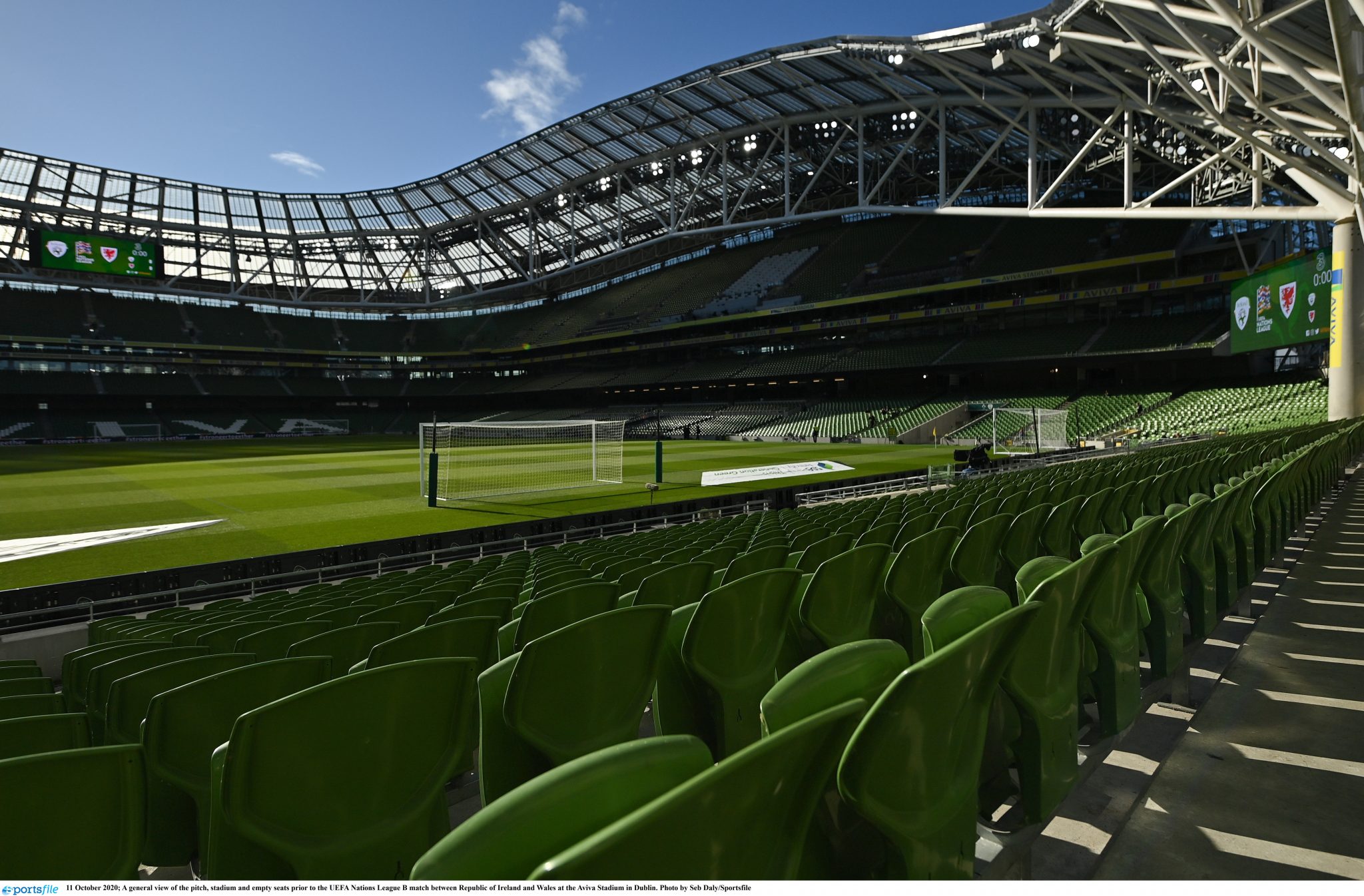 
popular
"There are clubs in every county that you just know - they like fighting." - Fighting passes on through the generations
Alex Ferguson wrote Mickey Harte a letter - ex Tyrone boss reveals in new memoir
GAA at its best as Bellaghy players run into team-mate who buried his father that morning
"I'll go back running the roads now and make sure my body doesn't get lazy"
“How it finished was not the way I would have chosen" - Mickey Harte reveals how his time with Tyrone came to an end
New footage shows exactly what Deontay Wilder said to Tyson Fury after trilogy fight
Somehow Pat Spillane's 1981 cruciate rehab routine hasn't survived the test of time
You may also like
2 days ago
Will Connors on what it's like to play under Johnny Sexton's fiery leadership
3 days ago
Johnny Sexton still the king, but Andy Farrell faces huge decision
3 days ago
Ireland manager Stephen Kenny admits that "60 to 70% of our best players are defenders"
6 days ago
Callum Robinson performance shows Ireland what could have been
6 days ago
Player ratings as Callum Robinson's double wins it for Ireland
6 days ago
Two Irish prospects feature in The Guardian's top 20 Premier League best talents
Next Page