The FA Cup wouldn't be the same without a story involving a lower league goalkeeper and food. And Fleetwood's goalkeeper Chris Neal will be eating well in 2018. 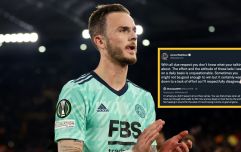 END_OF_DOCUMENT_TOKEN_TO_BE_REPLACED

He was promised a year's worth of pizza if he kept a clean sheet against the 2015-16 Premier League champions. With two divisions between the teams, that sounded like a hard ask, but Fleetwood were more the more threatening team, with 14 shots compared to Leicester's 8, none of which were on target.

A fine afternoon's work for the 'keeper means the club's new sponsor, Papa John's, will provide Neal with a year's worth of pizza.

🎥 | What a feeling - what a performance. What a proud day to be associated with #ftfc... 😁 pic.twitter.com/bXvf4DOoio 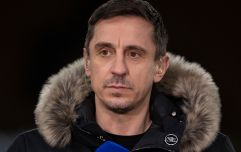 END_OF_DOCUMENT_TOKEN_TO_BE_REPLACED

Things may have been different had Leicester manager Claude Puel elected to play his star striker Jamie Vardy, who used to ply his trade for Fleetwood in 2011/12, when he scored 31 league goals that earned him his move to Leicester.

"I hope Vardy plays," Neal said before the match. "You want to play against the best players you can."

It's nice to see a goalkeeper more focussed on competing at the highest level possible rather than what he'll be eating after Pie-gate in last season's FA Cup tie between Sutton United and Arsenal.

It remains a mystery whether Neal will be eating pizza every day this year. One assumes the club's dietician would advise against it, especially if he wants to be in good shape for the replay at the King Power, when the Cod Army will hope to finish off the Foxes.