It's hard to recall a turn around quite as drastic as that of Granit Xhaka's Arsenal career, as the metamorphosis of villain to hero has come full circle.

Few predicted that the midfielder would even be at Arsenal following his reaction to the fans boos a few seasons ago, and Thierry Henry's continued criticism of the player.

However, both Xhaka and his manager Mikel Arteta stuck to their guns, put their heads down and continued to work hard and now they are winning the fans back on side, as Arsenal defeat Tottenham in the North London derby. 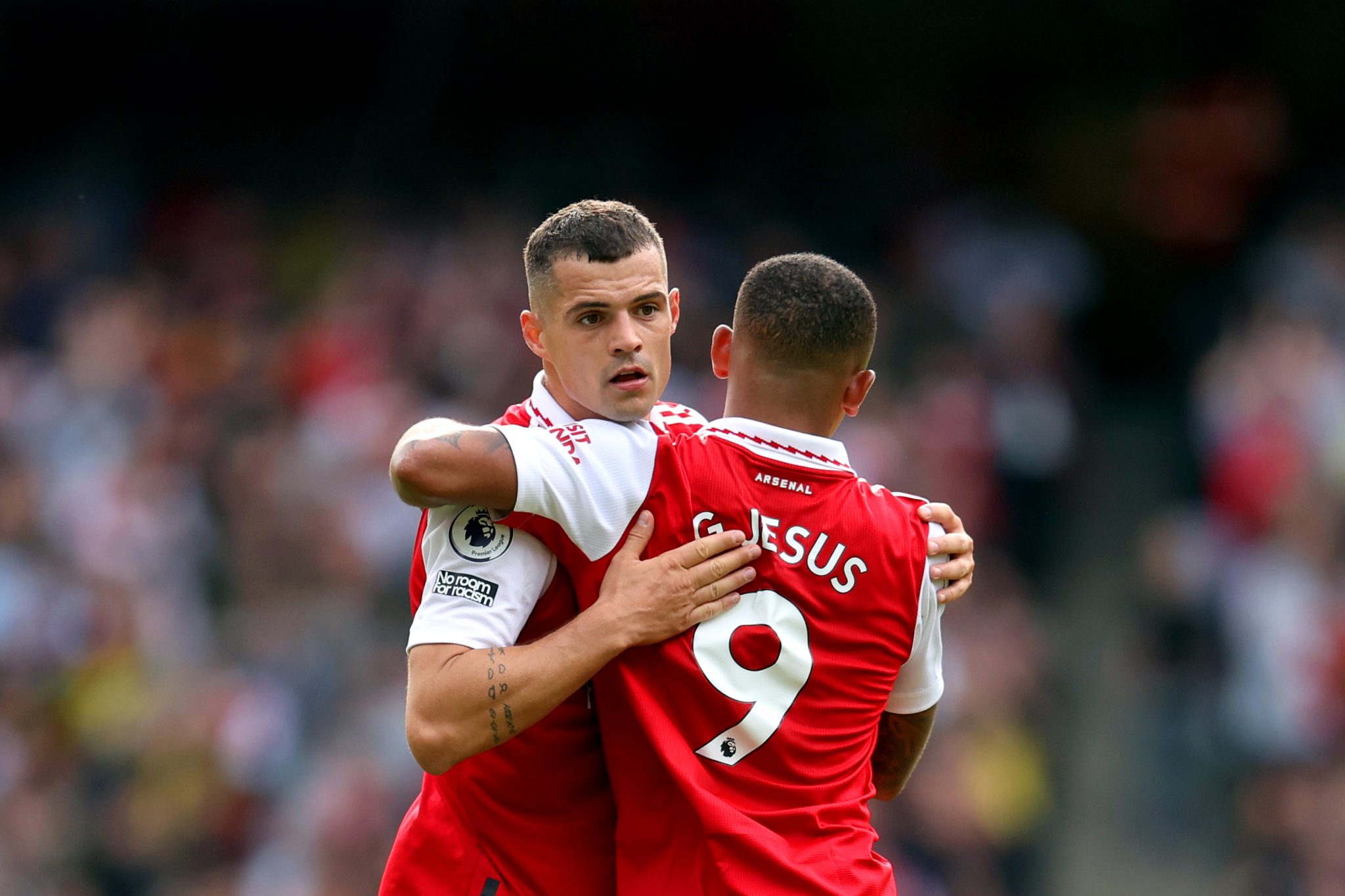 END_OF_DOCUMENT_TOKEN_TO_BE_REPLACED

They now go top of the league with a four point gap over Manchester City and not only did Xhaka score the third of Arsenal's three goals, but he picked up his first Premier League Man of the match award.

Gabriel Jesus, who was also on the scoresheet following a Hugo Lloris blunder, presented his teammate with the award, and was quick to bring the Switzerland native back down to earth.

Gabriel Jesus is all smiles after his side's win in north London as he talks derbies, goals and gives Granit Xhaka the man of the match award... ❤️🇧🇷 pic.twitter.com/IBgpYII48G

"Finally, about time", was the first thing the Brazilian said as he poked fun at Xhaka. 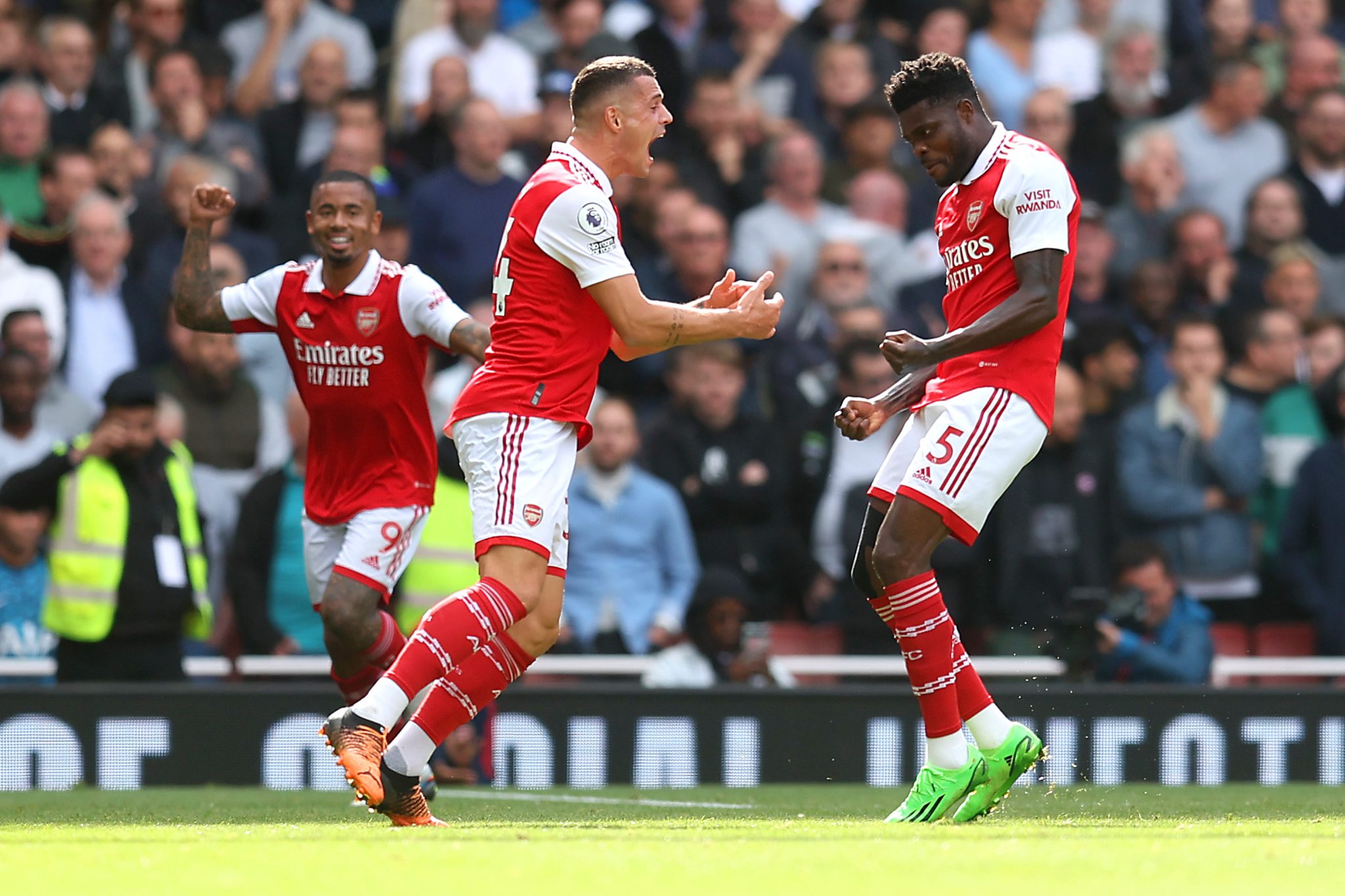 "After seven years I get my first" laughed the recipient, but the clearly delighted Xhaka is feeling like most Arsenal fans right now.

It's still early in the season, but you have to enjoy the good times when they come, and the Gooners are in dreamland.


popular
World Cup 2022 Day 10: All the major action and talking points
"I can absolutely say that I have never enjoyed a job more" - McKaigue revelling in new role as Slaughtneil GPO
Iran demand action by FIFA after USA team change flag on social media
World Cup protester releases defiant statement after pitch invasion
"I have equal love for football and hurling" - Sheehy set for two Leinster finals in two hours
World Cup 2022 Day Nine: All the major action and talking points
"I appreciate Moycullen now more than ever" - Cooke's American lifestyle from a Moycullen base
You may also like
1 month ago
"That was a little bit over the top" - Lee Dixon on Ben White's interview after Southampton draw
1 month ago
Paul Merson claims that Aston Villa were wrong to sack Steven Gerrard
1 month ago
"Roy Keane was my dream player to play against... he wasn't a clever player" - David Hillier
1 month ago
FA reviewing incident involving Arsenal and Liverpool players after clash
1 month ago
Arsenal fans won't be happy with Jurgen Klopp's Gabriel Jesus comment
1 month ago
Thierry Henry once humiliated teammates in training just to prove a point
Next Page